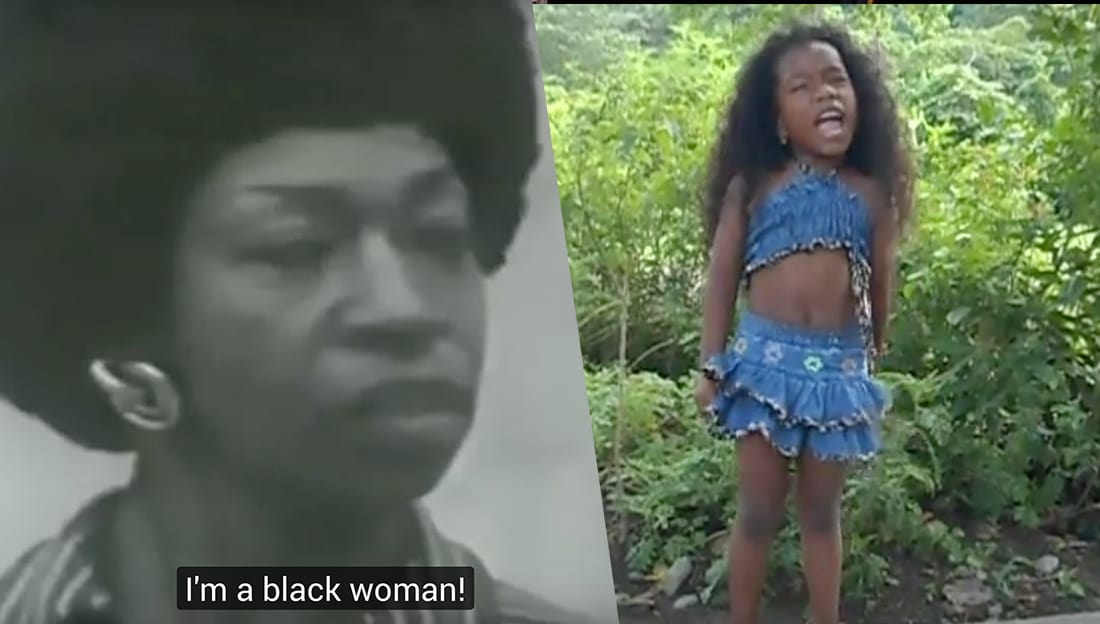 Victoria Eugenia Santa Cruz Gamarra was an Afro-Peruvian choreographer, composer, and activist who is widely regarded as “the mother of Afro Peruvian dance and theatre.”

She lived from 1922 to 2004 and was one of the major players in the revival of Afro-Peruvian culture and Afrocentrism in Peru that took place during the 1960s and 1970s. In tribute of her impactful work, her poems, specifically “Me Gritaron NEGRA” (They Called Me Black) recited by young Afro-Peruvian and Afro-Ecuadorian girls have started to spread across the internet.

“Me Gritaron NEGRA” is a poem which follows Santa Cruz’s journey to accept and embrace her blackness, starts out with her telling the story of how at the a very young age started to shout “Negra” (the spanish word for Black) at her on the street everywhere she went. This shamed her into straightening her hair and wanting to lighten her skin but eventually she realized the beauty of her blackness and that the truth of this beauty was being hidden from her.

The original version of the poem recited by Santa Cruz is EXTREMELY powerful and might even give you chills.

What is even more powerful than the poem itself is that young Afro Latinas who are the age of Santa Cruz at the beginning of the story that she tells in the poem are now reciting the poem and the message is going viral. By reciting this poem at this young age, these girls, who are Black just like Santa Cruz, are able to take this woman’s story and find pride in it. They are able to put words to their struggles of living in a society with eurocentric beauty ideals and recite this peom as a reminder to themselves about how beautiful and strong they truly are.

Check out this video from Ecuador of a little girl reciting the poem.