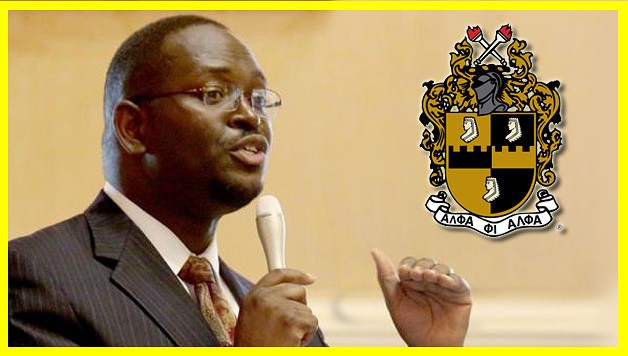 As soon as we at WatchTheYard.com head about the death of Alpha Phi Alpha Bro. Reverend Clementa Pinckney, we reached out to the Alpha Phi Alpha Fraternity, Inc. Headquarters in Maryland to get an official statement.

The fraternity quickly responded to our request and Bro. Bryan J. A. Kelly, the fraternity’s Director of Communications sent us the following statement regarding the tragic death.

Last night, a white man in his early 20s walked into Emanuel African Methodist Episcopal Church, a historic African-American church in Charleston, South Carolina, spent an hour in a prayer meeting, and then opened fire, killing nine people. Included among those killed was the pastor of the church and current state senator, the Honorable Clementa C. Pinckney, who happens to be a member of Alpha Phi Alpha.

Bro. Pinckney was not the only Divine 9 member killed in the attack. Rev. Sharonda Coleman-Singleton and Soror Cynthia Graham-Hurd of Alpha Kappa Alpha Sorority, Inc. were among the nine people killed while worshipping.

We commend Alpha Phi Alpha for calling this attack what it is– a “terrorist” attack. Many in the media are shying away from using this term which has been coded, misconstrued and only used when the attackers are islamic extremists or of middle eastern heritage. At the end of the day, Bro. Pinckney and the eight others killed were victims of a terrorist attack and targeted because the color of their skin. There is no way around it.