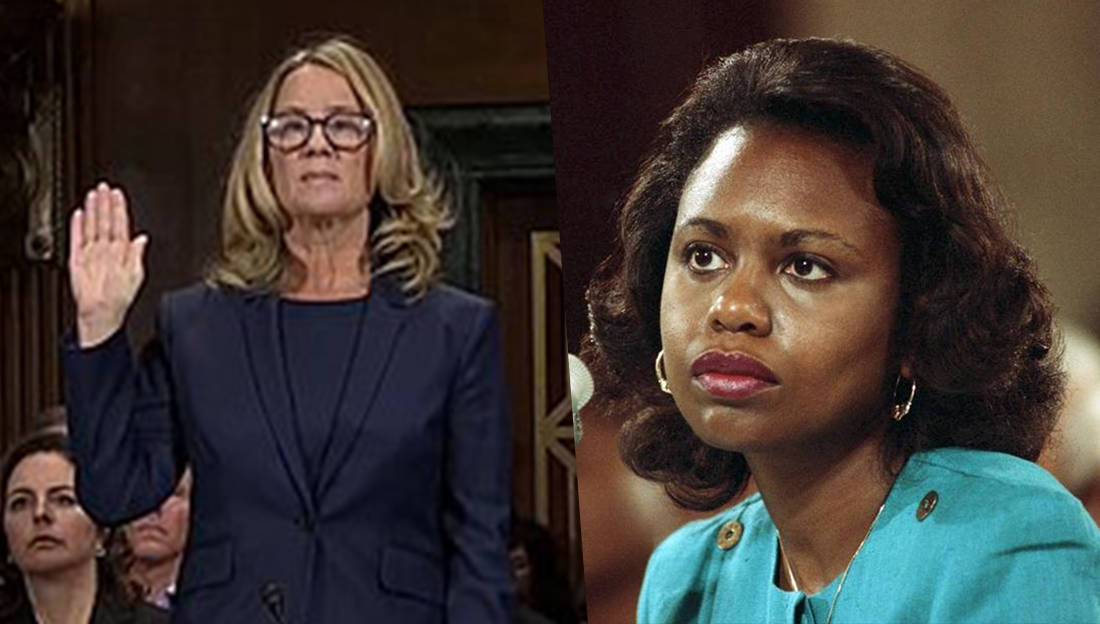 The women of Zeta Phi Beta issued a statement Tuesday urging members of the sorority and its auxiliaries to contact their senators and let them know their opposition to Judge Brett Kavanaugh’s Supreme Court nomination.

In the statement which was publicly shared on the sorority’s website and their official Facebook page, the sorority drew parallels between the Ford-Kavanaugh hearing and the treatment of Zeta Phi Beta soror, Law Professor Anita Hill twenty-seven years ago when she testified before the Sentate Judiciary Committee during Justice Clarence Thomas’ confirmation hearing in 1991.

Dr. Anita Hill, Esq. was inducted into the sorority as an honorary member on January 7th, 2017.

“Proffesor Hill was accused of being ‘mentally unstable and delusional,'” the Zetas stated in the statement they released on Tuesday.  “Her testimony was discredited by many of the same men who confirmed Justice Thomas to the highest court in the land in 1991, and are still serving on the Senate Judiciary Committee  responsible for evaluating the testimony of Dr. Christine Blasey Ford.”

“During her testimony, Dr. Christine Blasey Ford detailed her sexual assault experience that allegedly occurred thirty-six years ago. Professor Hill and Dr. Ford’s efforts to end sexual misconduct, as well as, the subsequent treatment of those who reveal these behaviors align with the #METOO Movement and should be applauded. Like those brave women, we can no longer sit silently by and accept the denigration of women in our society. ‘We believe both women!’” 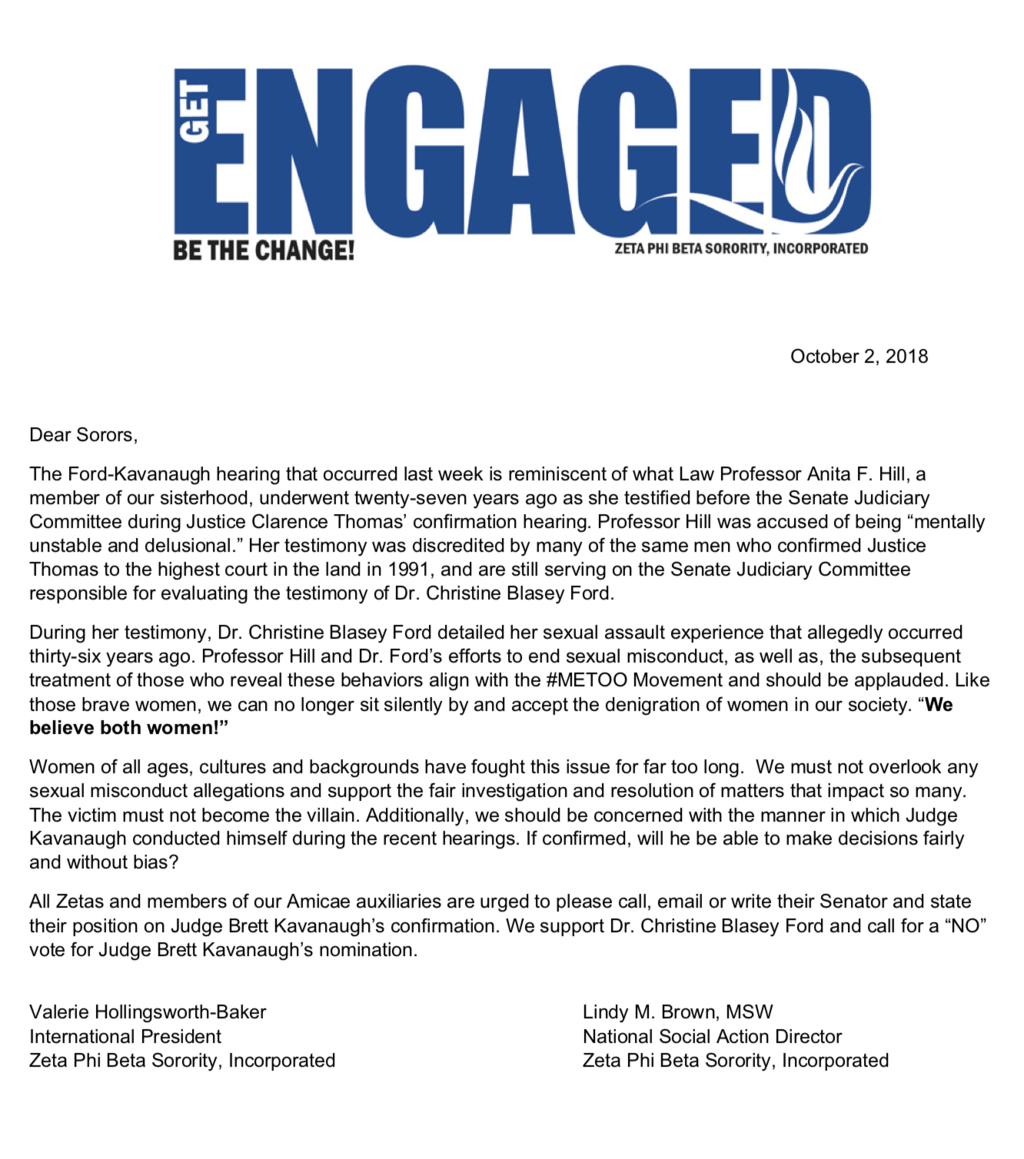 Dr. Anita Hill gave her personal thoughts on the Kavanaugh hearing at Fortune’s Most Powerful Women Summit in Laguna Niguel on Tuesday.  “I wouldn’t confirm him,” Deadline quotes her saying. “I wouldn’t, because I saw a demeanor that I think was inappropriate for a judge.”

“Anyone who lies in a Senate Judiciary committee hearing should not be on the Supreme Court,” she said.