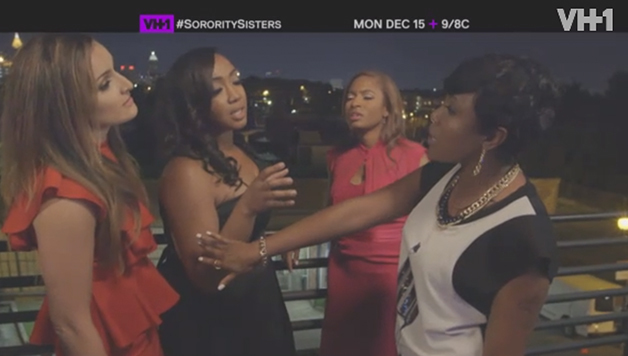 So you hate Sorority Sisters and want to do something effective? Good. But you have to know how it all operates.

1. These shows are in the can, so if you are simply telling VH1 that you’re mad, they don’t care. They’ll keep playing them.

2. If you say that you won’t watch, they won’t care. Plenty of people will watch, and enough to be a success.

2a. Advertisers purchase time on VH1 without picking a particular show. Instead, they simply say, “Put me on a show at a certain time, that targets a certain demographic. So guess what, they’re JUST as surprised as you that they’re on #‎SororitySisters…

So how do you win? Glad you asked…

3. Every television advertiser is very cognizant of their social media presence, and as a result, their reputation in social media. They spend a LOT of money to get people thinking about their product on Twitter (in particular) in the way they’ve plotted it for months. What is their nightmare?

When a bunch of people drive their social media message to the negative, and when I mean negative, I mean to where you make it trend negatively. Don’t believe that all publicity is good publicity. That’s a lie. It may bring awareness, but not good publicity. So what do you do to get VH1 to pull their programming.

4. Watch. Yes, watch. But as you watch, WATCH THE COMMERCIALS. Identify the advertisers QUICKLY, and then send negative tweets with the following:

b. #SororitySisters hashtag so that it trends to people who don’t know about what you’re doing.

Also, if you’re VERY specific about what product you’re NOT going to buy because of their support of #SororitySisters, then you win even more. So here’s a typical effective tweet:

“#SororitySisters is offensive to black women. @nissan, I’m not buying your XYZ car cause you support it. #‎boycottnissan [#BoycottSororitySisters]”

Most major brands have a war room where they look at a real time screen and can see where their name comes up, both positive and negatively. If it’s negatively, a big ole red circle starts to build. By making that circle really red, it gets put in a report, and folks start investigating. And when folks start investigating, they start weighing: Do I want to piss off one million potential buyers of my product, or do I simply call VH1 and tell them to put me on something else, and get rid of the problem? When that happens enough, guess what? Other advertisers hear about it and, “Hell NAW!” is what they say when THEIR product is next to Sorority Sisters. And boom, no more Sorority Sisters.

BTW…the KEY is to NEVER let up. Even after the show is over, KEEP TWEETING.

This article was written by Alpha Phi Alpha member Lawrence Ross. He is the author of “The Divine Nine: The History of African American Fraternities and Sororities.” 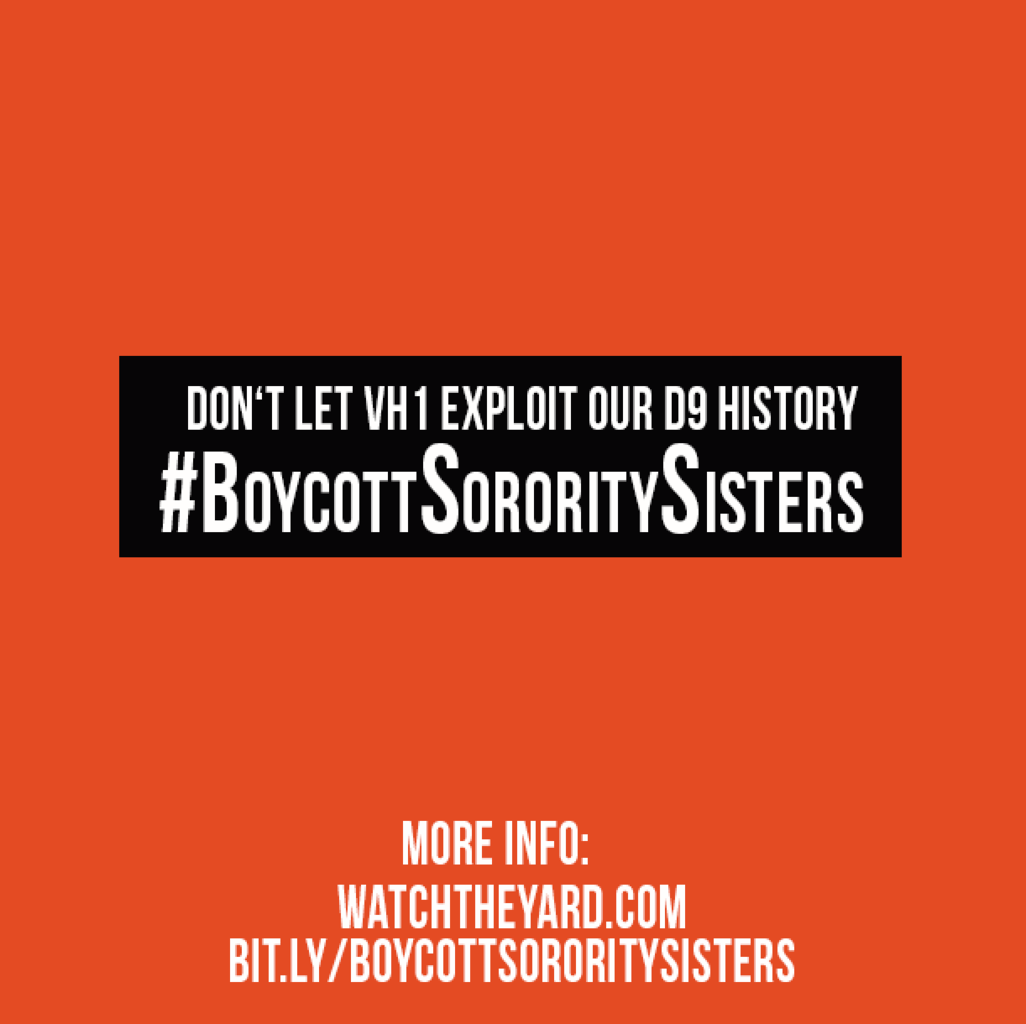