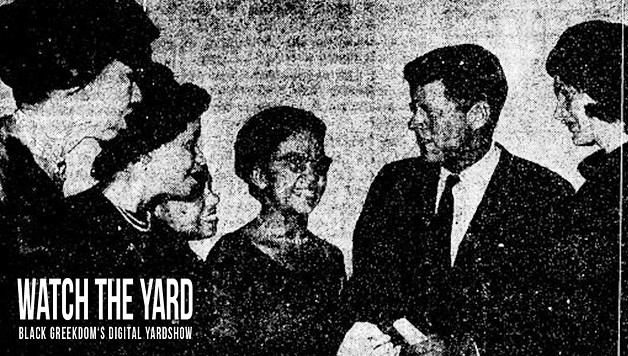 WatchTheYard.com was just submitted this rare photograph from John F Kennedy’s days as a US senator in the 1960s. The photo was taken at Howard University at an American Council on Human Rights workshop and features national officers of all four Divine 9 sororities.

It is interesting to note that many of the women would later go on to do major things for their sororities. Dr. Lorraine A. Williams of Sigma Gamma Rho for example, would go on to be the 9th & 12th International Grand Basileus of her sorority and 1st African-American female Vice President for Academic Affairs at Howard University. 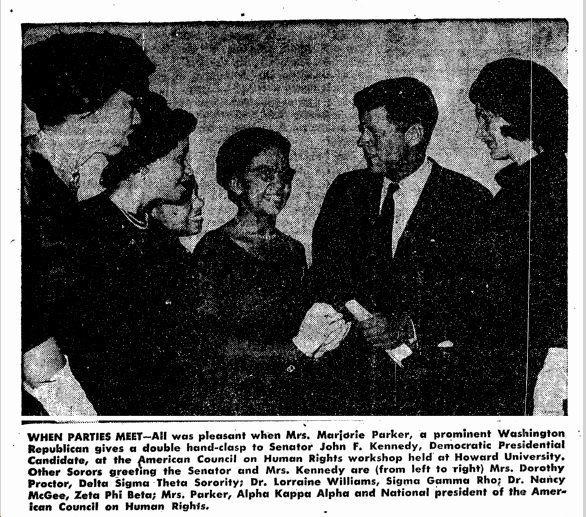 The caption below the image states: