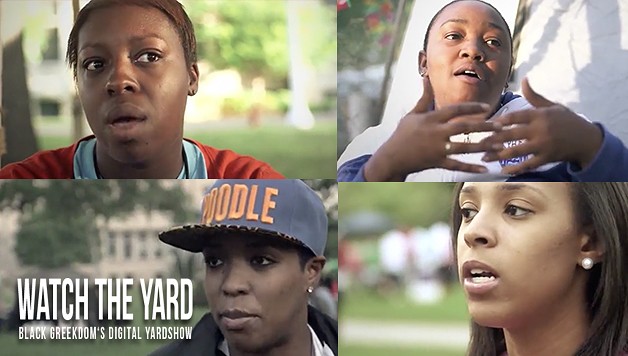 The women of the Divine 9 are speaking their minds.

Despite petitioning against the show earlier this year, VH1, the makers of the ‘Love & Hip Hop’ reality TV franchise, have decided to go forward with their new show ‘Sorority Sisters’, which is scheduled to be aired on Monday, Dec. 15th. While many are upset with the network ignoring the request of almost 40,000 petitioners, others are asking what are the next steps to combat the tone and potential discourse surrounding the show. In this episode of the Beyond This Place VLOG, two proposed perspectives on ways people can voice their displeasure with VH1 and the premise of “Sorority Sisters” are brought to the table.

Watch the video below to find out what women of Alpha Kappa Alpha, Delta Sigma Theta, Zeta Phi Beta, and Sigma Gamma Rho have to say about their thoughts on the show. Do you agree with them? Let us know in the comment section below.

Beyond This Place is an independent documentary project that examines the rich culture of Black Greek Letter Organizations (BGLOs). Born during the Jim Crow era of American history, Black Fraternities and Sororities have helped to shape the social, political and cultural consciousness of post-emancipated America. Through personal stories, academic analysis, photographs and archival footage, Beyond This Place seeks to examine the history of BGLOs while at the same time posing a complex question: “What is the role of Black Greek Letter Organizations in the 21st Century?”