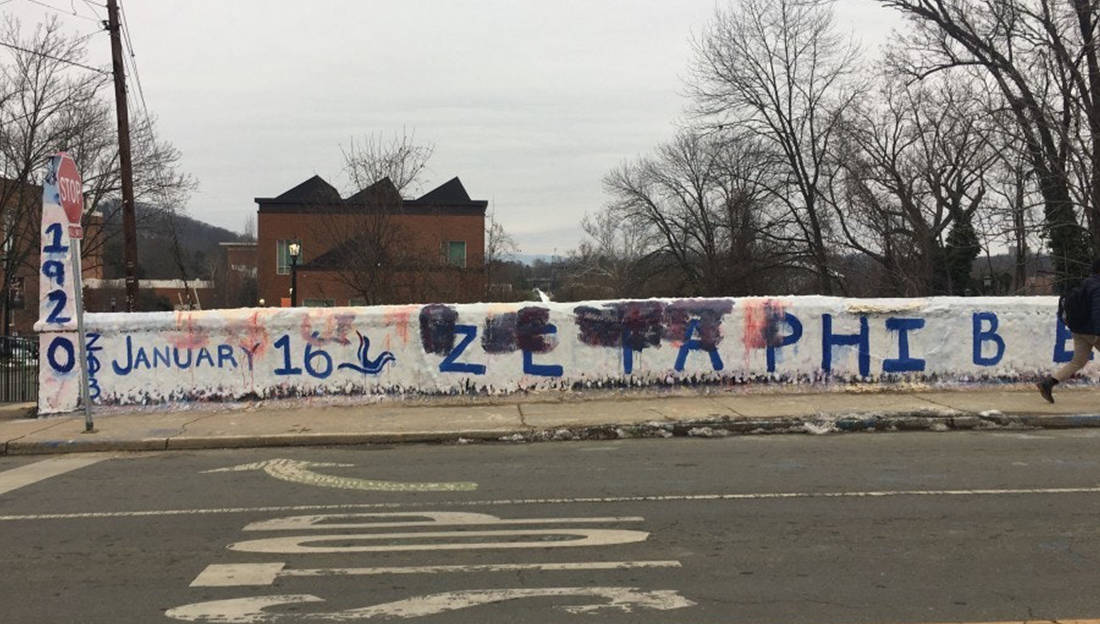 A painted mural celebrating the Black sorority Zeta Phi Beta’s Founders’ Day was vandalized on January 17 with what many are calling a white supremacist slogan at the University of Virginia in Charlottesville, Virginia.

The sorority, which was celebrating their 99th anniversary on the 16th had painted the Beta Bridge on campus with their sorority letters, colors and founding year but the next day woke up to find the words “It’s OK to be white” painted over their celebration message.

“On its face, the statement is both innocuous and obvious. It is OK to be white. But the intent of the flyer’s author is not to state the obvious. It is to find sympathizers to the white nationalists’ cause,” Richard A. Baker, the president of the American Association for Access, Equity and Diversity, told Inside Higher Ed via email.

The bridge, which is located on Rugby Road, has been painted by  U.Va. students  and student groups as a way to share information with the student and faculty community since 1926.

“Graffiti and comments that are hateful or aimed to intimidate others are inconsistent with our shared values and have no place anywhere in our community,” University spokesperson Anthony de Bruyn said in an email statement to The Cavalier Daily, the student newspaper who broke the story.

“Over many years, Beta Bridge has become a public forum for the community, similar to the free speech wall in downtown Charlottesville,” de Bruyn told The Cavalier Daily. “Although the bridge is city property, it is seen by many as a place where the University community can share messages about important events in the life of the University.”

On Friday, the University sent out an email condemning the graffiti calling it, “racially motivated targeting of the sorority’s positive message on Beta Bridge.” They followed by stating, “We are very glad Zeta Phi Beta is part of the UVA Greek community and this institution is better for their presence here.”