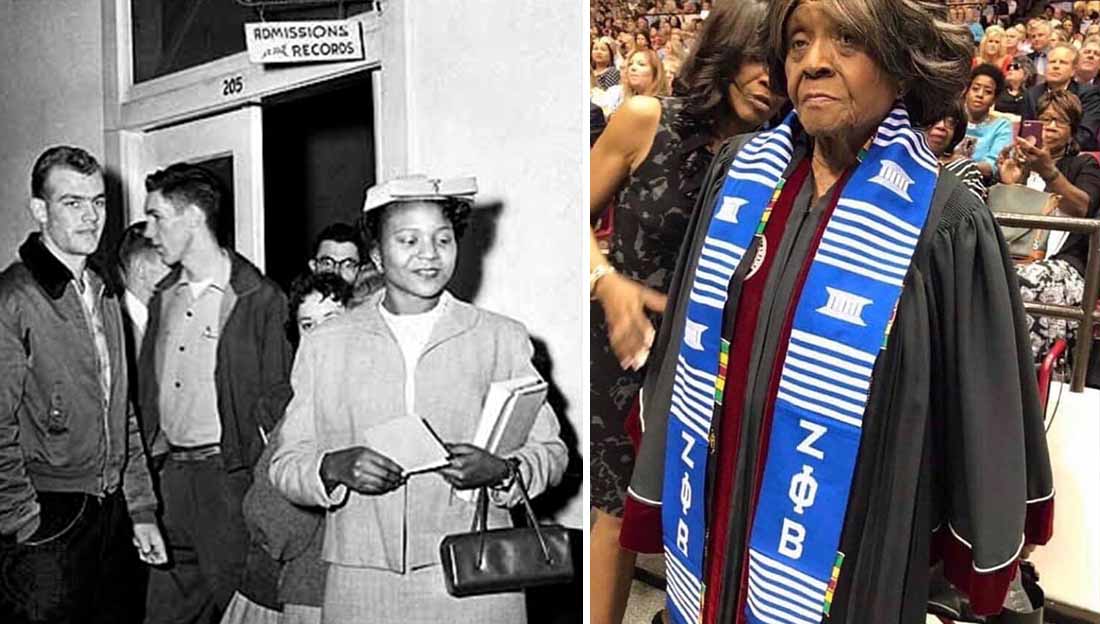 The first black student to ever enroll at the University of Alabama, Autherine Lucy Foster, was presented an honorary doctoral degree on Friday.

Foster, a member of Zeta Phi Beta Sorority, Inc., enrolled into the University of Alabama 1956. According to a statement released by the university, she “initially applied to UA in 1952 after earning a degree in English from Miles College that same year. However, her acceptance was rescinded because she was not white. A federal court order later reversed that decision, and Foster enrolled at UA in 1956. The blueprint for contemporary diversity and inclusion was laid out when Foster attended classes for just three days in 1956 and was later removed from campus due to riots and threats against her life.” 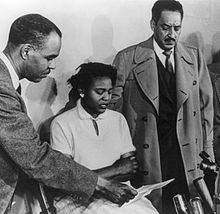 She earned a master’s degree in education from UA in 1991, more than 35 years after attending her first class. 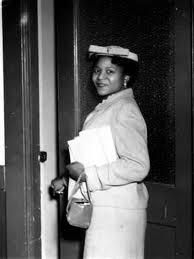 “A native of Shiloh, her dismissal from 1956 was officially annulled in 1988, paving the way for her return to campus. She would re-enroll at UA with her daughter, Grazia, and the two would graduate together, with Lucy Foster earning a master’s degree in elementary education,” the press release stated.

“It’s truly a privilege to award Mrs. Foster with an honorary degree from The University of Alabama,” said UA President Stuart R. Bell. “Her tenacious spirit, gracious heart for helping others and unfailing belief in the value of education and human rights positions Mrs. Foster as a meaningful example of what one can achieve in the face of adversity.”