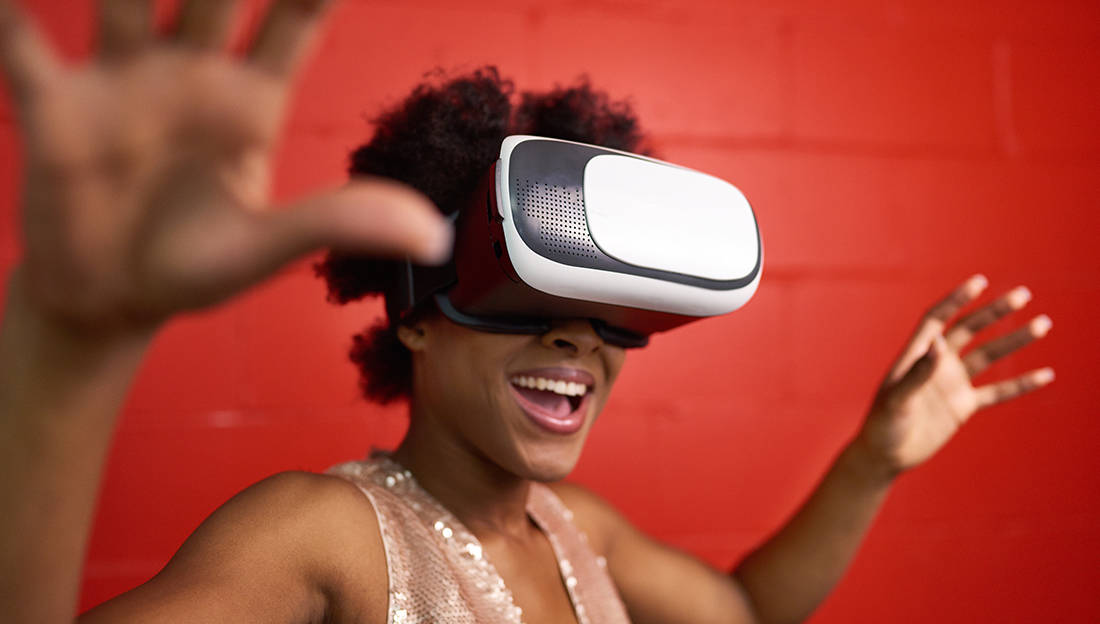 What if you were able to be a spectator at your own probate? What if a grandfather who crossed into a Black fraternity but was old to travel across the country to see his grandson’s unveiling was able to view the probate as if he was sitting in the front row. What if you could walk into an inner-city school in the Detroit and transport a 16-year-old girl to Spelman, Howard, Hampton, or Tuskegee, showing her the beauty and power of being at an educational institution where everyone looks like her, inspiring her to want to go to an HBCU.

That is what we at Watch The Yard are trying to do and that is what we are already doing. Over the last couple of months, we have secretly been working with videographers and students from across the country and shooting immersive virtual reality experiences with the power of VR technology.

Instead of watching the screen in front of them, we are able to use emerging Virtual Reality technology to bring the viewer inside of the experience and interact with the 3D world as if they were actually there.

“Over the past couple of years, Watch The Yard has been able to do this in a way that has never been done before especially among members of Black fraternities and sororities who have become more connected than ever because of the success of our platform. Until now, it was through videos and articles, but because of advancements in VR technology we are now able to transport students to other schools, letting them experience the colleges and universities as if they were actually there.”

Since its inception, Watch The Yard has focused on the collection and curation of historical documentation of the videos of Black fraternities and sororities and Black college culture from throughout the years. The website has prided itself on being the only place where one can see videos of Black fraternities and sororities from when college students first got access to video cameras in the 1970 and 1980s and were able to easily shoot cultural events like probates and step shows.

“We have people who crossed in the early 80s going into their closets and dusting off old neophyte presentation and step show videos from college, digitalizing them and sending them to us to add to our collection,” Rabb stated.

This move to VR technology by Watch The Yard will help the platform’s goal to be able to strengthen the historical documentation of the experience of Black college students in a revolutionary way. 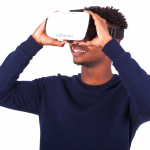 “How amazing would it be to be able to be transported to Howard University’s yard and see what the class let-out looked like in 1930, 1940 or 1975? With VR technology, we are able to capture this and let future generations be able to see what HBCU’s looked like in 2017,” Rabb stated.

Not only is this a tool for documentation, Rabb stresses that it is an amazing tool to promote the HBCU experience to people who would not have come in contact with it.

“Not everyone has the money or resources to do college tours across the nation. There are thousands of quality Black candidates each year who look over HBCUs because they do not have the opportunity to see what HBCU campuses and culture look like. With this VR technology, we are able to give these immersive tour experiences to anyone who has access to the internet. You can have a whole class of kids in Brooklyn take a virtual tour of FAMU’s campus without leaving their desks as long as they have access to smartphones. This is extremely powerful,” Rabb stated

So far, Watch The Yard and Watch The Bands have teamed up with independent VR companies to produce and publish the first-ever probate and stroll. Production on virtual tours of campuses has already begun and will be launching to the public in the very near future.

Check out some of the VR experiences below.

This video of the first-ever VR probate done by the Beta Psi Chapter of Omega Psi Phi at Clark Atlanta University was shot by 2 Reel Virtual Studios in partnership with Watch The Yard.

If you viewing this from a desktop hit play and then click and drag you mouse over the screen to move within the video.

To view on a smartphone, tap on the video to start playing and then tap on the title of the video within the video so that the video opens up in the YouTube App. Move the phone around and it will feel like you are inside the video. If you or someone you know has a VR headset we highly recommend viewing the videos with them for the full experience.

To view these videos on a smartphone, tap on the video to start playing and then tap on the title of the video within the video so that it opens up in the YouTube App.

This video of the Chi Chapter of Phi Beta Sigma at Morehouse strolling was shot in April by Watch The Yard in partnership with Atlanta-based Axs GRNTD.

Watch The Yard is looking to bring this technology to as many colleges, and fraternity and sorority chapters as possible. We are also looking to partner with brands, museums and investors and have some very innovative ways for advertisers to engage with our audience through VR. If you are interested, send an email to watchtheyard@gmail.com.