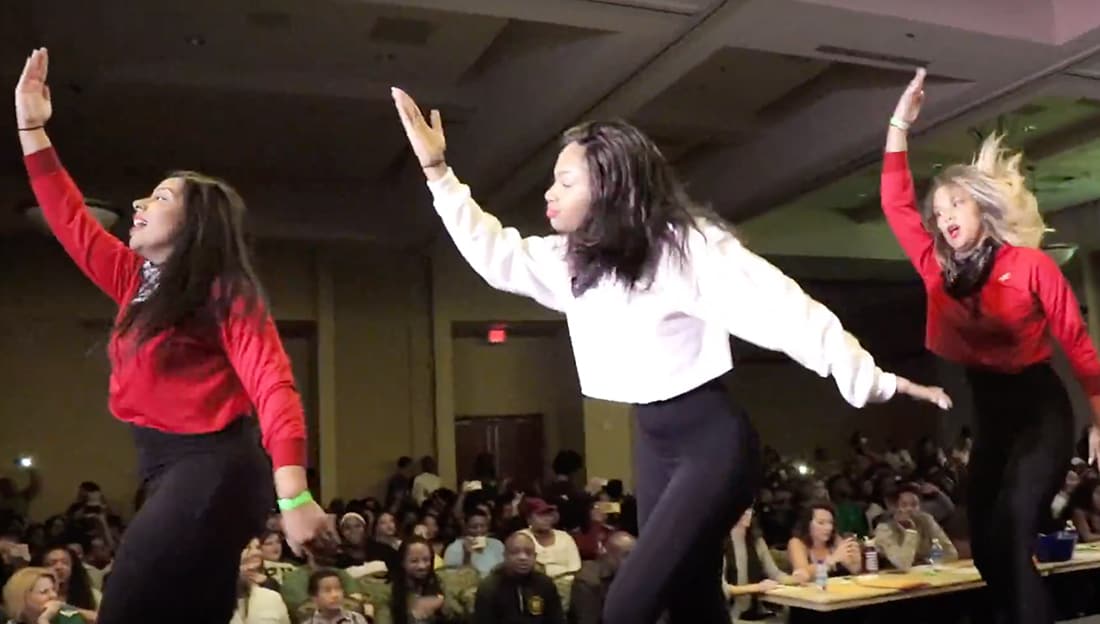 The Deltas at UNC Charlotte closed out one of their recent stroll off performances with a stroll to Pass That Dutch by Missy Elliot.

The Iota Rho Chapter of Delta Sigma Theta Sorority, Inc., held it down on stage at UNC Charlotte’s 2017 Stroll Off Competition. In the first round, they took it back to the 90s. The second round was based on favorite albums, for which they chose Flockaveli by Waka Flocka and for the final round, they brought Missy Elliott back and remade her Pass That Dutch music video as a stroll!

We set the video up so that it will show the Missy Elliot part of the performance but if you want to see their earlier strolls scroll backwards to the start of the video.