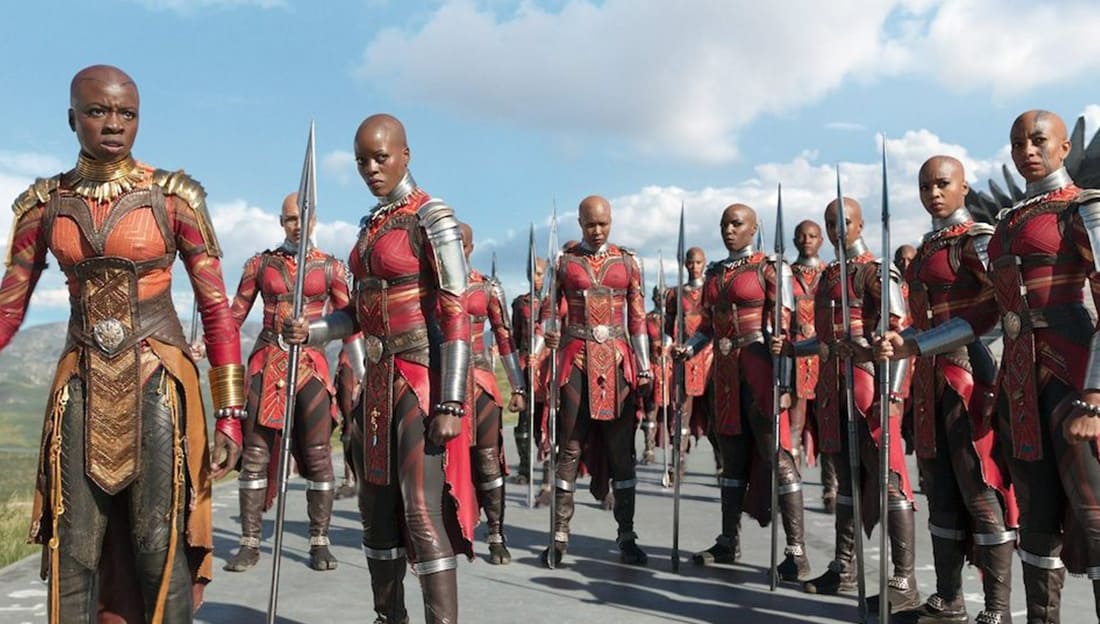 Remember how after the movie 300 came out, every step competition you went to was sure to have one team do a 3oo theme? Like the step shows were great but you would role your eyes and think to yourself, “Damn, they are doing 300 AGAIN???”

Well guess what? There’s a new kid on the block who is coming for 300‘s spot. This kid is way more representative of the Black people stepping and the Black audience watching. It has mass appeal, great costumes and enough elements and small break-off plot lines that can carry political messages to be entertaining and meaningful all at the same time. This kid is named Wakanda. Bye 300.

We are about to see a wave of Black Panther/Wakanda themed elements/influences hit the performance side of the Black fraternity and sorority community. That’s because not only was the movie good, but our community proved they liked it and helped its success. Within the first three days after the movie was released, Black fraternities and sororities hosted over 100 Black Panther screenings across the nation. We paid for our kids, mentees, and parents to see the movie and we celebrated it in a way that has not been seen before with a Hollywood film.

Wakanda as a step show theme is going to be seen all over because it plays with afrofuturism and opens up a whole world where we can see ourselves and develop our own plot lines and stories. Unlike 300, which was a war movie about white men teaming up to fight foreign invaders from the Middle East, the world of Wakanda is full of positivity.

Here are some of the themes you are going to see.

Wakanda is the most technologically advanced nation on earth in the Marvel Universe. The person at the top of all of the STEM in the country is a young Black woman. Modern step shows are the best when they include flawless stepping and a message that the audience can leave with. Think of how much good a black woman in tech step show would do to an audience of children and young people.

The “Tribes of Wakanda” Theme –

You can do more research on this if you want but essentially Wakanda is broken up into multiple tribes. The tribes use some of the colors and animals associated with Black fraternities and sororities.

They are the protectors of Wakanda and they are STRONG black women. They fight as a unit and they are extremely effective. You already know this is about to be a step show theme.

The “Ceremonial Battle for King of Wakanda” theme

This is probably going to be the most popular theme. A step show that follows a battle for the King of Wakanda based off of competing against other orgs on the yard. Each step would be against a different challenger(org) until the stepping team is named the King of Wakanda.

While we know that eventually, much like 300, this step show theme will be run to the ground and overused. We are perfectly fine with it because of the representation, the fun and the pride.

So move over King Leonidas, T’Challa is taking over.