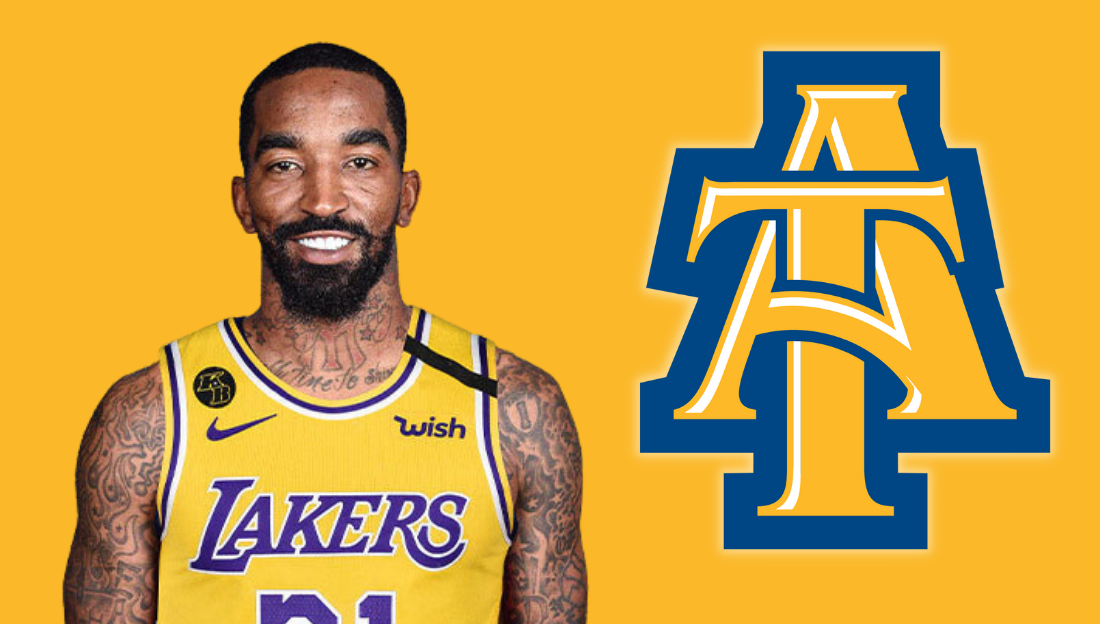 J.R. Smith may skipped having a college experience because he was drafted into the NBA straight from high school in 2004 but the 35-year-old announced today that he is enrolling at the HBCU North Carolina A&T.

The recently retired basketball star and 2-time NBA champ made headlines Wednesday after word got out that he is enrolling at the HBCU to pursue a degree in liberal studies.

“One of the best liberal studies programs is at A&T and it just so happens I’ve got deep roots in Carolina with Chris Paul, C.J. Paul,” Smith told CBS affiliate WFMY . “It’s been a long time since I’ve been in school. I’m excited though. It’s new challenge. I’ve got nothing but free time right now. Between raising kids and going to school, my schedule is pretty full.”

“Golf is one of those games that can have you feeling really high or it can bring you down to your knees and humble you,” Complex quotes him stating. “To have that feeling and knowing that all of the game is pretty much on my own hands and I don’t have to worry about teammates to pass the ball to, receiving passes and playing defense — I can just play my game and have fun.”