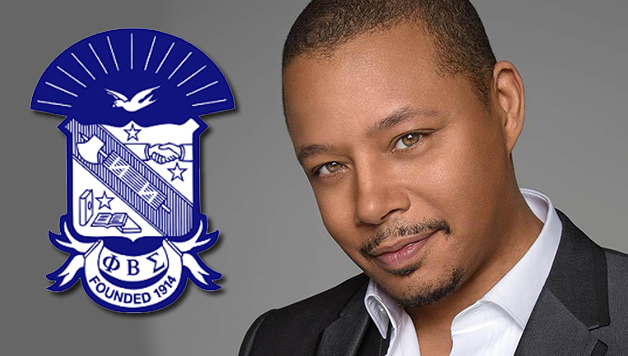 It is true, Terrence was inducted into Phi Beta Sigma in 2010 in Philadelphia.

When asked about being a new brother of the fraternity right after his formal ceremony, Terrence told Examiner.com:

“In our day and age where we’re inundated with this apathy that seems to have covered over most of mankind, and most of the world, we’re at a time when the love of the greater number has cooled off because we’ve forgotten how closely related we all are. To be a member of Phi Beta Sigma is to represent the community as a whole, because we are all formed from one man. Anytime you recognize the humanity of another person, you recognize the creation of God in that person — and you recognize your own responsibility towards that person, because to look out for another man is to look out for yourself.”

“Mr. Howard represents the ideas and the principles of our organization which are, ‘Brotherhood, Scholarship and Service,’“ explained Darryl T. Williams, Phi Beta Sigma’s 24th Eastern Regional director to Examiner.com. “It’s always a means of giving back. That’s 99 percent of what we do is give back and be involved in our community, educate our youth and young college students. We’re hoping he’s able to use some of his star quality to bring more public acknowledgment to Phi Beta Sigma and the things we do.”

Click on the arrows below to see pictures of Terrence right after his induction into Phi Beta Sigma.