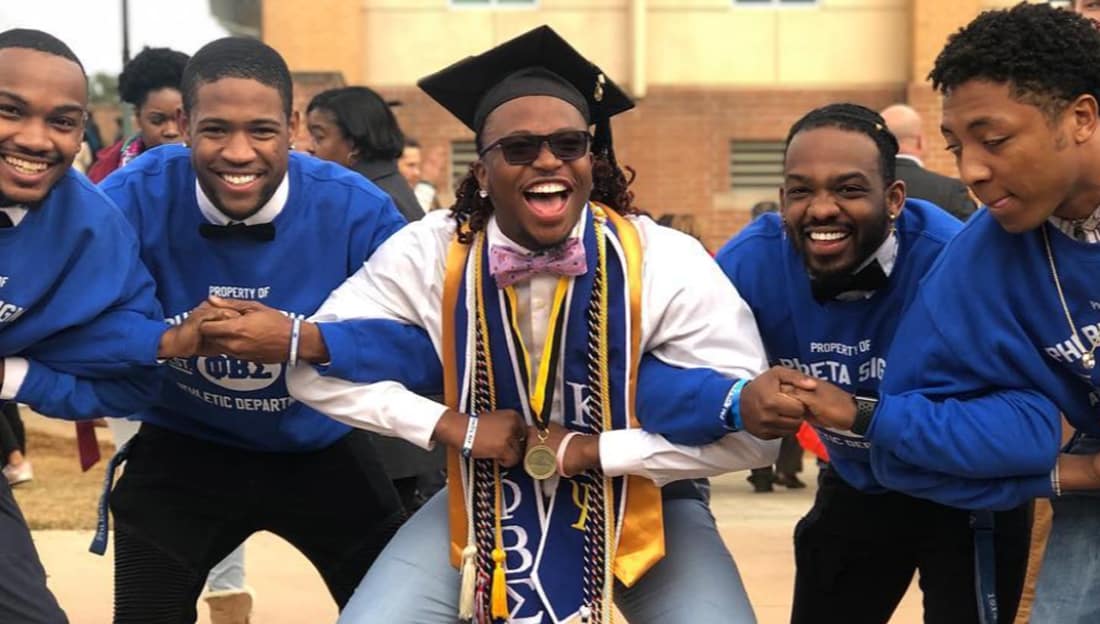 In an effort to highlight the young leaders who are leading undergraduate chapters across the nation, we at Watch The Yard reached out to the brothers of Phi Beta Sigma Fraternity Inc.’s Alpha Beta Theta Chapter at Kennesaw State University and did an interview with Sean F. Brinkley Jr. the former president of the chapter.

The position of president of an undergraduate chapter of a Black fraternity is a highly respected role and there is a special pride that one takes. 22-year-old Sean Brinkley Jr. has used the position to gain new leadership experience, improve the lives of other students on campus and help the community around him.

We interviewed the Music Composition major with a minor in Dance, and talked about his position, goals, future and what it means to hold a leadership position on campus in the digital age.

As I navigated through the different challenges that came with holding the presidency, I quickly realized that I had an opportunity to redefine not only what it means to be a member of Phi Beta Sigma but what it means to be a leader in the organization. Many of my actions were surrounded around the idea of servant leadership. In conjunction, I always created an environment where any student in the Kennesaw State Community can approach me and the members of my chapter. Serving in the role wasn’t about being in charge or telling individuals what to do, but moving individuals in your organization in a way that benefits the common good of the organization and the surrounding community. 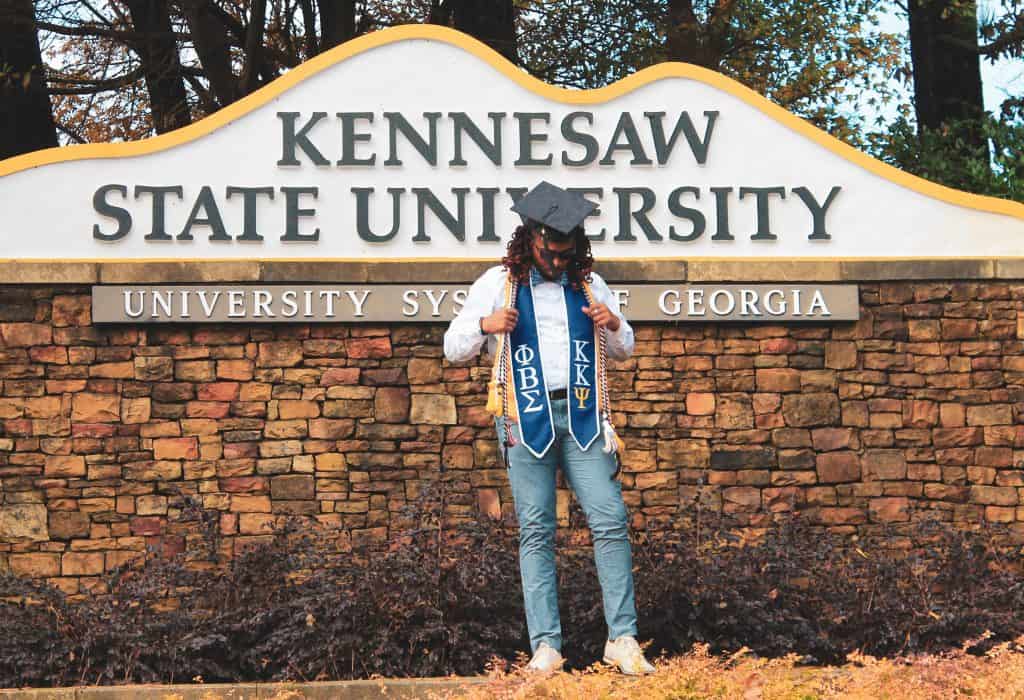 What made you decide to attend Kennesaw State University for undergrad?
Kennesaw State University has one of the best music programs in the southeast of the United States, I knew from the time I signed in for my school of music audition that this was the school for me. Besides the student to teacher ratio in the college of the arts at KSU, the school was still young in the grand scheme of University Life in the United States.

In just the past three years the institution has tripled in size and has become on of the largest schools in Georgia. I wasn’t aware of the huge amount of changes the university was going to go through after my first year in attendance, but I’m thankful that I remained to see what this university had to offer. Due to the exponential growth the university is currently growing through, there are so many opportunities that are available for students to get involved and impact their community.

What specific initiatives is your chapter heading up this year and how do you think they will improve the campus/surrounding community?
In the past we have had a focus on Breast Cancer Awareness. We hosted an event called Ln out with the Sigmas where we partnered with a popular student organization(Team Take No Ls) and hosted an event that encompass games form the MTV series “Wildin Out”. In between each game we had individuals who were impacted by the disease come out and speak about how cancer has impacted their lives. The event was ticketed and we raised over $1000 that we donated to a local philanthropy. Moving forward we are looking to focus on Campus safety. With the current climate between Americans of color and law enforcement and the newly implemented campus carry legislation in Georgia, we saw a need to program to help foster a stronger sense of security in our University police. We plan on hosting a serious of town halls that address the details of campus carry and what proper interactions between law enforcement and students should look like.

What made you want to pledge Phi Beta Sigma?
I have always wanted to pledge a Divine 9 organization but I had not done much research prior to my junior year of college. At Kennesaw State University every student who wishes to pledge must attend NPHC Convocation. At this event I learned about every fraternity and their history. I wasn’t sure what I was looking for exactly but something jumped out at me when I was in the room for Phi Beta Sigma. They began discussing their motto “Culture for Service, Service for Humanity” and followed up with discussion about how members of the organization focused on being immersed in the community and not putting themselves in a separate or higher category. I felt that this aligned with who I was and the work I had already been doing on campus. I knew this was the organization for me because from the time I walked in the room the members of the organization were humble and treated everyone with respect. My mother had also joined the Sigma Mu Zeta Chapter of Zeta Phi Beta prior to the semester I was initiated. I saw this as an opportunity to not only impact my community and begin fostering a blue and white legacy in my family, but to diversify and strengthen the relationship between mother and son.

What is it about your specific chapter that makes it so unique?
The members of The Alpha Beta Theta Chapter of Phi Beta Sigma Fraternity, Inc. are some of the most intelligent, wise, and talented brothers I know. Every member who is initiated has a diverse skill set and is able to take on any task that is thrown their way. Despite how talented and successful the members are, we are some of the humblest people you will meet. We believe in working hard and working hard for our community but in a way that it not boastful. We see ourselves as the Peoples Frat as we are always advocating for our peers. 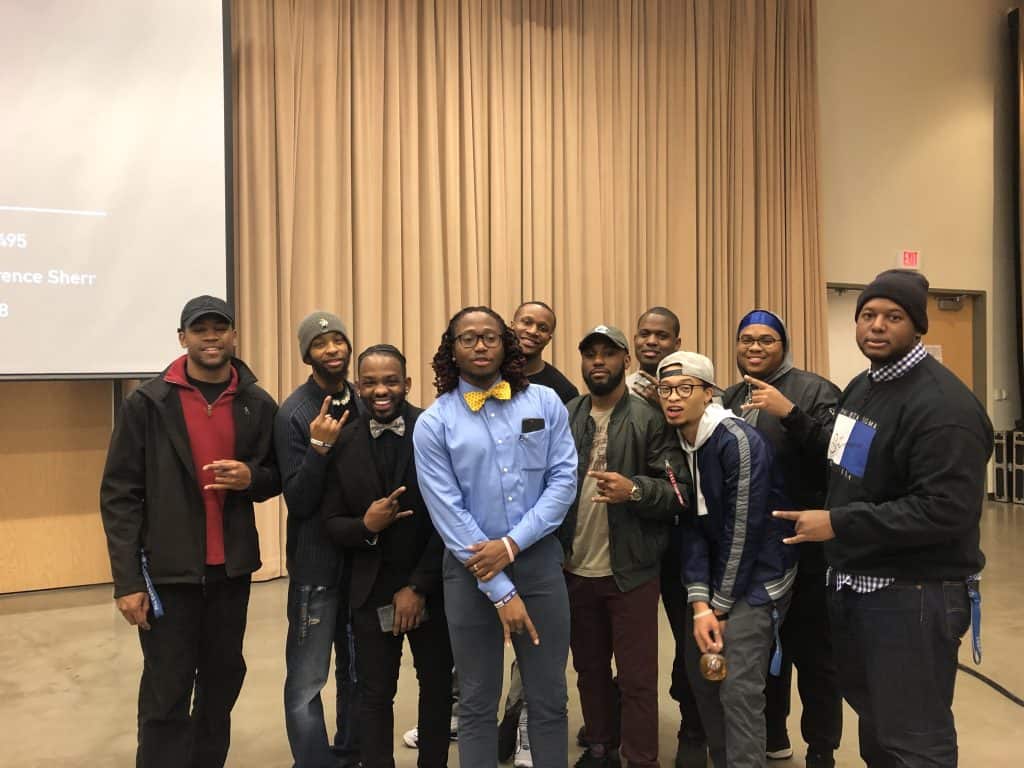 We now live in a digital world, what do you think undergraduate chapters across all orgs need to do to represent themselves online in 2018?
Social Media is a great platform for chapters to impact their communities, showcase their chapter and its attributes, and correspond with chapters that are not in close proximity. I feel that many chapters need some sort of active social media account that stays up to date. My chapter has received and partaken in many opportunities just by networking and interacting with other respectable social media pages, members of the KSU community, and other organizations (Greek and Non Greek). We have acquired roughly $1500 this semester alone just by signing up for step shows that we received via instagram.

What does leadership mean to you?
believe that leadership is service and mentor based. I have always prided myself on being a servant leader. I pushed myself everyday to embody what I wanted my chapter to be. Most importantly, I understood that I could not do it all by myself. I built a circle that I could trust (Greek and Non-Greek) where I ran many of my big decisions by and always faulted myself before I faulted members of the organization. 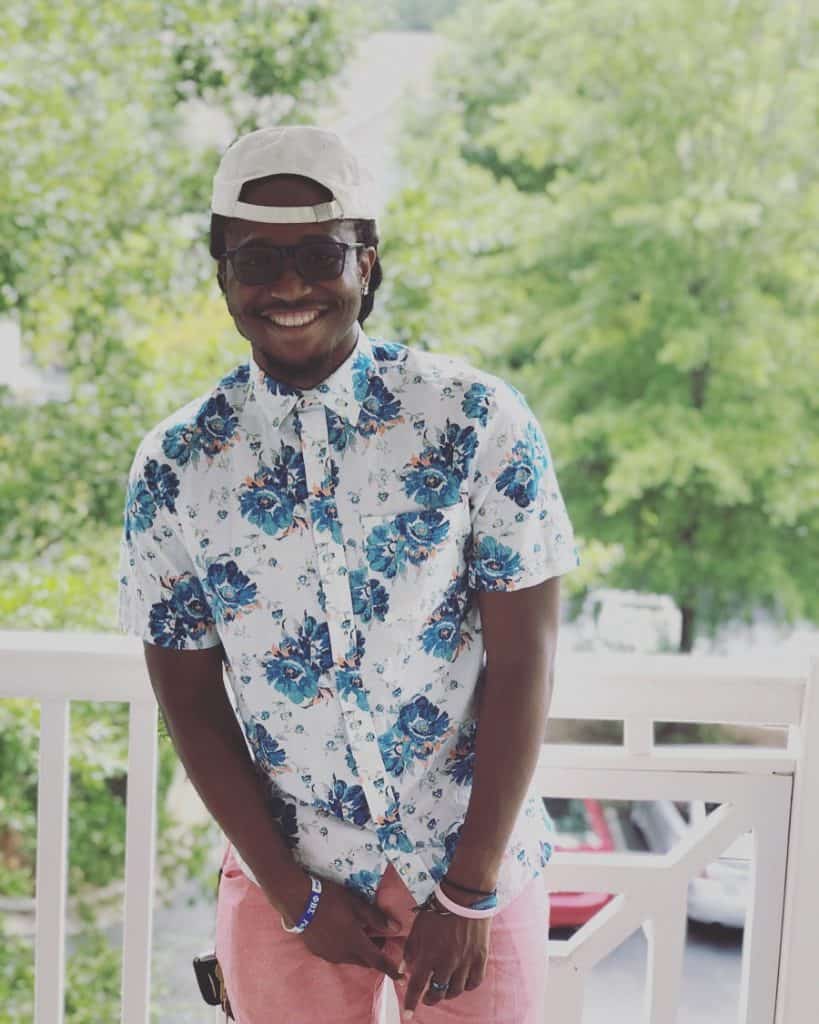 Why do you think Watch The Yard is important to Black greekdom?
There are many platforms and sources of media that tarnish the legacy of NPHC Organizations . Watch the Yard does an awesome job of showcasing the positive attributes of the organizations that are often overshadowed by these other forms of media.

What does brotherhood mean to you?
Brotherhood means showing up for one another even when you do want to. It means holding one accountable at all times and loving one another despite the circumstance or behavior performed. 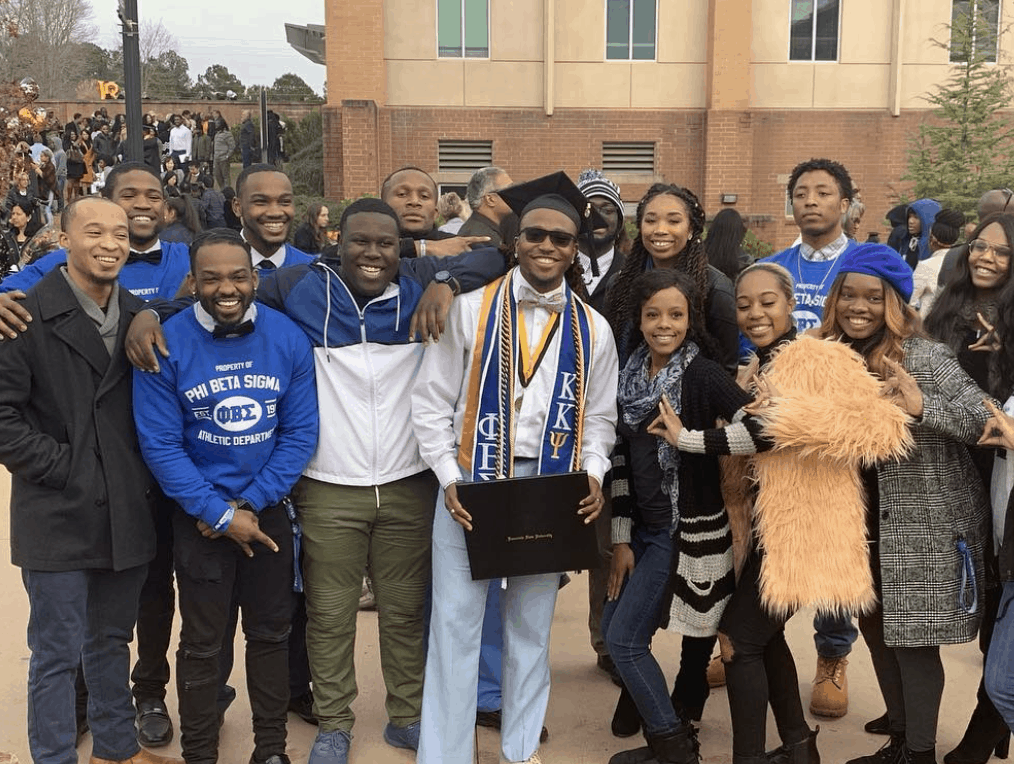 What do you plan on doing after graduation?
I plan on pursuing a masters in Higher Education Administration with a focus in Fraternity and Sorority Life, Housing and Residence Life, and or Student Life. As far as my organization I would like to eventually become a chapter advisor for my chapter to continue some of the work I started in my undergraduate years. I will also be continuing my passion for the arts by working as a freelance composer, musician, and dancer.

We at Watch The Yard would like to commend Sean F Brinkley Jr. for his work as the president of Alpha Beta Theta Chapter which has a long legacy that spans back to 1999.