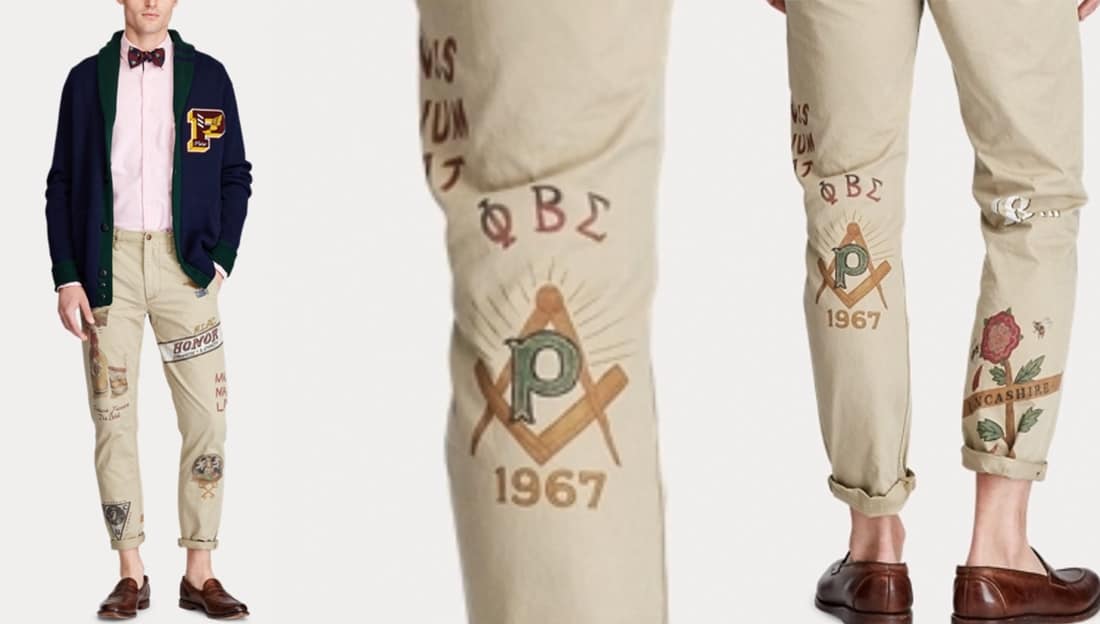 Ralph Lauren is in the hotseat with members of Black fraternities and sororities after a link started circulating to their online store featuring a pair of chinos being sold with the greek letters Phi Beta Sigma on them.

The chinos, which are being sold for 299.99€ on Ralph Lauren’s French site, feature multiple symbols and designs and the Phi Beta Sigma letters are located on the back of the knee in red and black.

Members of the Black fraternity and sorority community have taken to social media to express their feelings about this, the majority of said feelings being negative.

“We are a week away from 106th anniversary of the founding of Phi Beta Sigma Fraternity, Inc. and what is plastered all over Social Media? An ad for Polo Ralph Lauren Chino Graphique Droit with the letters that represents Phi Beta Sigma Fraternity, Inc. Greek Letters on the back crease of said pants!” a petition that was created on change.org demanding Ralph Lauren to remove the logo states.

Update: Within three hours of this article being published, a Ralph Lauren spokesperson reached out to Watch The Yard and gave us an exclusive statement about the pants. Click here to read it.