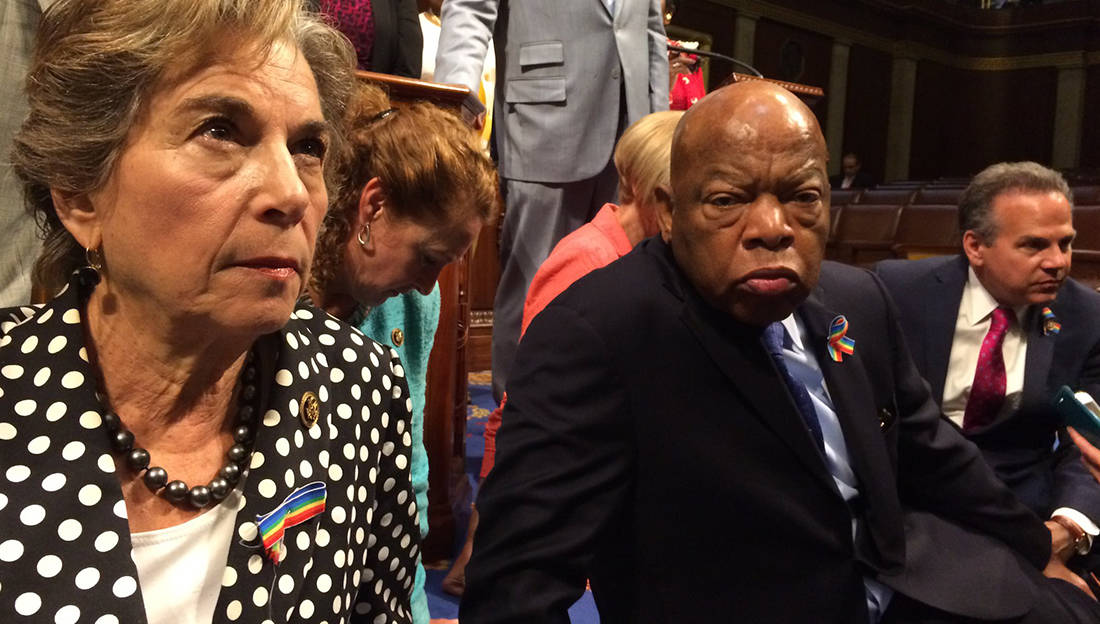 Phi Beta Sigma’s very own Rep. John Lewis and a group of his fellow Democrats took to the House floor Wednesday morning to stage a sit-in to force Paul Ryan and Republican leadership to vote on new gun control legislation, something they have not done in the wake of this month’s mass shooting in Orlando.

When interviewed by CNN’s Wolf Blitzer, Lewis said “too many of our children, too many of our sisters and brothers, our mothers and fathers, our friends, our cousins are dying by guns and we have to do something about it.”

“The Orlando shooting is renewing the debate over gun control legislation, which seems poised to go nowhere in Congress.” CNN stated in an article about the protest. “The Senate blocked several gun measures Monday even as a CNN/ORC poll this week found that public support for changes such as tighter background checks hovers around 90%.”

The 76-year-old Lewis is one of the most prominent 1960s-era civil rights leaders still alive and has been dubbed as the “Conscience of the U.S. Congress.”

As a young man he joined Martin Luther King Jr.’s crusade for equality and eventually led the mass march across the Edmund Pettus Bridge in Selma, Alabama, on Bloody Sunday in 1965, one of the epochal events in American history. “Lewis was beaten so badly by Alabama state troopers that they fractured his skull,” CNN states.

Lewis’ fraternity, Phi Beta Sigma has been about activism since its inception. With the motto “Culture For Service and Service For Humanity,” its individual members have been at the frontlines of progressive social politics in the United States for decades

Check out this video of Brother Lewis speaking at Phi Beta Sigma’s Centennial Gala about protesting during the civil rights movement.