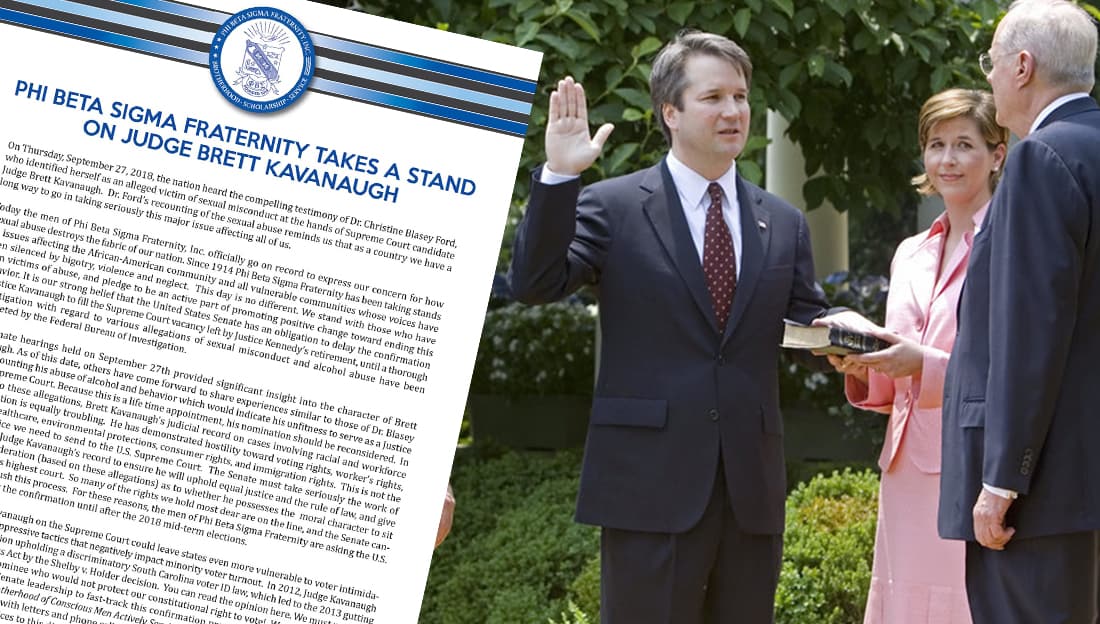 The statement, which was released by the fraternity on their Facebook account on September 28th addresses the senate hearings that were held on September 27th, stating,

“Today the men of Phi Beta Sigma Fraternity, Inc. officially go on record to express our concern for how sexual abuse destroys the fabric of our nation.”

“We stand with those who have been victims of abuse, and pledge to be an active part of promoting positive change toward ending this behavior. It is our strong belief that the United States  Senate has an obligation to  delay the  confirmation of Justice Kavanaugh to fill the Supreme Court vacancy left by Justice Kennedy’s retirement, until a thorough investigation with regard to various allegations of sexual misconduct and alcohol abuse have been completed by the Federal Bureau of Investigation.” 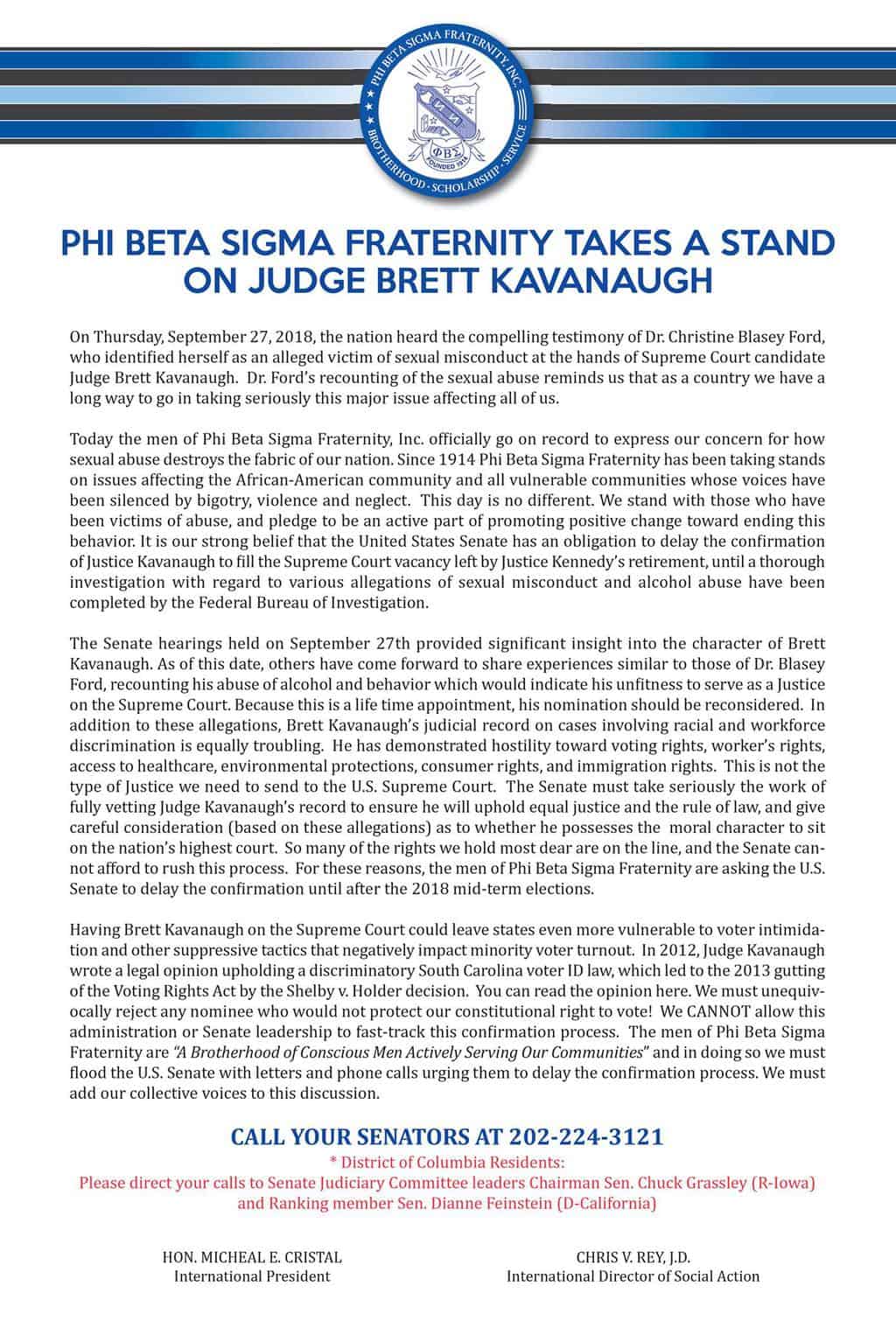