This weekend 50 people were killed in one of the biggest mass shootings in modern US history at PULSE nightclub, a gay club in Orlando Florida.

Instead of just ignore it as not an issue to concern themselves with, as many other fraternities would do, the International President of Phi Beta Sigma Fraternity Inc., Jonathan A. Mason, released the following statement about civil liberties, injustice and homophobia in our nation stating, ” This horrendous attack upon the LGBT community is more than a reminder that we must change our approaches to these issues — it is a clarion call to action!”

“Now is not the time for complacency; the future of our country is affected by the intolerance of a few who believe their ‘right’ to destroy anyone and everyone who don’t share their ideas and beliefs,” Mason stated. “As members of this Fraternity, we cannot be interpreted as supporting such ideology, especially by being silent. We are being called to build on the legacy begun by our Founders to promote the building of better communities through positive action.”

He finished the statement with the following, “Prayer is always in order. We must now follow those prayers with actions to make a difference in our communities and the world.”

So far, Phi Beta Sigma is the only Black fraternity to publicly release statements on the shooting and we at WatchTheYard.com applaud them for this statement about supporting and defending the community no matter what their race, beliefs or sexual orientation are. Throughout it’s history, Black greekdom has always been at the forefront of civil rights but recently it has been seen as complacent and silent on many issues happening in this country. This statement will hopefully spark a flame and force Black fraternity and sorority members to deal with tough issues within this country.

This shooting hits very close to home for Black greeks, seeing as a D9 fraternity member was among the 50 people killed inside of PULSE nightclub in Orlando this weekend. (Read that full story here) 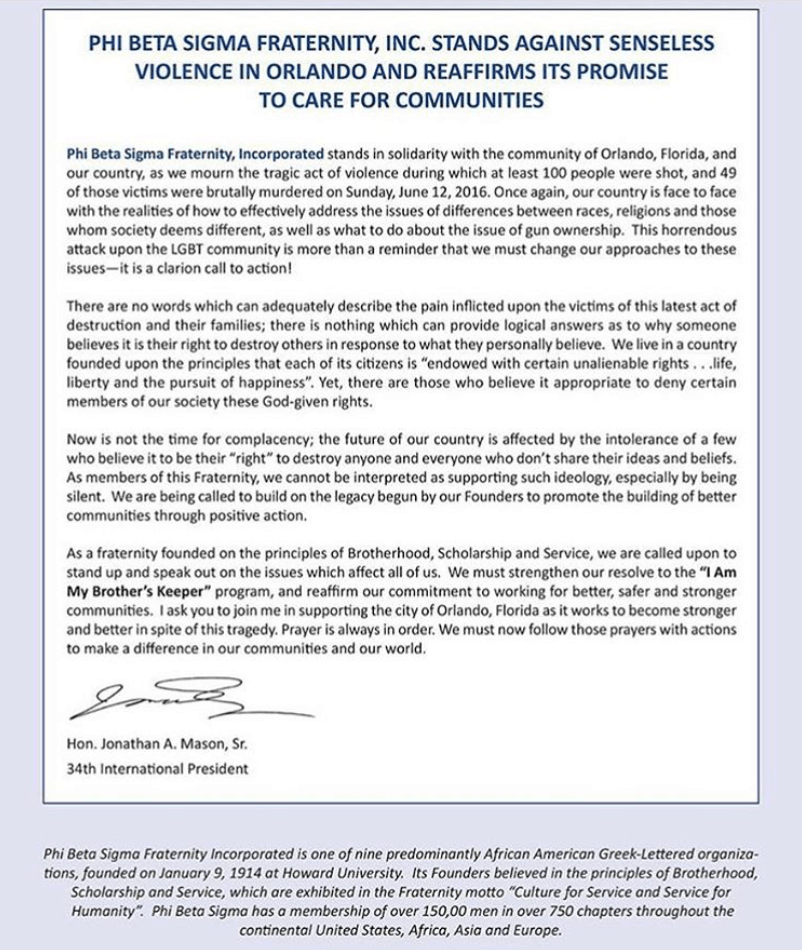 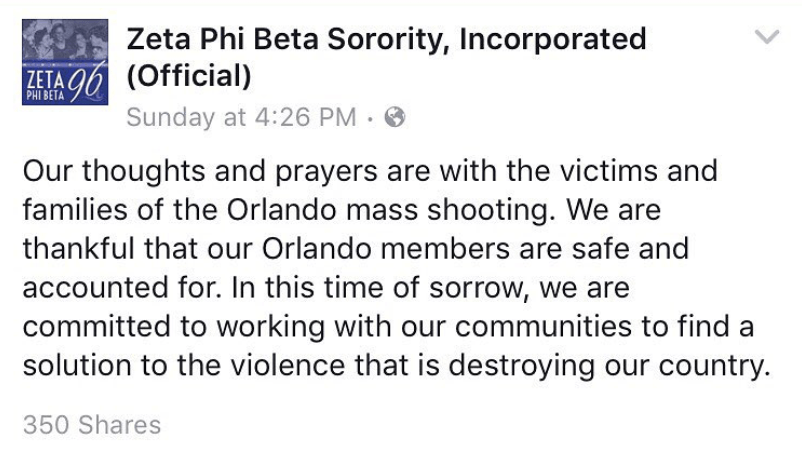