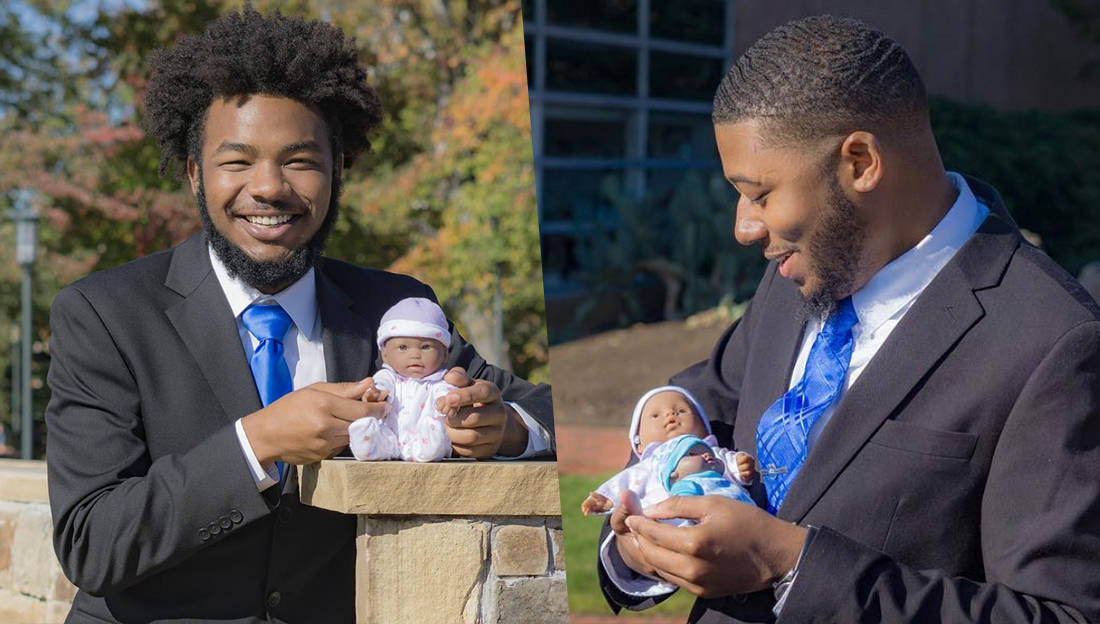 The brothers of Phi Beta Sigma at UNC Charlotte are raising awareness for premature babies in an innovative way.

The brothers of the Rho Gamma chapter of Phi Beta Sigma Fraternity, Inc. recently spread awareness of premature babies, in alignment with the March of Dimes Prematurity Campaign, by committing to “adopt” a baby doll, which each brother visibly carried around for the duration of the week. The baby dolls were be given a personality profile similar to many babies throughout the country who are born premature and it was each brother’s job to spread awareness for their baby through their daily social interactions as well as by the use of social media. 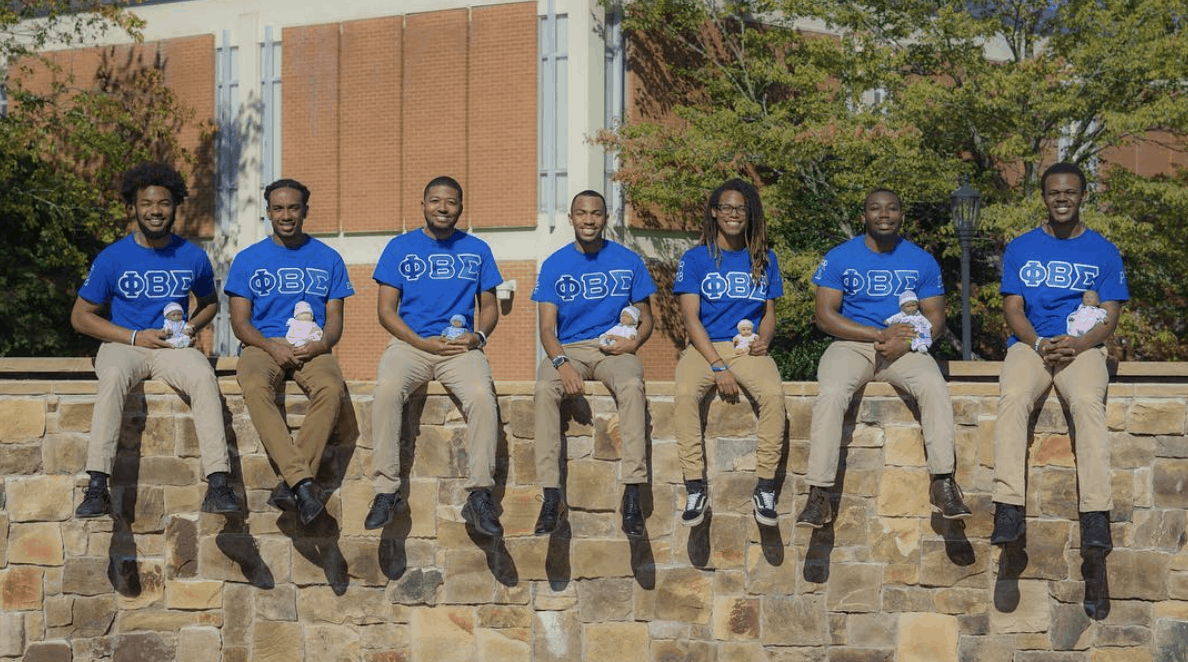 The chapter’s primary goals were:

• To educate students on the severity of premature birth

• To raise money for the March of Dimes

• To show support to families of premature babies We had a kickoff event where we explained what we were doing for the week and why the Prematurity campaign was important to Phi Beta Sigma Fraternity, Inc.

To add to this, the brothers brought in special guest speakers to talk about preterm births. One being their brother, Kevin Mercer, who recently graduated from UNC Charlotte with a Bachelor of Science in Nursing. He currently works as a nurse in the neonatal progressive unit at the Levine’s Children Hospital, and has experience working in the NICU as well. He shared his experiences as a young nurse in the NPU/NICU as well as his personal life story as a premature baby.

Their second guest speaker was their soror, Tia Simmons, who is the current Eastern region ambassador for the March of Dimes for Zeta Phi Beta Sorority, Inc. She shared her personal experiences as a mother of a “million-dollar-baby.” Her son was born premature and had many complications, which led to pricey treatments as well as specialists he still works with.

Throughout the week brothers stopped by various campus offices and spread awareness to major campus professionals, as well as faculty, staff, student organizations and campus visitors. They tabled one day for the pre-observance of World Prematurity Day, where they had students sign notes of positivity for infant prematurity on banner that they donated to the Levine’s Children Hospital in Uptown Charlotte.

The brothers also tabled for Pregnancy and Infant Loss awareness, because one of their  babies “died” from their short term complications. Their interactions through social media kept everyone engaged and invested in the updates for our babies.

The chapter ended up raising over $300 that will be donated to its March for Babies fundraising page.

We at Watch The Yard would like to commend these brothers for their innovative approach to service. It is great to see a group of positive Black young men raising awareness for child related health.