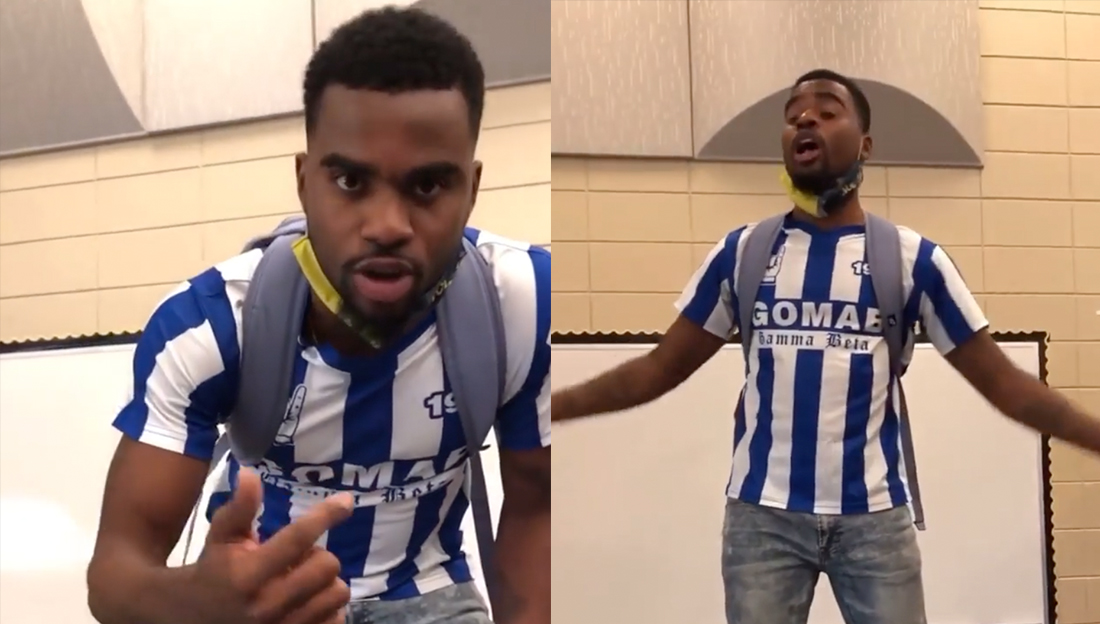 Members of Black fraternities and sororities have so many talents and singing is DEFINITELY one of them.

Today a brother of Phi Beta Sigma went viral after being posted on Watch The Yard’s social media channels for his cover of the song ‘You’ll Be Back’ from the Hamilton musical.

In the video, Charles Pruitt, sings the song which is sung by the character King George III who was played by Jonathan Groff in the show’s original cast recording.

Pruitt is a Spring 2016 initiate of the Gamma Beta Chapter of Phi Beta Sigma at Alabama State University. He is currently in his third year of teaching theatre and dance. He started teaching at Booker T. Washington Magnet High but now teaches at McAdory Middle in Birmingham, Alabama where he is from.

When asked by Watch The Yard how it feels to go viral, he responded, “It’s a blessing.”