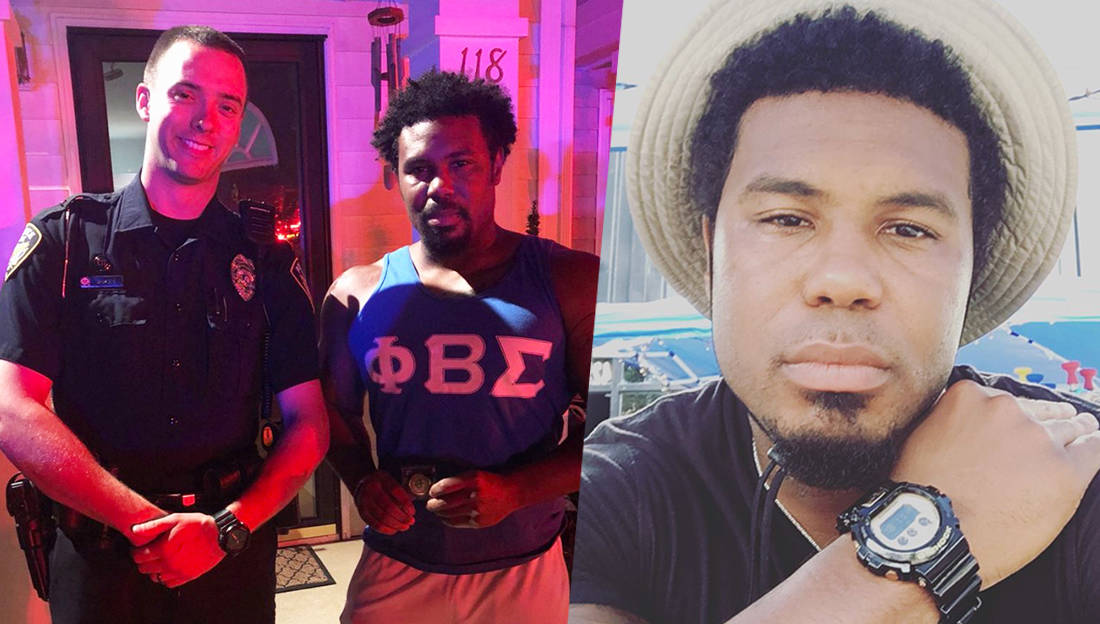 Phi Beta Sigma member Joshua McMillian, 33, was honored with a “Chief’s Coin” by the Apex Police Department in North Carolina after he saved his neighbor from a fire.

McMillian, an initiate of Phi Beta Sigma’s Xi Nu Chapter at East Carolina University, was getting home from working as a security guard at a bar in Raleigh early Sunday morning when he heard a loud sound come from his neighbor’s yard.

He looked outside and saw the whole yard on fire, grabbed a fire extinguisher and ran across the street and knocked on his door.

“When I get over there to his house I notice in the backyard there’s a propane tank and there’s literally a flame coming out of the propane tank,” he said.

“I notice my neighbor is not out of his house so my first reaction is to go beat down his door until it comes down or until he comes to the door one or the other,” McMillian stated. “Finally, he came out. From there I start knocking on all the other neighbors doors to make sure they’re OK and get them out of their house.”

Allan Lamy, told reporters that McMillian saved his life. Lamy was sleeping and had no idea about the fire in his backyard until McMillian notified him.

“That’s somebody’s brother, son, whoever, in the house,” McMillian said. “I would hope that somebody would do the same for me. And I wanted to make sure he gets out safe, regardless if something happens to me.”

At approximately 4:40am, Mr. Joshua McMillan saw flames coming from a residence at 118 Harbor Haven Drive he ran across the street and pounded on the door to wake the residents. He received a Chief’s Coin from Officer McKee for his quick thinking, heroic actions. pic.twitter.com/ZaOVPJ4Fdl