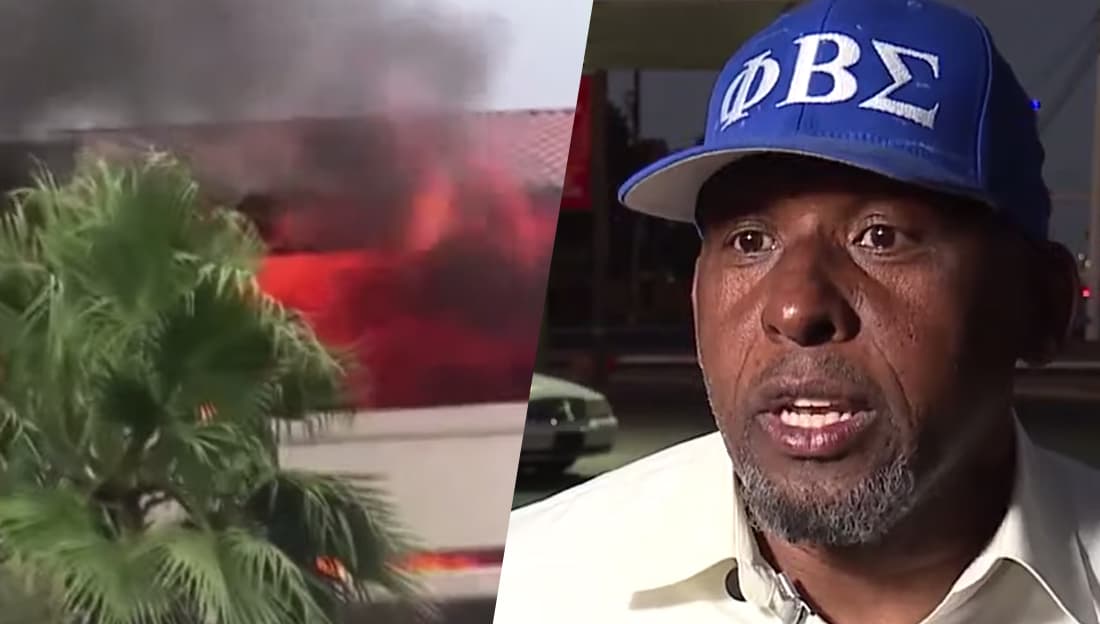 When it comes to “Culture For Service and Service For Humanity” the brothers of Phi Beta Sigma take it literally even if that means running into burning buildings to save people.

Ralph Harris, a member of Phi Beta Sigma Fraternity, Inc. was in Las Vegas with his wife on Friday for his fraternity’s 2019 conclave when he drove past a burning building while on a day trip to see the Hoover Dam.

According to KTNV Las Vegas reports, he made a wrong turn on the way back to where he was staying. In his own words, “My wrong turn was God’s right turn.”

The Atlanta couple’s wrong turn brought them to an apartment complex that was bursting with flames.

“When I looked, I saw black smoke coming and immediately I said no one is grilling, that’s a fire,” said his wife Sandra. A women emerged from the second story balcony where the fire was coming from shouting for help. That is when Ralph, a veteran and a pastor, went into rescue mode.

First he hit his car horn to alert and notify all of the remaining people in the apartment to the fire so they could evacuate. He then rushed into the building.

“To see my husband jump out of the car without thinking twice, run into a burning building, jump over a seven or eight foot wall, I was afraid for him. I immediately started praying,” said Sandra.

Ralph got the woman to jump from the balcony away from the fire and caught her.

He then returned to the building and helped an elderly woman get out of her ground-floor apartment.

Because of his quick response there were no injuries from the fire and luckily everyone got out safe.

Watch the news story that was done by KTNV Las Vegas about the rescue.

We at Watch The Yard would like to commend this brother of Phi Beta Sigma for his heroism.