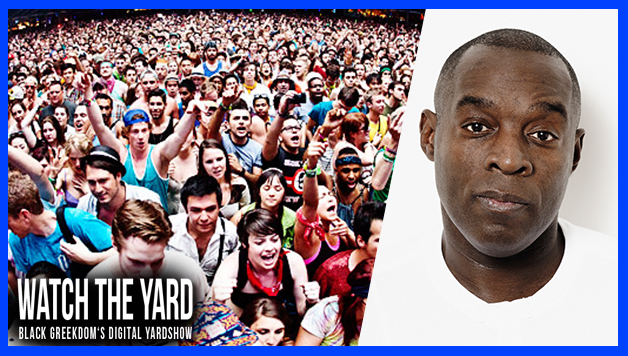 Did you know that a member of Phi Beta Sigma is credited with having invented techno music?

His name is Kevin Saunderson and he is considered to be one of the originators of techno, specifically Detroit techno. Saunderson was  part of the “Belleville Three” a group formed of  himself, Juan Atkins and Derrick May who were high school friends in Belleville, Michigan and created electronic music tracks in their basements. The group rose to fame and with the help of Detroit radio personality The Electrifying Mojo, became high in demand at local clubs and eventually created a sound that has taken over the world.

While many of you might not know that Techno comes from the Black community, an even smaller group of you probably knows that Kevin Saunders just so happens to be a member of Phi Beta Sigma. Bro. Saunderson crossed at the Zeta Epsilon Chapter at Eastern Michigan University. (Yes, when it comes to musicians, the Sigmas seem to have it down pact.)

Kevin now tours the world performing for large audiences all over. In an interview with ProgressiveGreek.com, Saunderson opened up about Black being deleted from techno’s history and even touched on Phi Beta Sigma being the earliest adaptors of the techno sound.

“Definitely,” he stated when asked if Blacks had been deleted from the history of techno. “I don’t know how much it was remembered in the first place! Because when this music was first created, it was all Black people dancing to it. A Black people. It’s amazing how it went from all Black people to no black people. I was in a college fraternity called Phi Beta Sigma, we did these parties, a thousand Black kids on campus partying. They were all progressive. They weren’t into what was on the radio, they were getting it! All these Black kids, smoking these German cigarettes, calling themselves preppy, dressing all cool. Between when I released “Big Fun” [in 1988], and about ’92, it totally flipped. And now on the college circuit, all the white fraternities, they’re booking Tiësto and David Guetta!”

Just so you can get a taste of his music, we have placed a couple of videos below for you to check out. Some of you older heads will probably be pretty familiar with them. Note: Kevin is even credited with writing Chaka Khans “Do You Love What You Feel”

Share this article with your network and let them know that Phi Beta Sigma can claim that they have a hand in creating techno music.