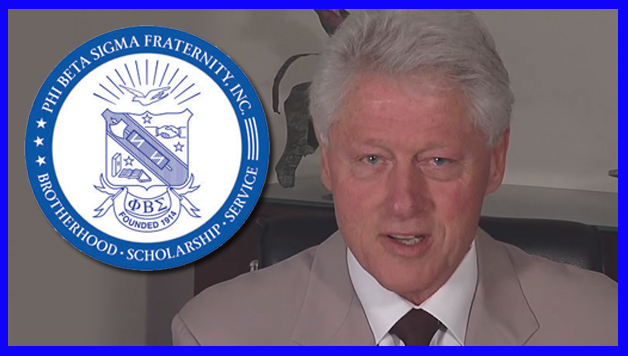 President Bill Clinton is proud to be a member of Phi Beta Sigma Fraternity, Inc. and we have video to prove it.

In 2009, the former president of the United States joined the brothers of Phi Beta Sigma as an honorary member and the following video is his acceptance speech which was recorded in July of 2009 and publicly broadcasted at the fraternity’s 2009 Conclave.

In the video, Clinton explains:

“Throughout my life I have always tried to exemplify the vision of the fraternity’s founders. The honorable Brothers A. Langston Taylor, Charles I. Brown, and Leonard F. Morse who established the fraternity’s motto, “Culture For Service, Service For Humanity.”

Watch the video below to see his full acceptance speech and share this video with your networks to let them know what Bill Clinton has to say about his beloved fraternity.