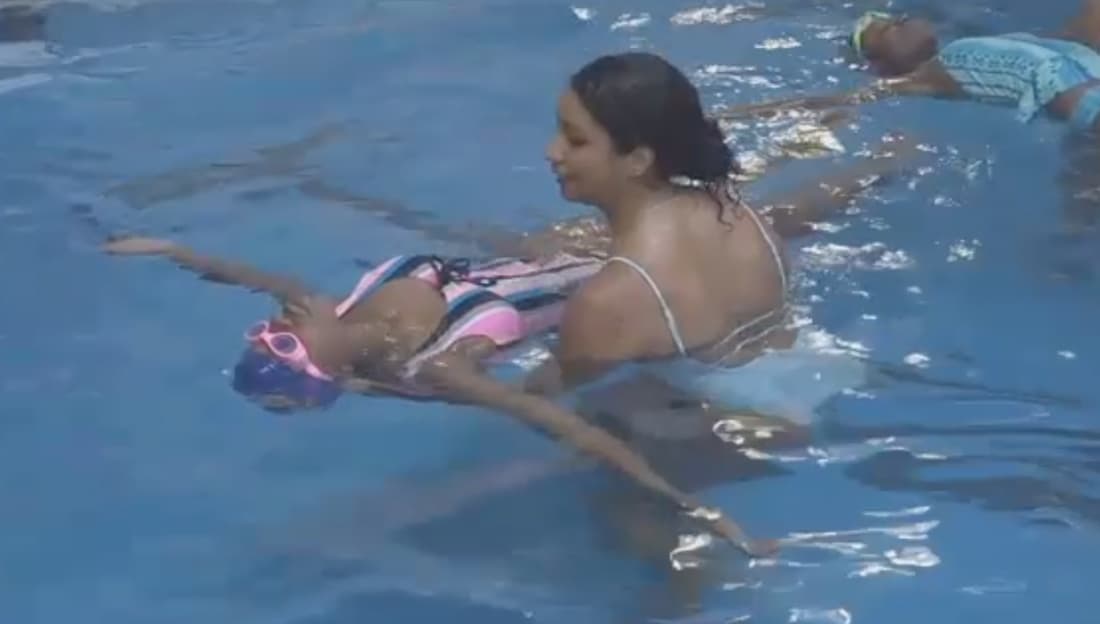 The women of Sigma Gamma Rho are doing some very powerful work when it comes to preventing drowning deaths in the Black community.

As part of their Swim 1922 program, the sorority held a day-long course for kids on water safety and swimming in Brooklyn’s East Flatbush neighborhood.

During the class, Olympian Maritza McClendon, a member of the sorority and the first Black woman to represent the United States on the USA Swimming team, taught kids basic swimming skills including floating and breathing while in the water.

Swim 1922 is an initiative from the sorority in which hundreds of swimming workshops have been held all over the country in an effort to reduce drowning deaths in the Black community.

Swim 1922 classes are free and open to the public.