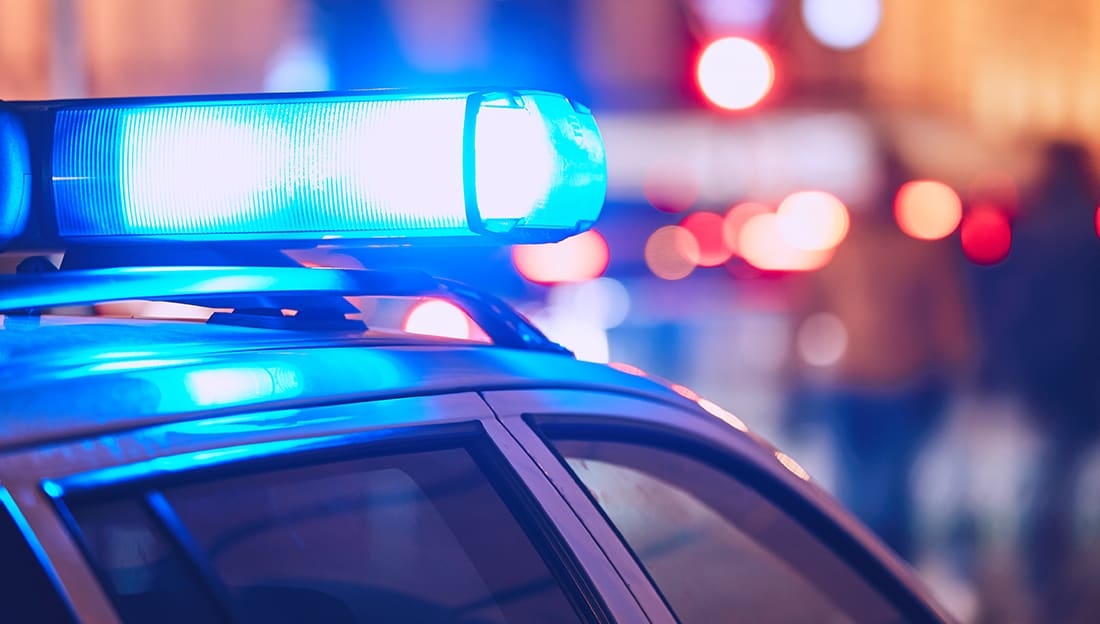 The national headquarters of Sigma Gamma Rho Sorority, Inc. released an official statement today about the sorority members who were stopped and questioned by state troopers while participation in an adopt-a-highway community service activity in Harrisburg, Pennsylvania.

(May 14, 2018, Cary, NC) — Since its founding in 1922, Sigma Gamma Rho Sorority has performed community service activities to help improve the lives and environment of the community. The African American sorority is part of the Divine Nine sororities and fraternities. On Saturday, May 12, 2018, professional sorority members of the local Harrisburg, Pennsylvania chapter were engaged in an adopt-a-highway community service activity when a state trooper from the Harrisburg Division interrupted their work to question them.

What is unfortunate, according to the sorority members present, the trooper responded to a call that women were fighting along the highway. Additionally, the trooper was unaware that many African American sororities and fraternities continue active engagement beyond their college years and many actually join as professional adults. It is equally troubling that the trooper was unaware the chapter had contacted the Pennsylvania Department of Transportation to inform the department of its project to beautify the highway. Finally, the ladies were dressed in the sorority colors of blue and gold with Sigma Gamma Rho Greek letters, were wearing gloves, were dragging trash bags filled with debris and were working in an area clearly marked “Adopt A Highway – Litter Control Interchange Area – Sigma Gamma Rho – HBG Alumnae KOS CHPT”.

We ask that the Pennsylvania State Highway Patrol immediately issue a public apology to the members of the sorority questioned, have a renewed commitment to becoming a part of the community they police through diversity training and attend town hall meetings. 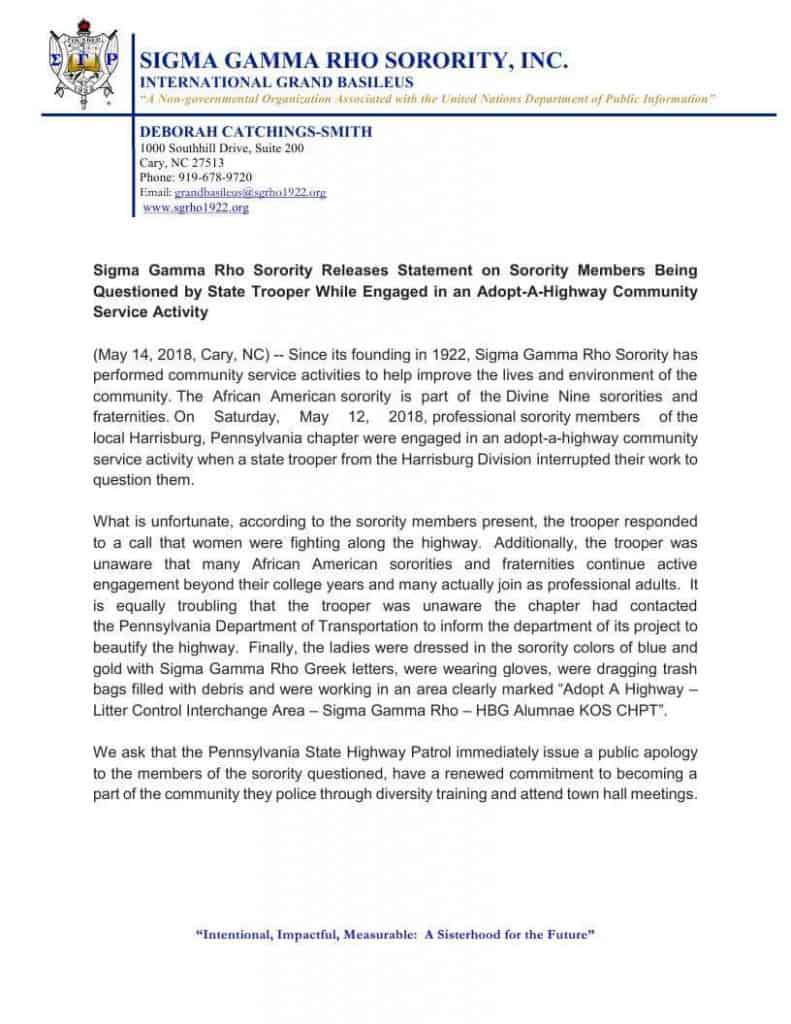