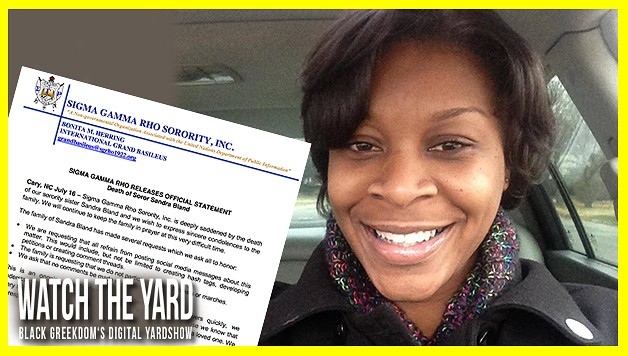 On Thursday, Sigma Gamma Rho Sorority, Inc. released an official statement addressing the death of their sorority member, Sandra Bland who died suspiciously in Texas jail cell on Monday. The statement from the sorority calls for the end of hashtags, petitions and commenting on the death and also asks that no protests or marches be held.

According to the statement, these requests are coming from the family of Sandra Bland.

The hashtag #JusticeForSandy, #SandySpeaks, and #WhatHappenedInBland have created a large wave on social media and have even become trending topics on Twitter. The African-American community, friends, classmates, social justice advocates and members of the Black fraternities and sororities have been speaking out since the story went viral on Tuesday, questioning the official reports from the police department which claim that Sandra died after “self-inflicted asphyxiation.”

Sandra was a member of the Delta Alpha Chapter of Sigma Gamma Rho Sorority Inc. Before the official statement about not commenting on the death was released by Sigma Gamma Rho, her line sister, Alana Taylor, reached out to WatchTheYard.com with the following comment about Sandra’s death: 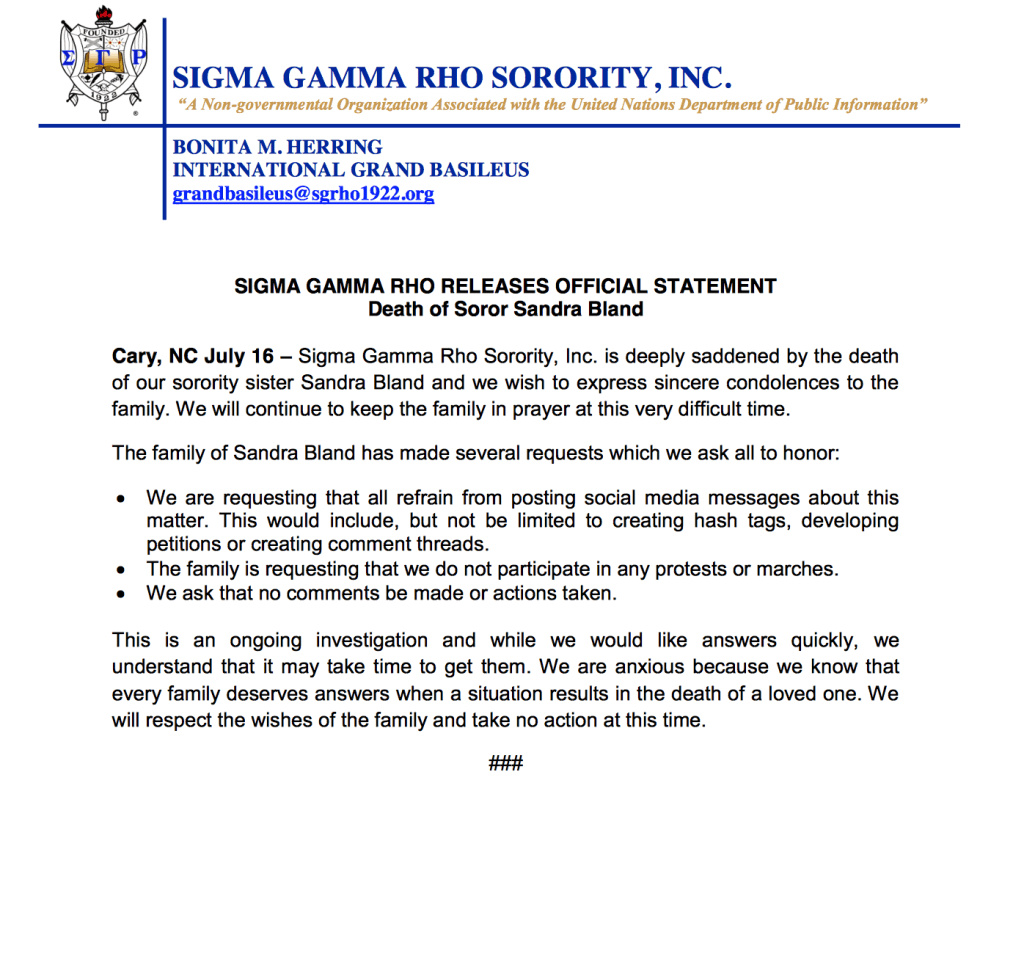