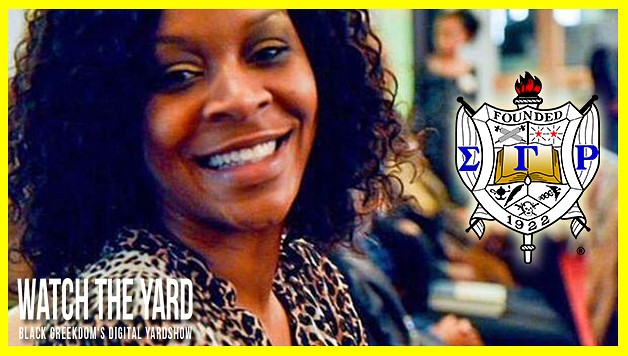 Sigma Gamma Rho Sorority, Inc., sent out a press release this morning about their participation in the funeral for their sorority sister, Sandra Bland, who suspiciously died in a Texas prison cell last week after being pulled over initially for a traffic violation.

In the press release, the sorority gives information about the home going services for Bland and they invite the entire Divine 9, all family members and friends of Bland to join in on an nation wide “prayer line” in which they will do a collective national prayer for Sandra.

Along with this, Sigma Gamma Rho is asking all members to wear black with their Sigma Gamma Rho pin or poodle pin that day as well as make the image attached at the bottom of this article their profile picture on Facebook.

Last week the SGRho international headquarters issued a statement asking members not to engage in hashtags about Sandra Bland per her family’s request so it is very interesting that these hashtags are included on the photo that they would like to have shown on Wednesday.

Please share this with as many people as possible on Facebook so that they can partake in the Prayer Line national call on Wednesday. 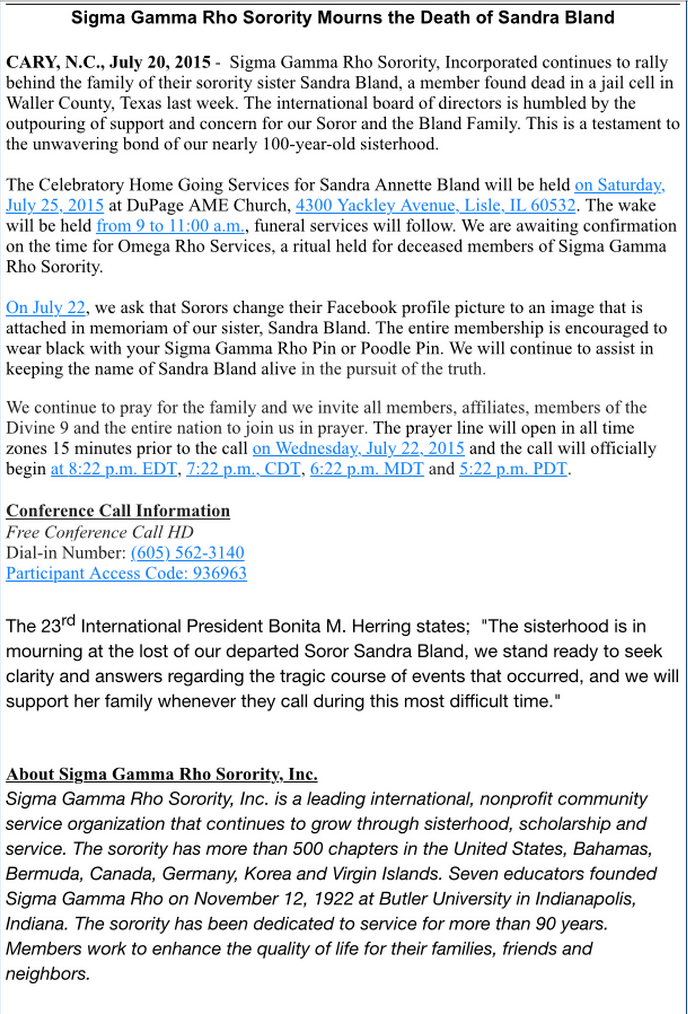 Here is the photo they are asking members to post on their profiles: 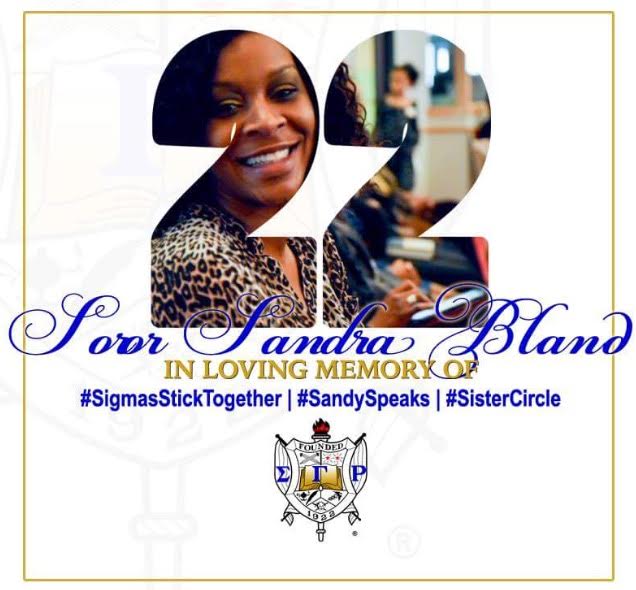