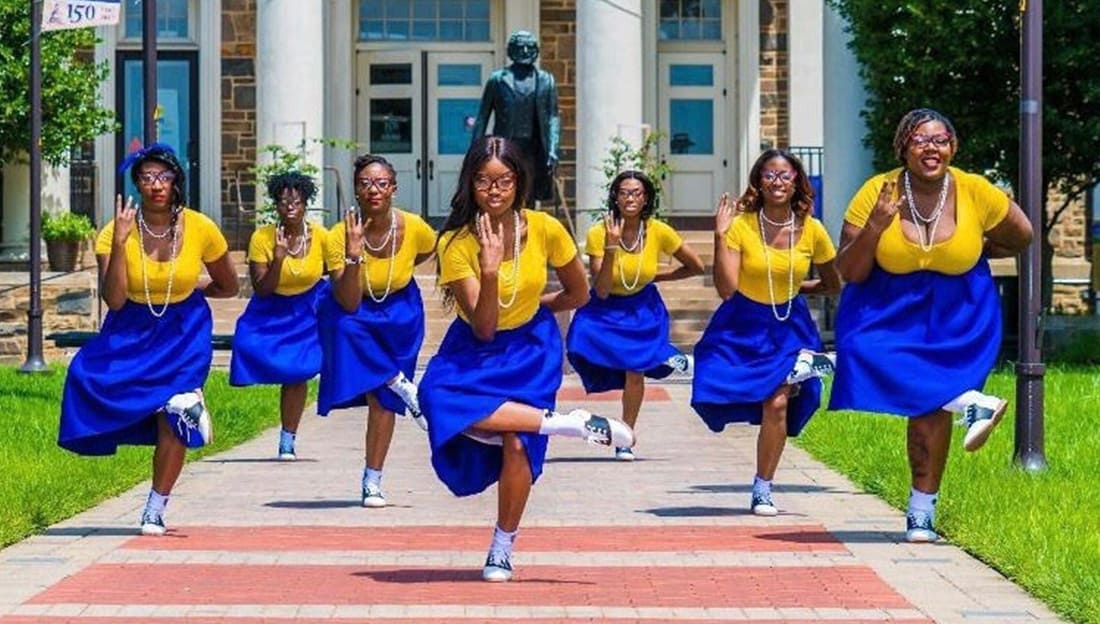 The women of Sigma Gamma Rho at Morgan State University just released photos of their Fall 2008 line’s 10th anniversary photoshoot and we at Watch The Yard ABSOLUTELY LOVE the photos.

To mark the significance of ten years of service and sisterhood in Sigma, the sorors of the Fall 208 line of Sigma Gamma Rho at Morgan State University decided to take it back to where it all began with an on-campus anniversary photoshoot. Since the classy and sophisticated poodle is the sorority’s mascot, the poodle skirts were perfect.

To really capture the essence of the Beta Tau Chapter which was chartered in 1954, the ladies paid homage to the 1950 with poodle skirts, saddle shoes, and cat eye glasses were the theme of the decade. 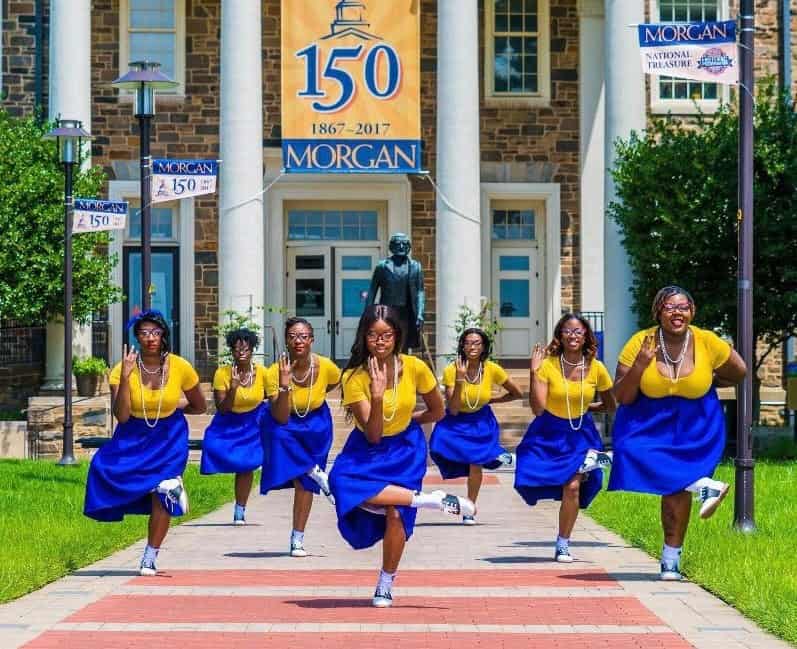 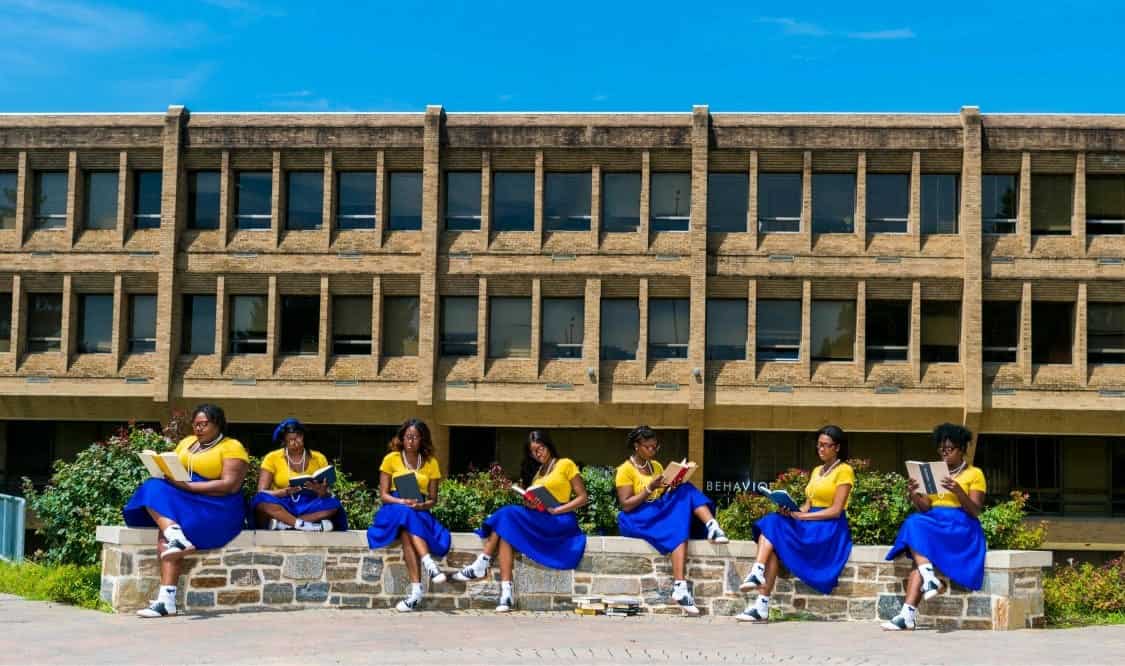 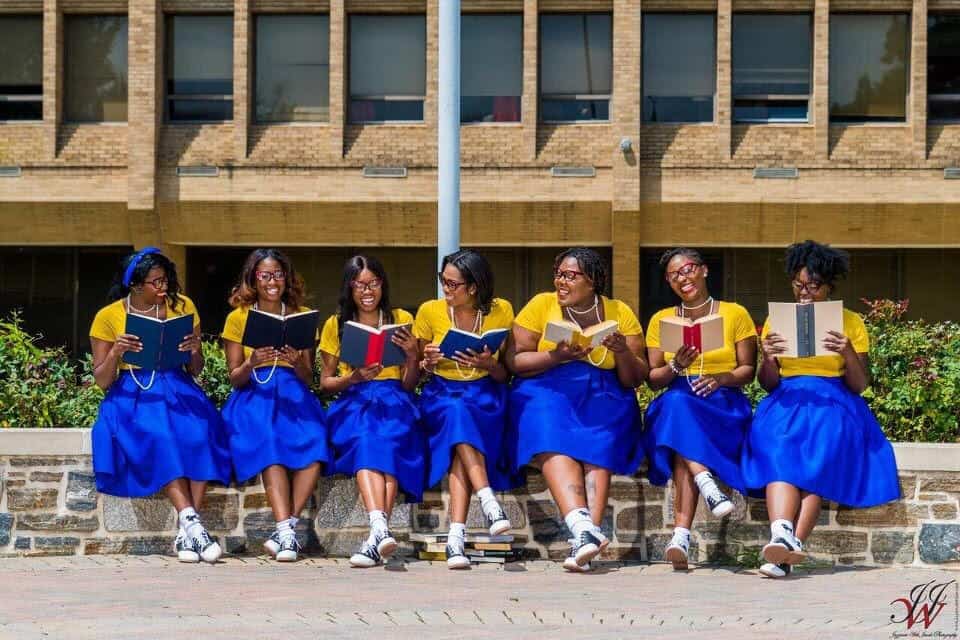 The photos from the shoot were released during Morgan State’s Homecoming week, October 1st-October 8th as different tracks, paying homage to their name The 7 Bonus Tracks.

During the Homecoming game day, Fall 08 Better known as ‘Fall 0 Great’ wore custom jean jackets to celebrate their anniversary. The jackets represented them as a collective yet individual and dynamic group of talented women. 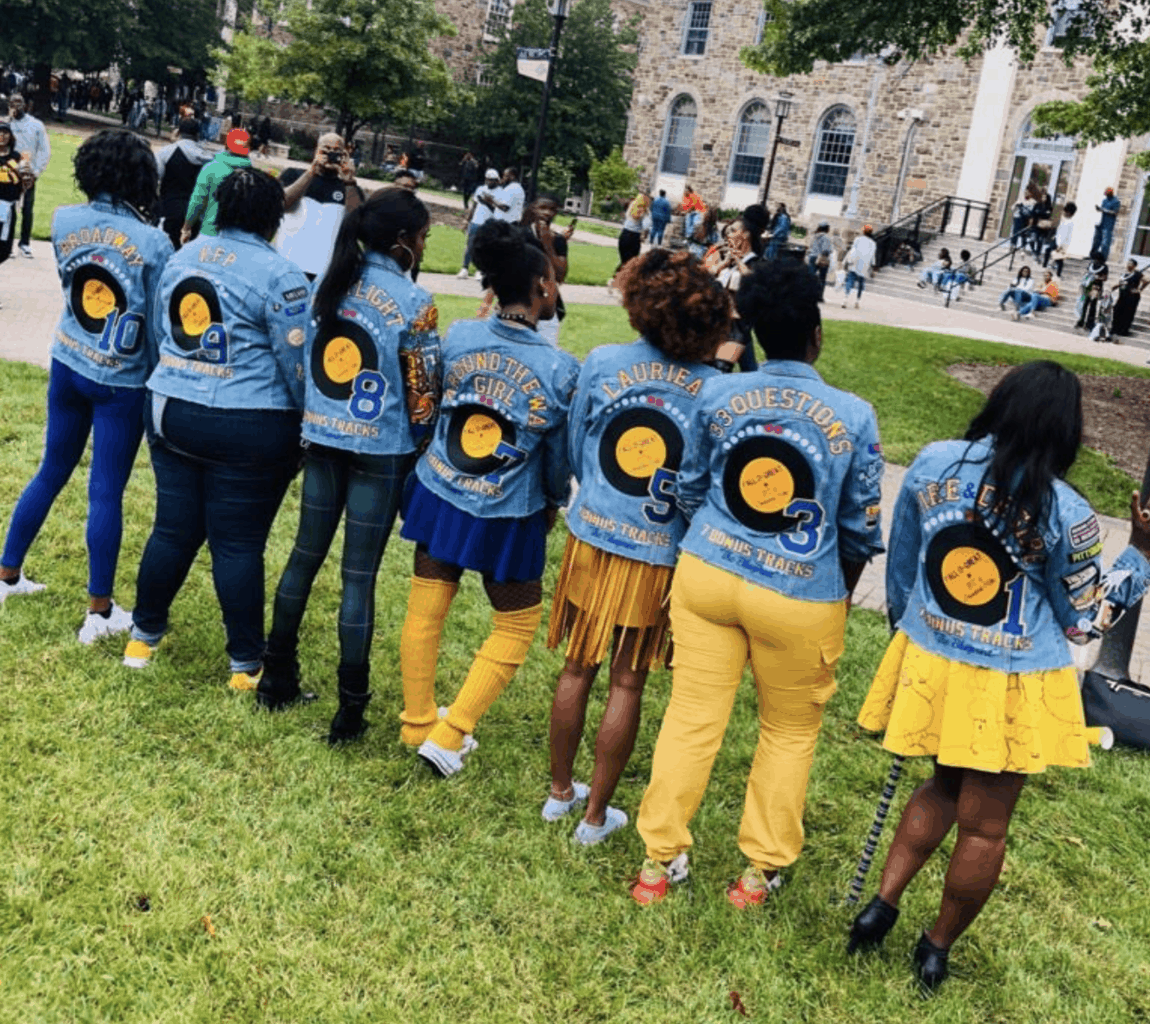 As a line, Fall 08, now women in their late 20’s and early 30s, still live by the principles of Sisterhood Scholarship and Service 10 years later. Many have gone on to pursue and acquire advanced degrees, others have dedicated service to social ills and the pursuit of their dreams, and some are still forging their paths using the illustrious light of Sigma to guide them. No matter the walk, the 7 have chosen their bond remains special. They hold themselves accountable in Sisterhood and to the standard of being “Breathtakingly Thorough” in all aspects of Sigma.

To them, being “Breathtakingly Thorough” is to embody what is to be a member of the Beta Tau Chapter. It exemplifies setting the pace for innovation throughout the campus of Morgan State University and within Sigma Gamma Rho. The 7 women hold fast to the spirit of leadership and tenacity that allows them to continue to be creative, steadfast, resilient and definitive.

Like anything lasting and worthwhile, Sisterhood wasn’t handed to them. They created the bond they needed to serve its purpose in each of their lives. Sisterhood isn’t for the faint of heart.

“Do the work to maintain it and give the bond the proper nourishment and you’ll be surprised by what abundance may spring forth,” one of the sorors wrote to Watch The Yard in an email. 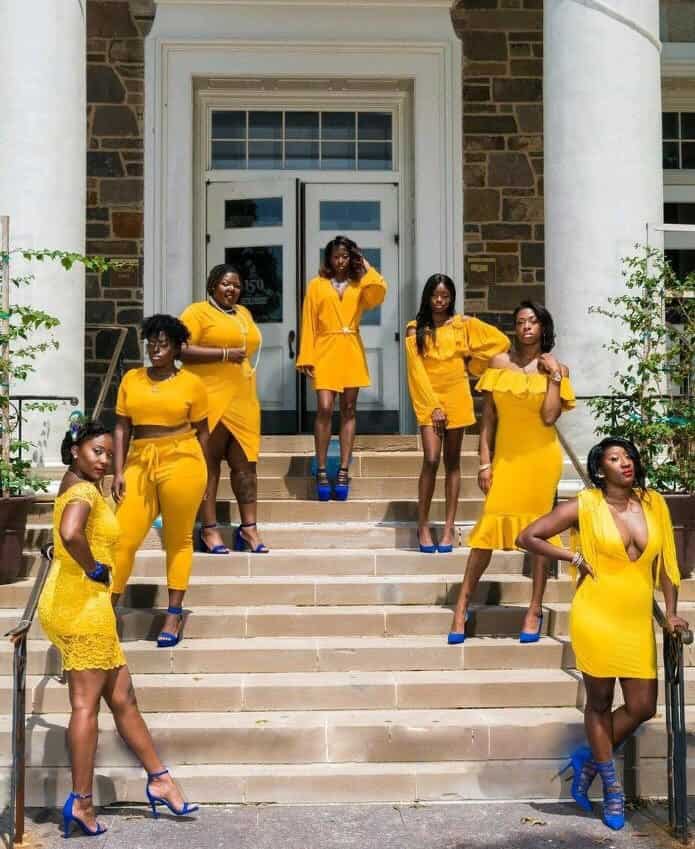