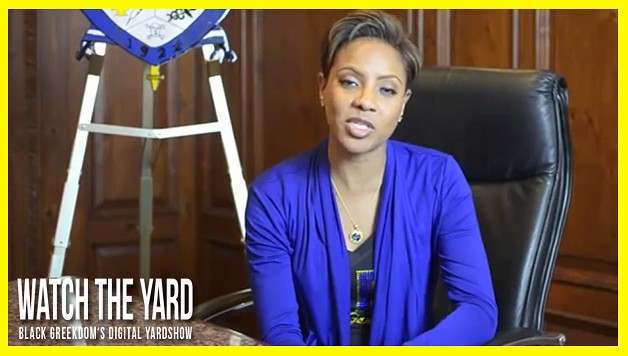 In the following video, the famed SGRho sister explains the meaning of the project and what it means to both her sorority and the community as a whole.

“Sigma Gamma Rho has a long and sustainable history in the business of teen pregnancy prevention,” the project’s webpage states. “In 1972, a pilot program with two chapters (Zeta Sigma and Alpha Delta chapters) initiated Project Reassurance with family life and leadership development workshops for coeds at the School of Continuing Education, St. Louis, Missouri.  This pilot project effort s became a National Project in 1974 with Rejesta V. Perry, PhD, as the national director of Project Reassurance.  Project Reassurance was first established in 1974 in conjunction with the National March of Dimes Birth Defects Foundation.  In August 2001, the Board of Directors of Sigma Gamma Rho Sorority, Inc. voted Project Reassurance as the Sorority’s National premiere program.”

Share this article with your networks and show them that SGRhos take their community service very seriously.