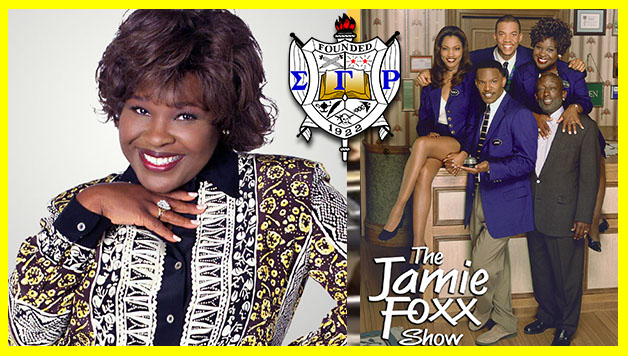 Did you know that the actress who played Aunt Helen from the Jamie Foxx Show is a member of Sigma Gamma Rho?

It is true! Ella English was born in Covington, Georgia and attended Clark College (now Clark Atlanta University) in Atlanta. She planned to study law but when the head of the drama department overhead her singing he offered her one of the leading roles in their musical production and she decided to follow that path.

She transferred to Georgia State University to study speech and drama, and soon became an ensemble player at the Alliance Theater. She then moved to New York where starred in productions including Ain’t Misbehavin’, Ma Rainey’s Black Bottom, Colored Museum, Dreamgirls, Romeo and Juliet, Spunk, Show Boat, Barnum, Nunsense and One Mo’ Time, to name a few. Along with this, she sang with the (New York) Community Choir as one of their solo recording artists.

She then moved to LA and became a series regular (as Helen King) on The Jamie Foxx Show. Her other television credits include Martin, Sinbad, Empty Nest, The Five Mrs. Buchanans, Love & War, Get Smart, and Thea.

Her current work with Big Sisters of Los Angeles shows why she was picked to be a Sister of Sigma Gamma Rho, Sorority, Inc!

Share this with a member of Sigma Gamma Rho and make her day!