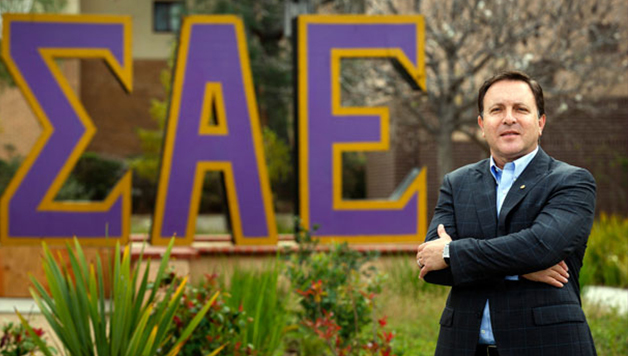 Sigma Alpha Epsilon’s National President, Brad Cohen, has responded to the controversial video that was released Sunday of white members of his fraternity’s Oklahoma chapter chanting a racist song about African-Americans.

Cohen took to Twitter Sunday night to express his “disgust” with the actions of his fraternity’s members. 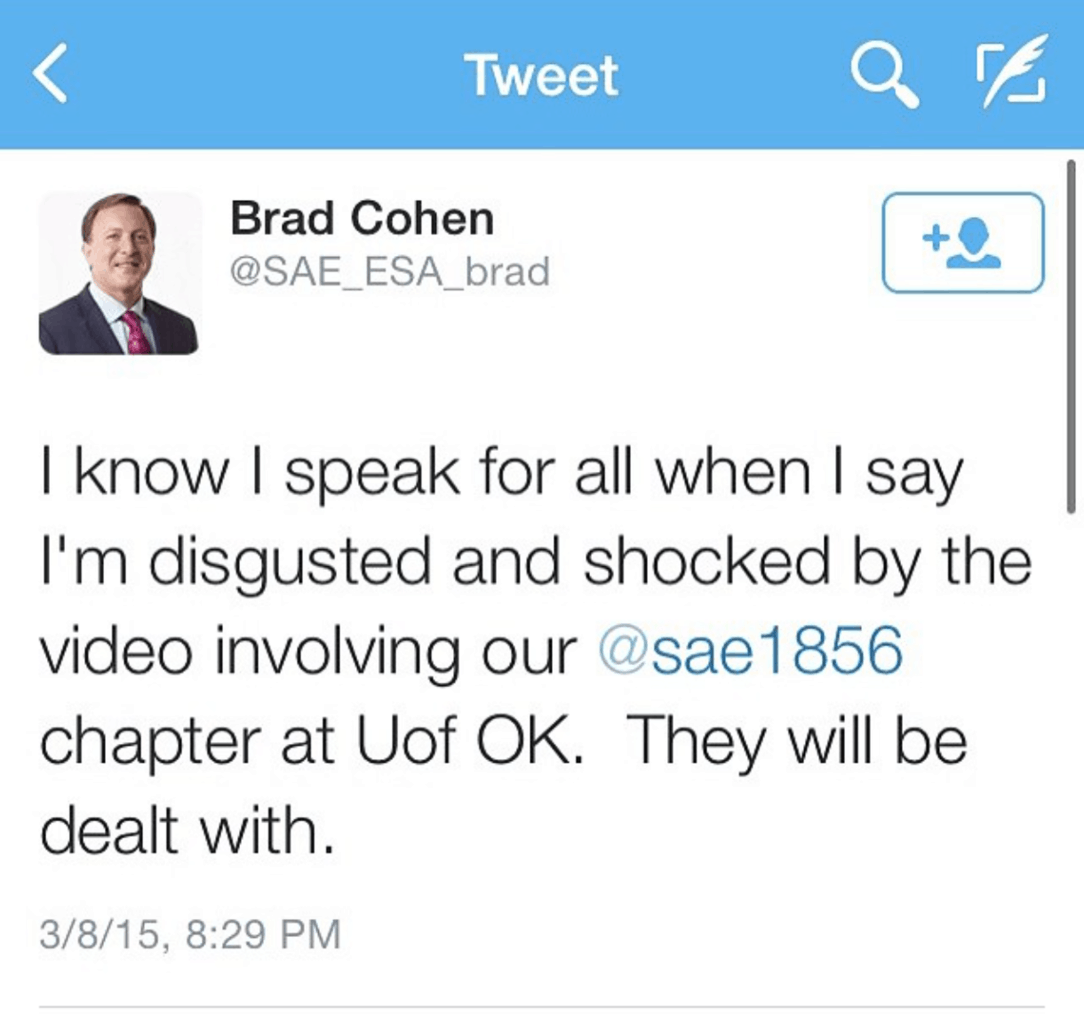 The video that he is referring to was posted anonymously to YouTube on Sunday of members of the fraternity’s Oklahoma chapter singing racist lyrics about their intake practices. The video has received immediate national attention and both the university as well as the national headquaters for SAE are launching investigations.

In the video, a bus full of caucasian fraternity members in formal attire are see clapping along and singing the following lyrics:

UPDATE: SAE’s national headquarters has moved very quickly to address this situation. Within hours of the video going viral they have made an official order to close the Oklahoma chapter. 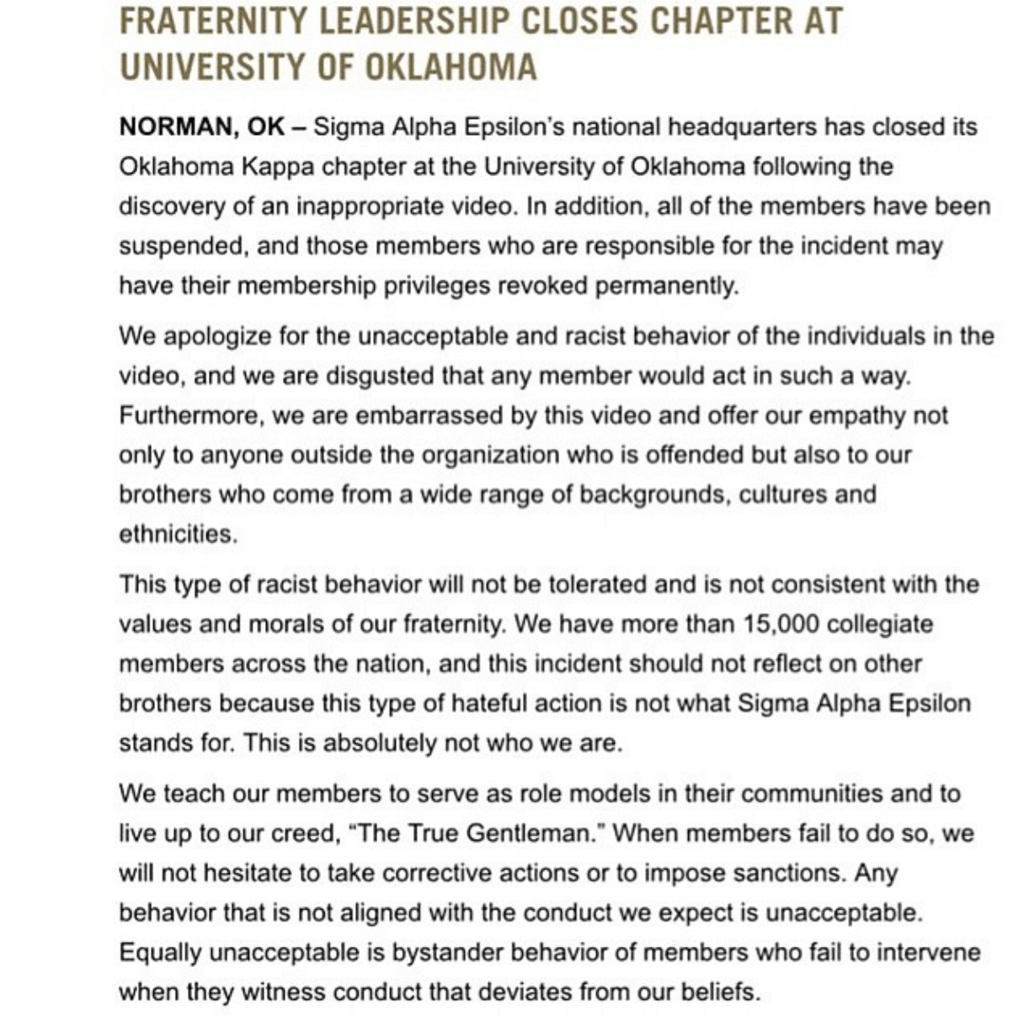