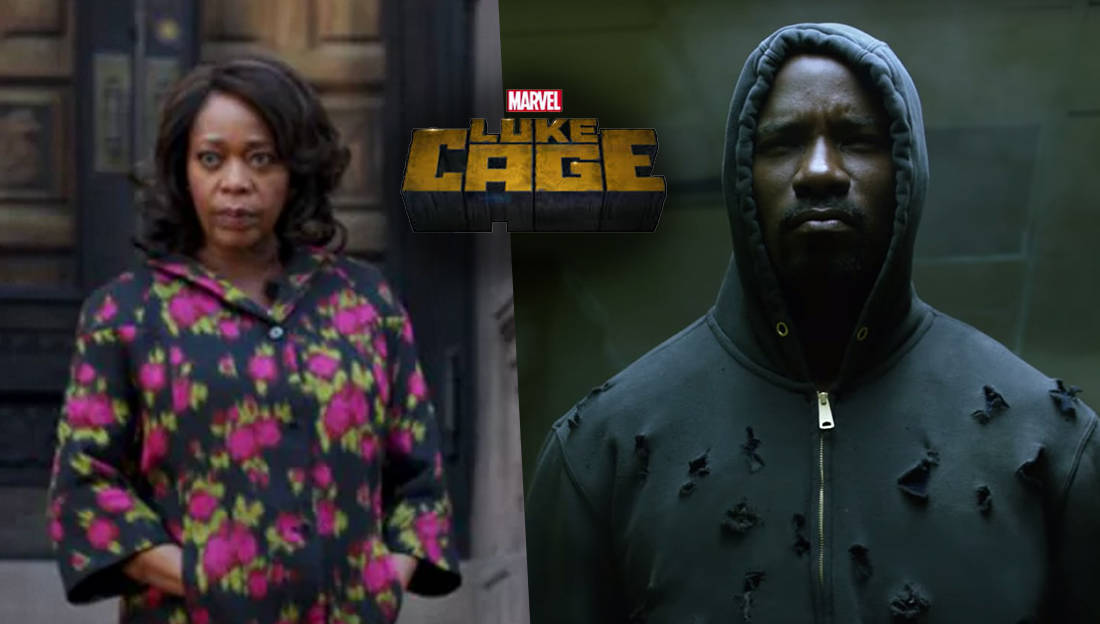 (Spoiler Alert: If you have not made it halfway through season one of Luke Cage, you may find some spoilers in this article. It was written in 2016 though, so if you have not seen Luke Cage yet, get on it.)

This last weekend Netflix released Marvel’s Luke Cage series and so many people scrambled to watch it that it actually crashed Netflix servers.

People seem to gravitate toward this show because of its unabashed blackness and the fact that it is so DAMN entertaining. And if you are a member of a black fraternity or sorority, there is a very good chance that you spit out your drink, dropped your popcorn and hit the rewind button as soon as you heard the subtle Black greek reference made during the show when it was revealed that two of the characters in the show are supposed to be a members of a black sorority.

Yes, that is right! The show alludes to the fact that one of the villains, Mariah Dillard aka. Black Mariah who is played by Alfre Woodard, as well as the character Inspector Priscilla Ridley, are members of Delta Sigma Theta.

During one of the scenes the non-greek GDI(lol) Misty Knight makes fun of Inspector Priscilla Ridley for being members of Alpha Kappa Alpha with the villain Black Mariah.

“Look, I was just about to compel her to make a statement before you let your little soror Skee-Wee on out of here,” she states poking fun at them by naming the wrong sorority.

The show makes you believe they are AKAs until The Inspector final corrects Misty and lets her know that they are Deltas by stating the proper call is “OO-OOP”. As soon as the black corners of the internet got word of this scene it FREAKED out! Just look at some of the Tweets that went out! People were HYPED! 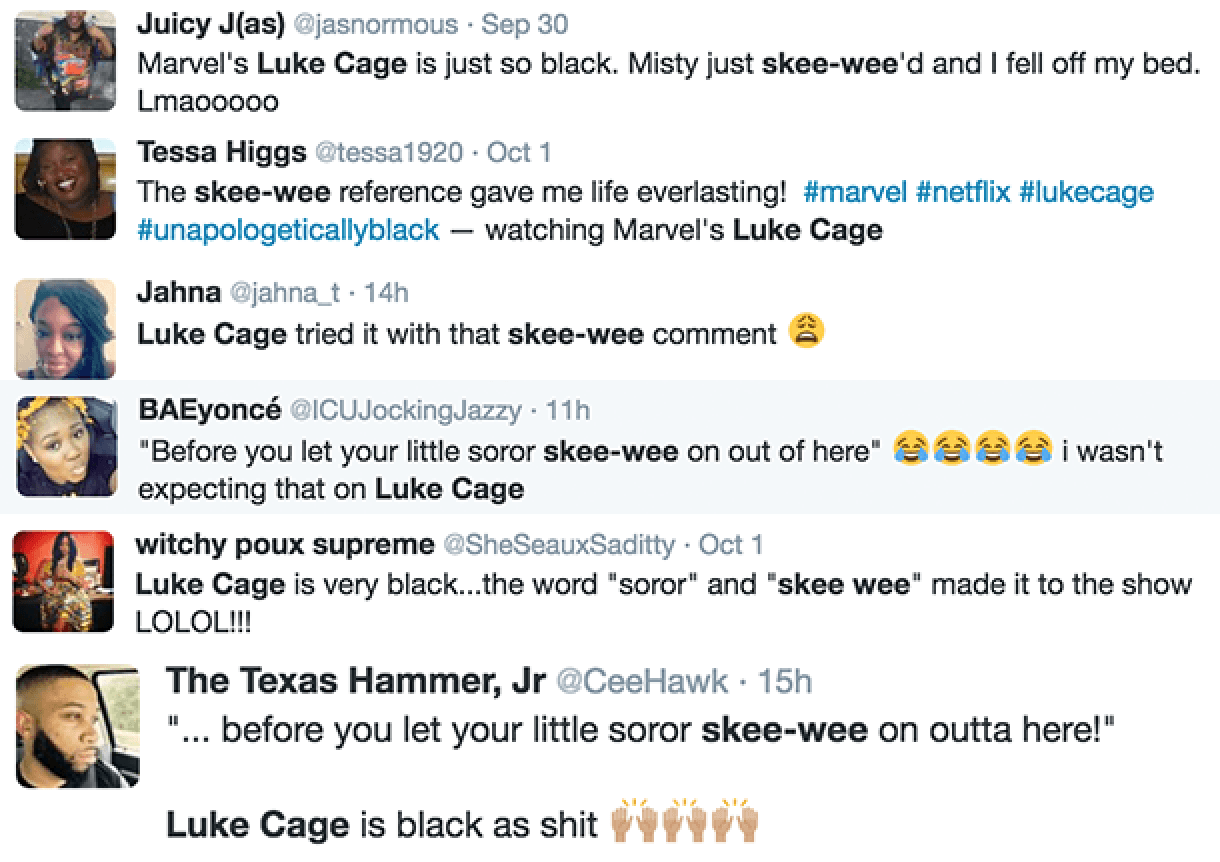 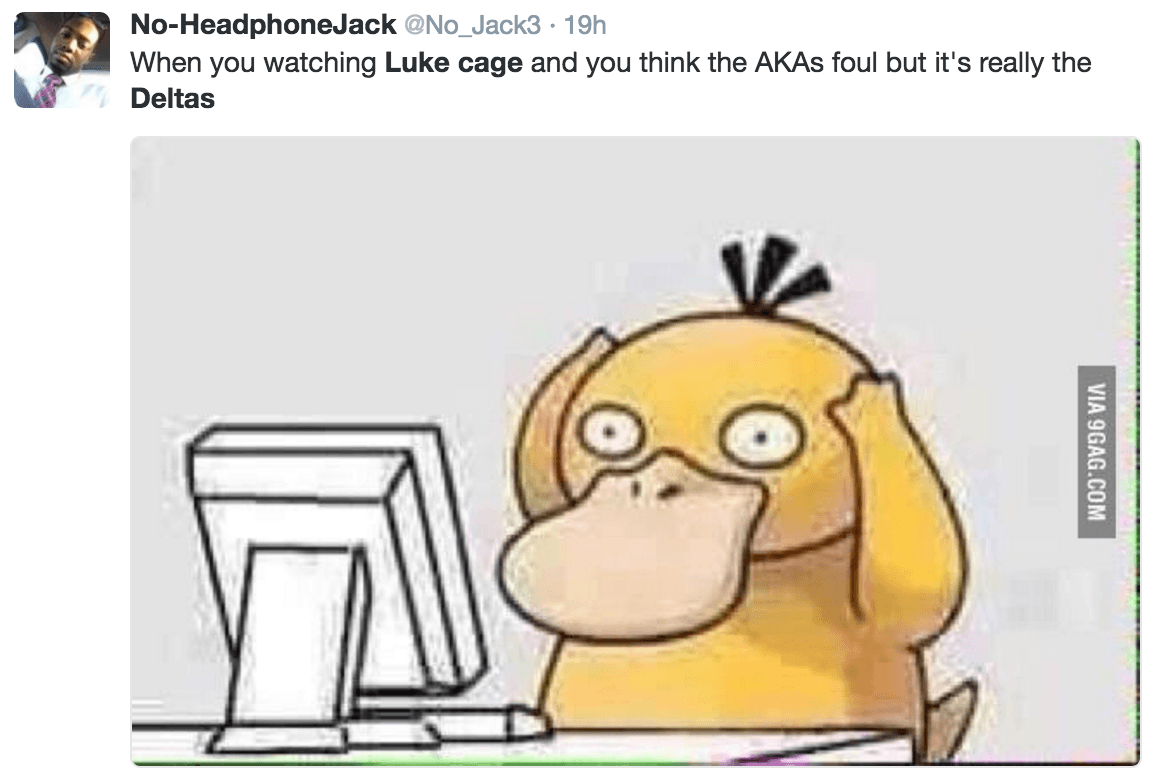 So now for some background on the characters. Time for a Black Nerd history lesson. Ya’ll ready?

According to the internet, Alfre Woodard’s character, Mariah Dillard, was created by Billy Graham, George Tuska, and Steve Englehart, and first appeared in Luke Cage, Hero for Hire Vol. 1, #5 in 1973. Her storyline is a little different than in the comic books than it is in the Netflix Original Series but that mostly has to do with her appearance.

“This version is depicted as a councilwoman of Harlem and the cousin of illegal drug dealer “Cottonmouth”, who aids in the funding of some of her political campaigns. She is not depicted with a large physique as the comic version has. Though she initially tries to avoid too much involvement in Cottomouth’s affairs, she kills him in rage after Cornell accuses her of wanting to get raped by her Uncle Pete when she was younger. She then allies with his right-hand man, Shades, to pin the murder on Luke Cage and tries to get the aid of Cage’s enemy Diamondback to bring him down. She is nearly arrested by Misty Knight, but Shades killed her primary witness to confirm Mariah’s crimes. Due to Mariah name-dropping Luke’s original name on television, Luke is arrested and taken back to Seagate, while she and Shades continue Cottonmouth’s criminal empire.”

This is how she was depicted in the comics: 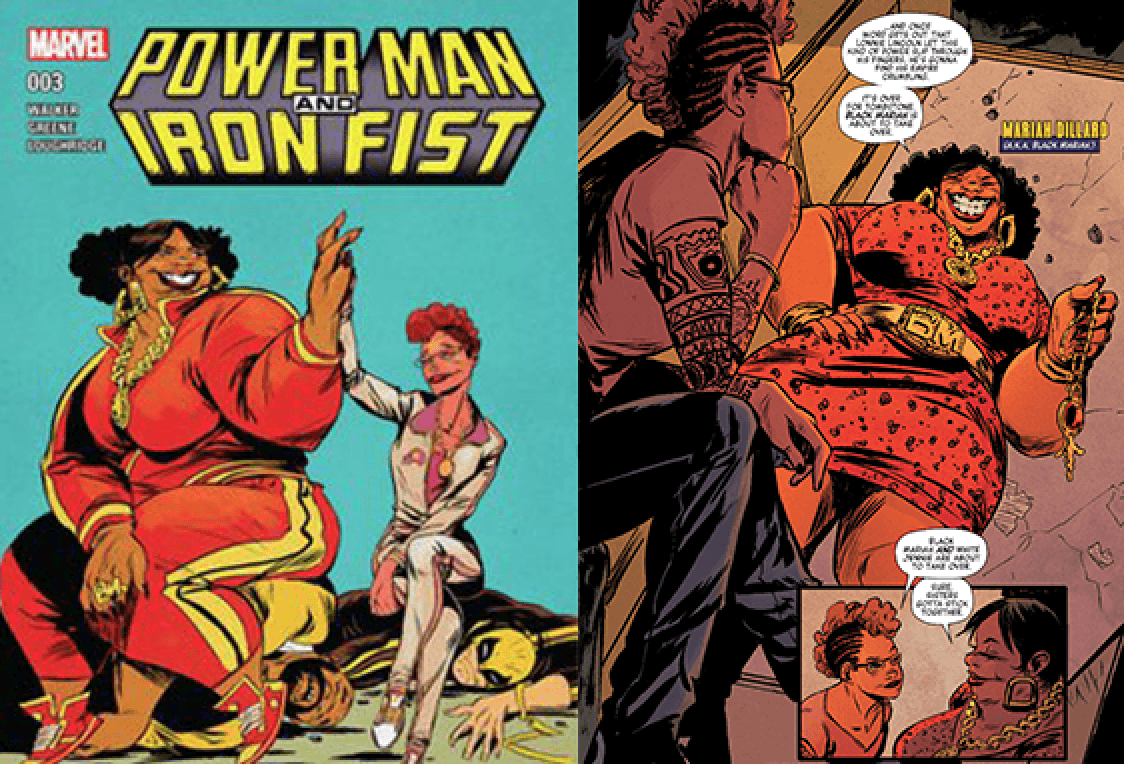 Inspector Priscilla Ridley AKA Inspector By-The-Book, who is played by Karen Pittman in the show, is a hard to like police character who really wants to take down the good guy. While she is not as big of a character in the show, it alludes to that she is also a member of Delta Sigma Theta.

While the show gives us no background as to where they fictionally crossed and this moment actually seems pretty small in terms of plot development, it is important to us over here at Watch The Yard because by having characters reference Alpha Kappa Alpha and Delta Sigma Theta, we now know that Black fraternities and sororities as well as Howard University(the campus on which both the AKAs and the Deltas were founded) exist within the Marvel Universe.

If we believe this to be a fact, it means that Black Greekdom exists within the Marvel Universe and that it is very probable that other superheroes who are black and have attended college, or have educations could possibly also be Black greeks!

Yeah…that is right! Just stop and think about this for a moment. It means that there could be a fictional NPHC chapter in Wakanda! Can you imagine if Marvel decided to retcon some of their famous Black characters such as Storm, War Machine, Blade, Miles Morales(the afro-latino Spiderman), Nick Fury and give them Black greek plotlines?

This could mean that your favorite Superhero could possibly also be your fictional frat brother or soror.