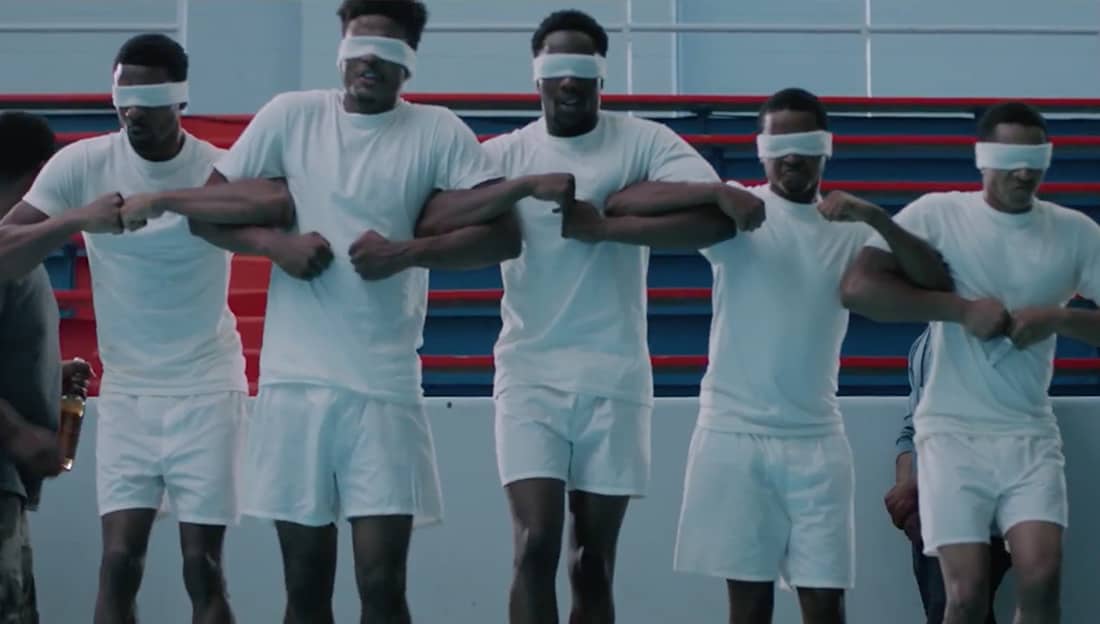 Today Netflix released the trailer to Burning Sands, a movie that has won awards at this year’s Sundance Film Festival and deals with a topic that is sure to cause a lot of controversy and open up a very interesting dialogue: hazing in Black greekdom.

The film, directed by Gerard McMurray, a member of Omega Psi Phi who was initiated through Howard’s Alpha Chapter, is centered around a young man pledging a fictional Black fraternity at a fictional HBCU. In the 2-minute trailer alone, you see the pledgees being kicked, punched, paddled, forced to drink large amounts of water, submerged under water, beat up and spit on. According to Netflix,

“Burning Sands takes you on a raw, voyeuristic journey of fraternity pledging through the eyes of one favored pledgee, who is torn between honoring a code of silence or standing up against the intensifying violence of underground hazing. Led by a breakthrough performance by Trevor Jackson, director Gerard McMurray’s feature directorial debut brings an emotional honesty to the classic tale of “rites of passage” and the complicated bonds of brotherhood.”

The Netflix Original is executive produced by Caroline Connor and surprisingly, the rapper Common.

According to Netflix, the movie will launching on Netflix on March 10, 2017. While we have not seen the movie yet, we are sure that it is going to cause a stir on HBCU campuses and within the Black greek world.

Watch the trailer below and then tell us what you think.

Do you plan on watching this film? How do you think it is going to affect HBCUs and Black greekdom as a whole? Let us know your reactions to the trailer in the comment section below.