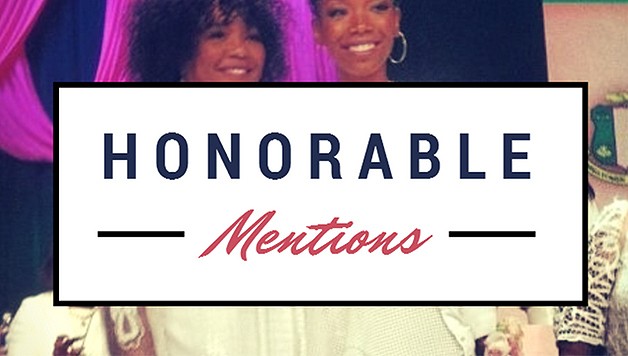 [This piece was written by WatchTheYard.com Guest Writer, Alexzandria Chill and originally published on 7/9/15]

A couple of weeks ago was Boule and Conclave central, as well as Phi Beta Sigma’s 100th year anniversary (GOMAB to my Frat). Among all of the conference hype, we gained new NPHC members, including songstress, actress and Alpha Kappa Alpha Legacy, Brandy Norwood. As the photo of Brandy circulated online, we noticed her ceremonial white dress and Ivy struck a nerve with a few AKA members and non-members alike.

As I jealously trolled through my Facebook Newsfeed for DC photos of Zeta & Sigma DC festivities, I ran across an article written by one of  Madame Noire author’s Charing Ball. The blog entitled “ Why I Think Honorary Greek Inductions Are Unfair” detailed a story of love, lost and self-proclaimed “closure”. She tells of her excitement to join AKA, her inability to become a member due to lack of finances, and her disdain of “undeserving” Honorary Members.

I do not begrudge Norwood. But she had two advantages here: legacy and fame. Those privileges meant that in terms of gaining access to that particular organization, she never had to worry too much about risk. And that is why I just don’t think honorary inductions are fair practices…the practices totally spit in the face of everything everyone, including these same institutions, has ever said life was supposed to be about: hard work and merit…

This is a post about the types of messages we put out into the world and values we reinforce when those, who studied, learned the craft, did the research, walked the right lines and struggled but ultimately played the game as the rules had been laid out, find their hard work and merit overlooked in favor of the notable, the inherited and pretty much those folks who already have the advantages.

We know there are three main paths to Greekdom: crossing undergrad,  joining grad chapter and becoming an honorary member. Each path comes with its own processes and although Honorary Members do not go through the same protocol as we did, their journey is just as important.

Here are three things we must understand and acknowledge about our Honorary Greek Members:

1) Had it not been for their FAME, many of us would have no interest.

One of the first things we did when looking into our organizations was research famous members. As we scrolled down the list of public figures, we fantasized how great it would be to be associated with that particular person. There are hundreds of unspoken heroes that run our undergrad and grad chapters everyday. But those individuals aren’t as accessible as our Honorary Members. This is even more true for our famous members who did pledge undergrad or grad. We think of their talents; their contributions; their character; their image. If it aligns with how we identify ourselves, it’s easier to see ourselves as a member of our organizations.

2) Their vigilant contributions to their particular craft and commitment to their community is the same HARD WORK we demonstrate in our chapters. It’s just displayed in a different way.

Even though Honorary Members don’t put in the same work as we do in our undergrad and grad chapters, it doesn’t mean their efforts are less important. These actors and actresses, singers, congressmen, scientist, etc. worked tirelessly to make a name for themselves and for others. They excelled so we can have a stepping stone to excel higher. Their contributions to their craft and community should be duly noted and appreciated. To associate their legacy of accomplishments with our letters is a privilege and an honor.

3) Their combination of FAME and HARD WORK creates a level of MERIT that drives and inspires us to be influential Greek members.

When we hear about the great things our Honorary Members have done, it raises the level of expectations we set for ourselves and our organization. We celebrate our Honorary Members’ leadership. In turn, this encourages us to be dynamic leaders. Our urge to ignite others and to use our creative influence kicks in to the max. Honoraries serve as motivational fuel for members and non-members alike to do the impossible. Associating their names with our organizations adds a boost of light that shines through to people and places we wouldn’t have had access to if it had not been for them. This gives us a larger platform to practice the principles our Founders set forth for us to execute.

What do you think about the concept of honorary members? Let us know your thoughts in the comment section below.