George Zimmerman, the man who shot and killed unarmed Trayvon Martin in 2012 retweeted a picture of Trayvon’s dead body today that had the caption “Z-Man is a one man army. 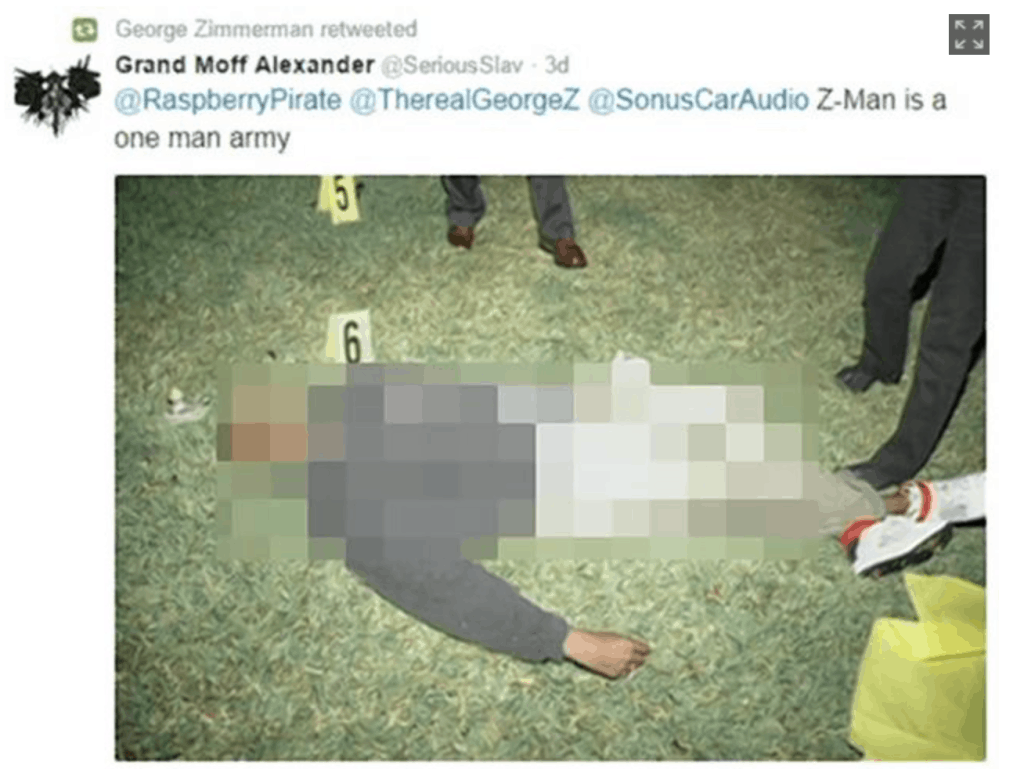 You’d think that Zimmerman would have chilled out and tried to lay low after being somehow acquitted for the killing of Trayvon but it turns out that this retweet is not really out of the ordinary when put alongside the rest of his recent tweets. For one thing, his profile image is a picture of a painting of a confederate flag he painted. 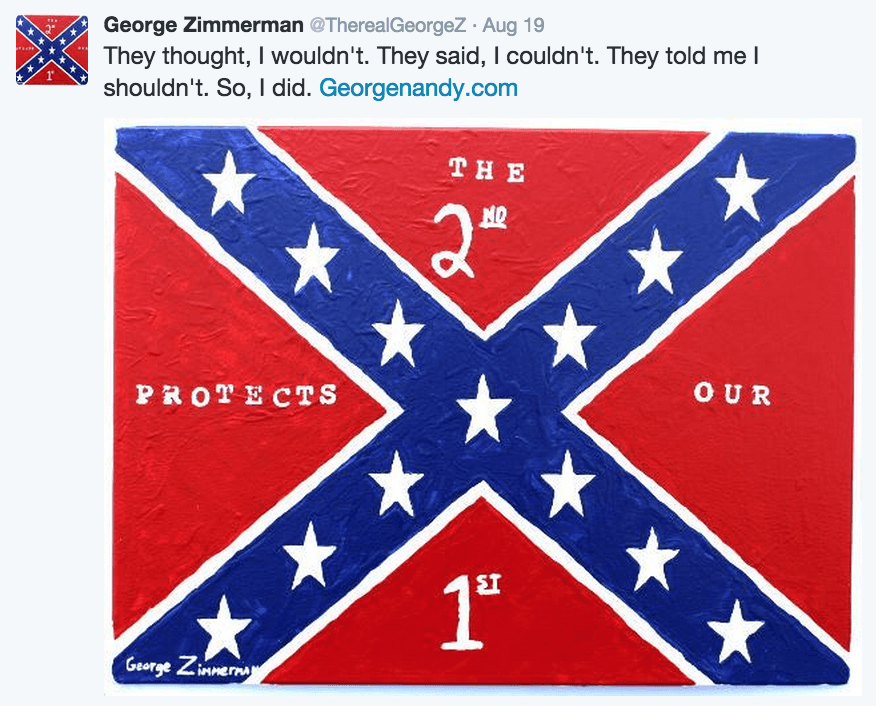 We at WatchTheYard.com scrolled through his timeline for literally less than three minutes and among video links to random security video of black men stealing from stores, we found the following tweets. 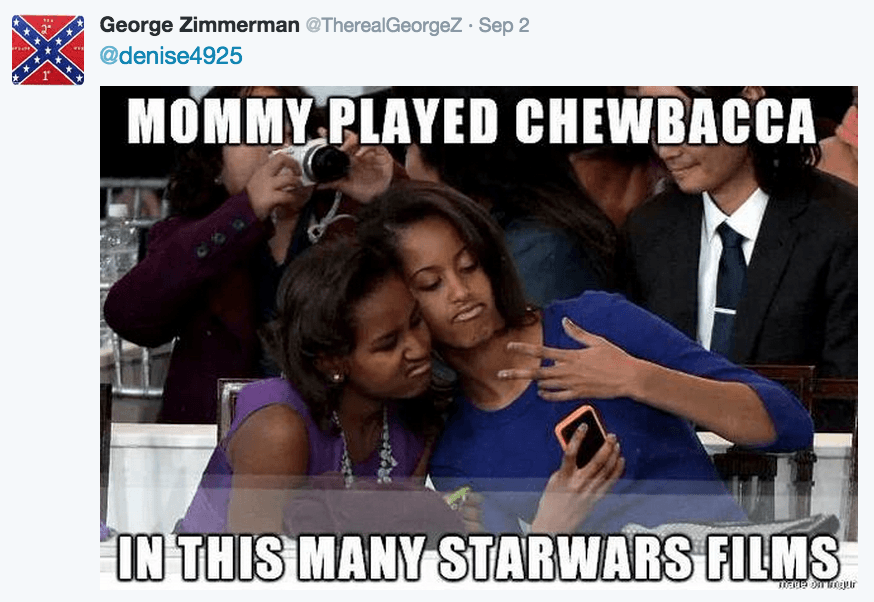 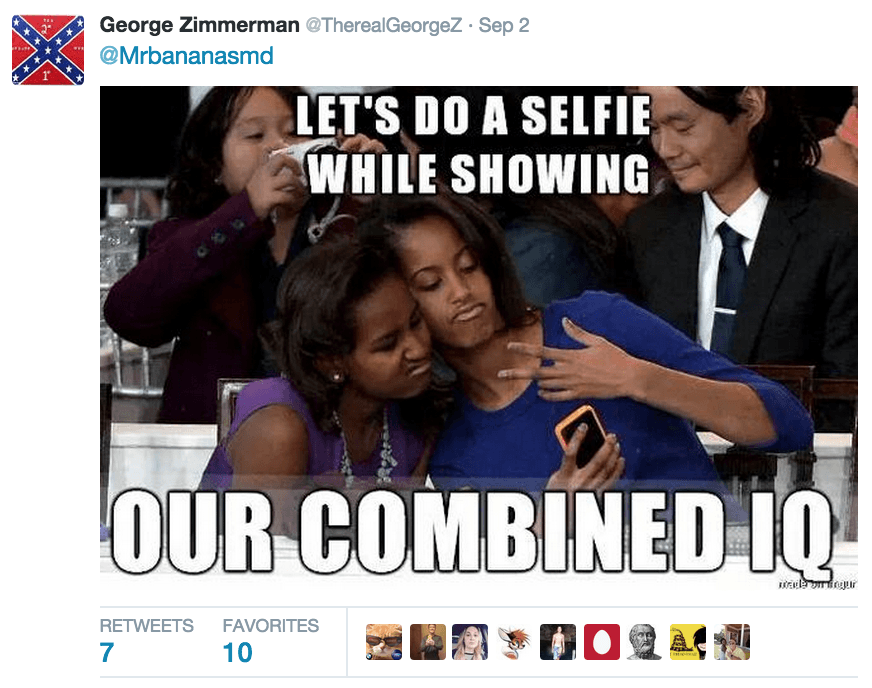 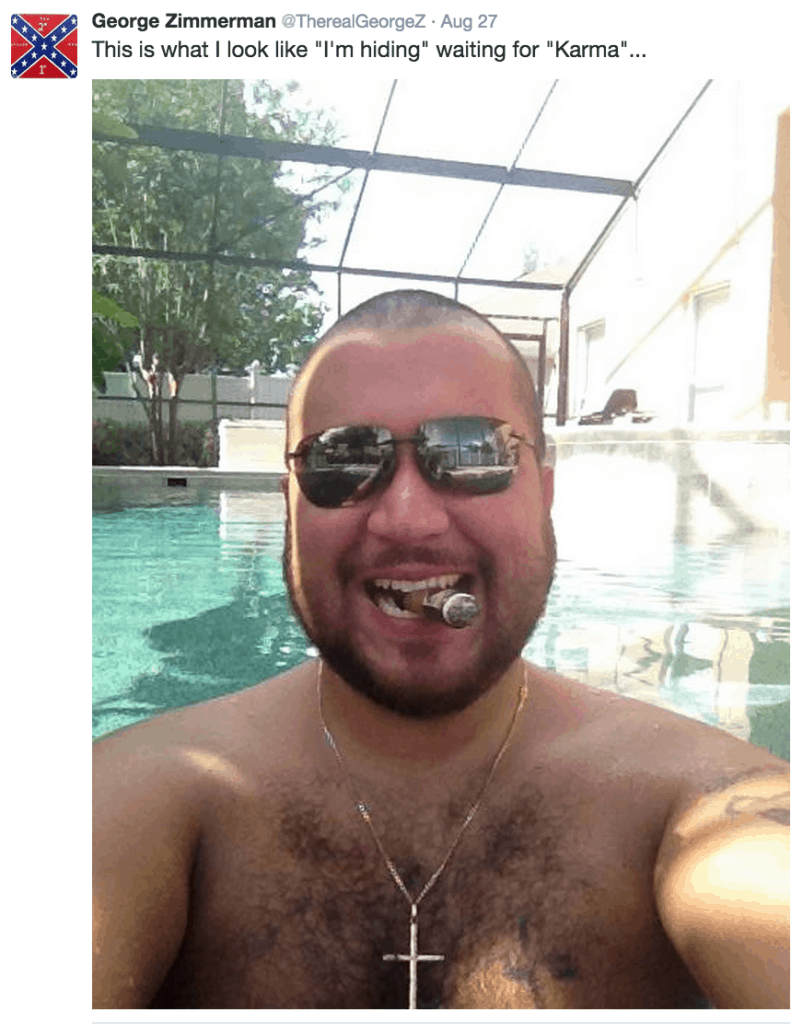 Click on the arrows below to see more of his tweets.