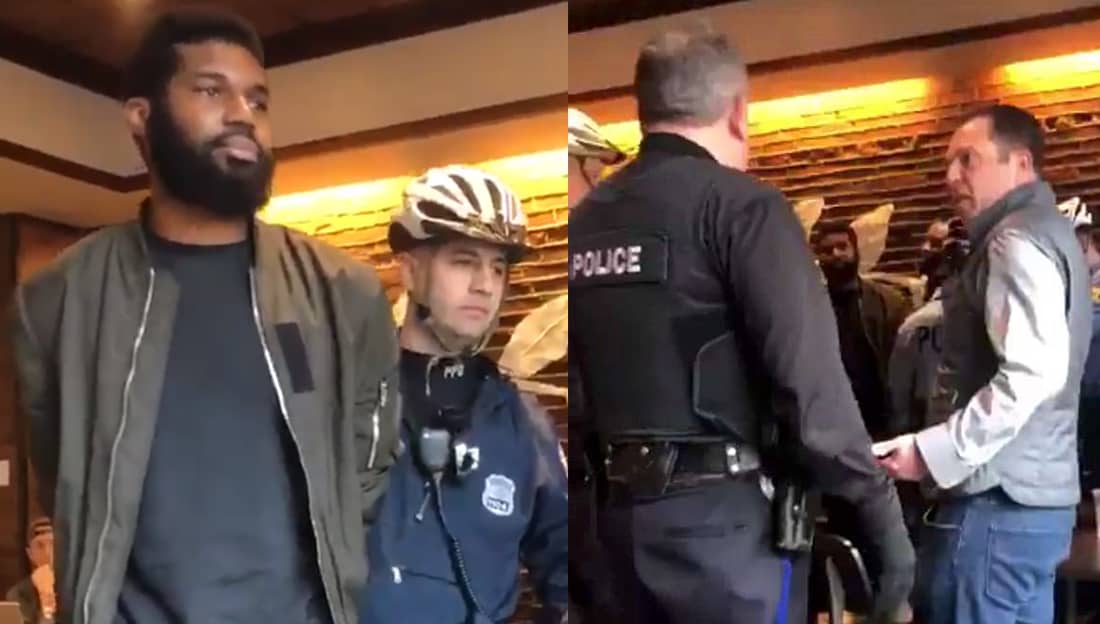 Omega Psi Phi Fraternity, Inc. released a statement this morning stating that one of the men in the viral Starbucks video of two Black men being arrested while sitting down in the coffee chain is a member of their fraternity.

Giving Honor to God and my Lord and Savior Jesus Christ.

The times that we are living in continue to unveil the bold and dark side of racism through the lens of ready cameras of witnesses that record the injustices that are reported daily. The latest incident on the news around the world touched our Omega family as one of the young men arrested at the Starbucks in Philadelphia, Pennsylvania is an Omega Man and remarkable example of resilient courage in the face of undeserved fire. I thank God for his sense of presence and calm because the encounter with police officers could have been very different. While we won’t yet releases names, please know that this Basileus and Chapter Brothers have been in touch. Rev. Dr. Martin Luther King, Jr., said, “Now is the time to lift our nation from the quicksand of racial injustice to the solid rock of brotherhood.” Brothers, I say to you fifty-five years later that now is the Time! This was very clearly racial injustice but maybe this case will be the catalyst to create the positive change that we seek. When people of all diversities, ethnicities and cultures stand to speak out, the world takes notice. There were others in Starbucks that boldly stood up to speak against the actions taken by police and management. The CEO of Starbucks has made a public apology and I applaud his sincerity but the change within his company must include the training of management and employees on the correct procedures to embrace and understand diversity and continuously act accordingly. This will determine if Starbucks gets this right.

My Brothers, let’s continue to lift as we climb to show this world how good it will be when we all turn to the solid rock of brotherhood and mankind! WE ARE ONE!