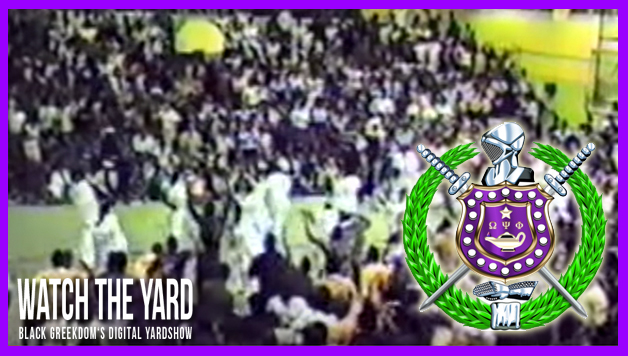 This Omega Psi Phi step show from Norfolk State University in 1985 has hit the internet and gone viral over night!

“Why?” you may ask? Because not only is this the OWTEST old school step show you have ever seen, but the brothers make the crowd go wild while hopping and playing instruments at the same time! They were going crazy as if Michael Jackson and New Edition had walked in.

It is apparent from the first 30 seconds of this show that the Ques ROCKED the yard at NSU and no one could touch this show.  According to a person who submitted this video the lines represented include Fall 83, Sp 84 and 85 brothers at NSU “where you didn’t just put on gold boots you had to earn them by winning a show!”

…Obviously these brothers got their boots!

Please share this video with a Que and make their day!