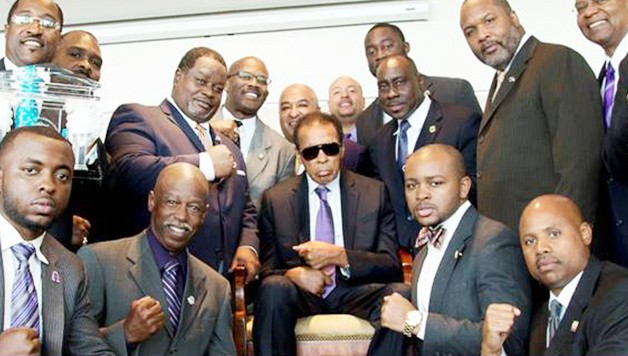 Omega Psi Phi Fraternity, Incorporated extends our collective condolences to the family of Muhammad Ali who transitioned over night. His global impact will be felt for generations and we were blessed to have presented him with the Fraternity’s highest honor, the Omega Lifetime Achievement Award in 2014.

Brother Antonio F. Knox, Sr., 40th Grand Basileus stated, “He was an iconic role model, a symbol of justice, athletic stardom and selfless humanitarianism that expanded the globe. The Fraternity was honored to recognize his immeasurable contributions to the world inside and outside of the ring. The world has truly lost a giant and we extend our heartfelt condolences and prayers to his family.”