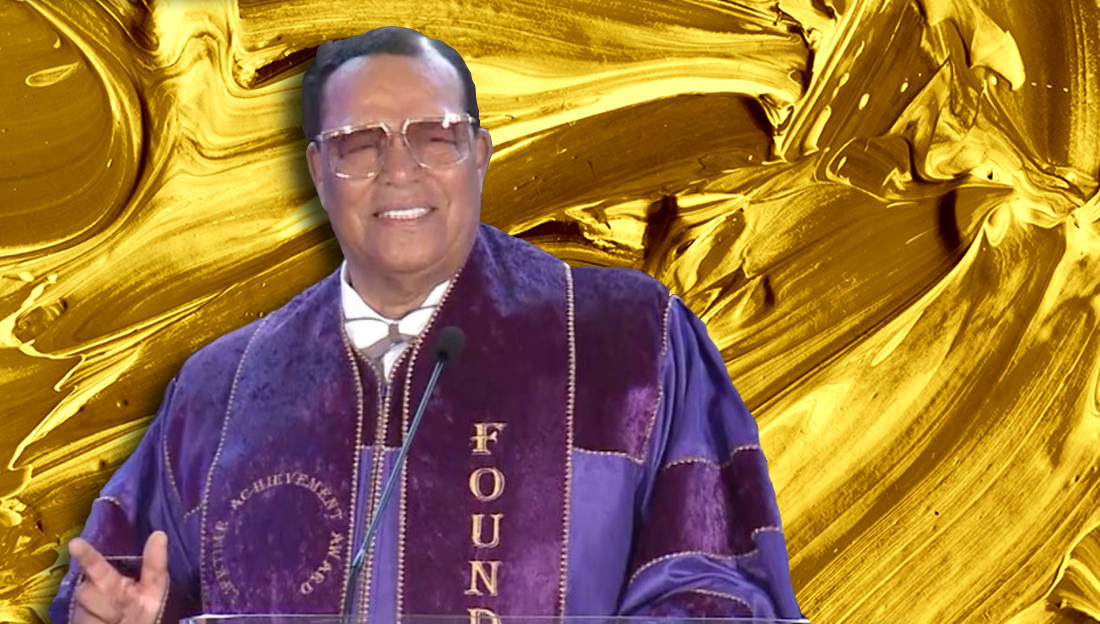 On August 26th, the men of Omega Psi Phi Fraternity, Inc. welcomed the Minister Lewis Farrakhan of the Nation of Islam to their headquarters outside of Atlanta to award him their Lifetime Achievement Award.

“Minister Farrakhan has been a comforter to Black people for a long, long, long time. Honoring Minister Farrakhan is not an easy task. Some have asked why a Christian organization would honor a Muslim. Why would Farrakhan not deserve this? Has he not earned it?” The Final Call quotes him saying. “The Supreme Counsel of the Omega Psi Phi Fraternity concluded he was so worthy and courageously voted to give him this esteemed award unanimously.”

“The men of Omega thought it would be fitting that we drape Minister Farrakhan in a robe because we want to cover a man who speaks the words of God.”

During Minister Farrakahn’s speech to the audience he said the following about Omega Psi Phi, referencing David in the Bible, “The law of God is a lamp under my feet. I dwell on that law night and day. This is what Omega men should always strive for, manhood in the face of an enemy who kills men who stand up. It is better to die standing up than bowing down to your enemy. That’s an Omega man.”

Minister Farrakhan also told the story about pledging Omega Psi Phi Fraternity at Winston Salam Teachers College where he was black balled off line in the 1950s before leaving the school.

“‘No wonder I pledged this fraternity I would be keeping company with giants,’ said the Minister as he passed photos of fraternity members such as Langston Hughes and Jesse Jackson,” The Final Call writes.

Mother Khadijah Farrakhan, the Minister’s wife, was also given a gift from the Omegas.