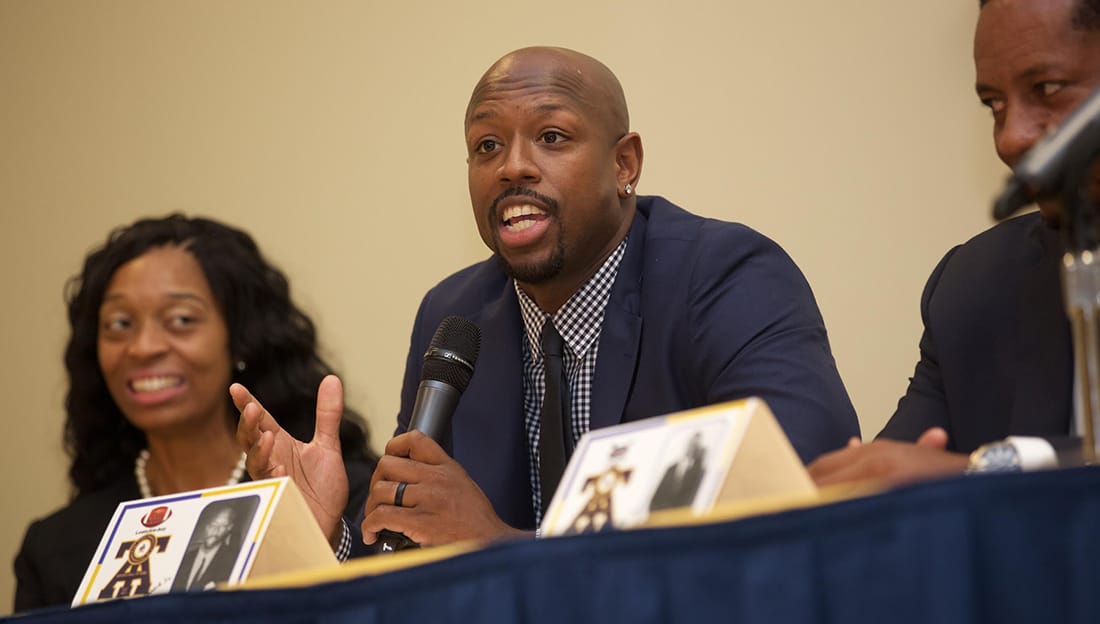 Thursday, September 6, 2018 was a night to remember for North Carolina A&T State University in Greensboro, North Carolina, as the alumni center played host to the 2018 Sports Hall Of Fame induction ceremony. This event highlights the carefully selected recipients of the athletic foundation’s most prestigious honor.

Currently known for it’s homecoming celebrations and large athletic conquests in football, women’s basketball, bowling, track & field, and overall “AGGIE PRIDE,” the North Carolina A&T Sports Hall Of Fame is a fantastic celebration of the men and women who practiced and played through unpaved conditions in order to pave the path for the success of the HBCU student-athletes and scholars today.

This year, the building was packed with family and friends of 9 men and women that were honored with athletic excellence. Scattered amongst the tables of teammates and coaches were a group of Omega men, donning fraternity pins and purple ties, ready to support newly inducted Hall of Famer, Curtis Deloatch, Sr.

Deloatch, the 2003 (tail) initiate of the Mu Psi Chapter of Omega Psi Phi Fraternity, Inc. at A&T, was the youngest inductee of the 2018 class.

In a touching video montage, “Loatchie-Boy” discussed his love for Aggie football, praised former coaches for life lessons, reflected on teammate memories, and finally expressed gratitude for his unique and blessed upbringing. He closed by honoring his grandparents who raised him, citing his drive for success came from making sure that they could stop working multiple jobs in order to pay for his education. That focus and determination took him from a late walk-on to a full scholarship starter. In addition to honoring his grandparents, he warmed the crowd with playful banter and reminded the Aggie class that he was a “bad boy” on the field. As a starter in 2001, he was 1st team all MEAC and Peach State Classic MVP with multiple punt and interception return touchdowns.

In addition to leading the nation in punt return average (26.5 yards – still an NCAA FCS single-season record), he was also awarded Defensive Back of the Year. Continuing to set records in 2002 and 2003 as team captain, he blocked a field goal and returned an interception against FAMU, and intercepted an additional 2 passes against Hampton to seal the 2003 MEAC Championship for the Aggies.

These collegiate accolades provided Deloatch the opportunity to be selected (undrafted free agent) by the New York Giants in 2004. He played cornerback for 3 years before being traded to the New Orleans Saints, where he was in perfect position to return the famous Steve Gleason blocked punt for the greatest touchdown in Saints history. Following deep playoff runs in New Orleans, Curtis went to the Carolina Panthers where he finished his NFL career.

Deloatch, currently a Charlotte, North Carolina resident, was overwhelmed with joy as his 4 children grandparents in attendance viewed the beautiful video tribute. Danielle, his wife of 10 years, at his side at the honoree table, officially made him a Hall of Famer by placing the medal around his neck and fitting him in the coveted A&T logo adorned Hall of Fame blazer. 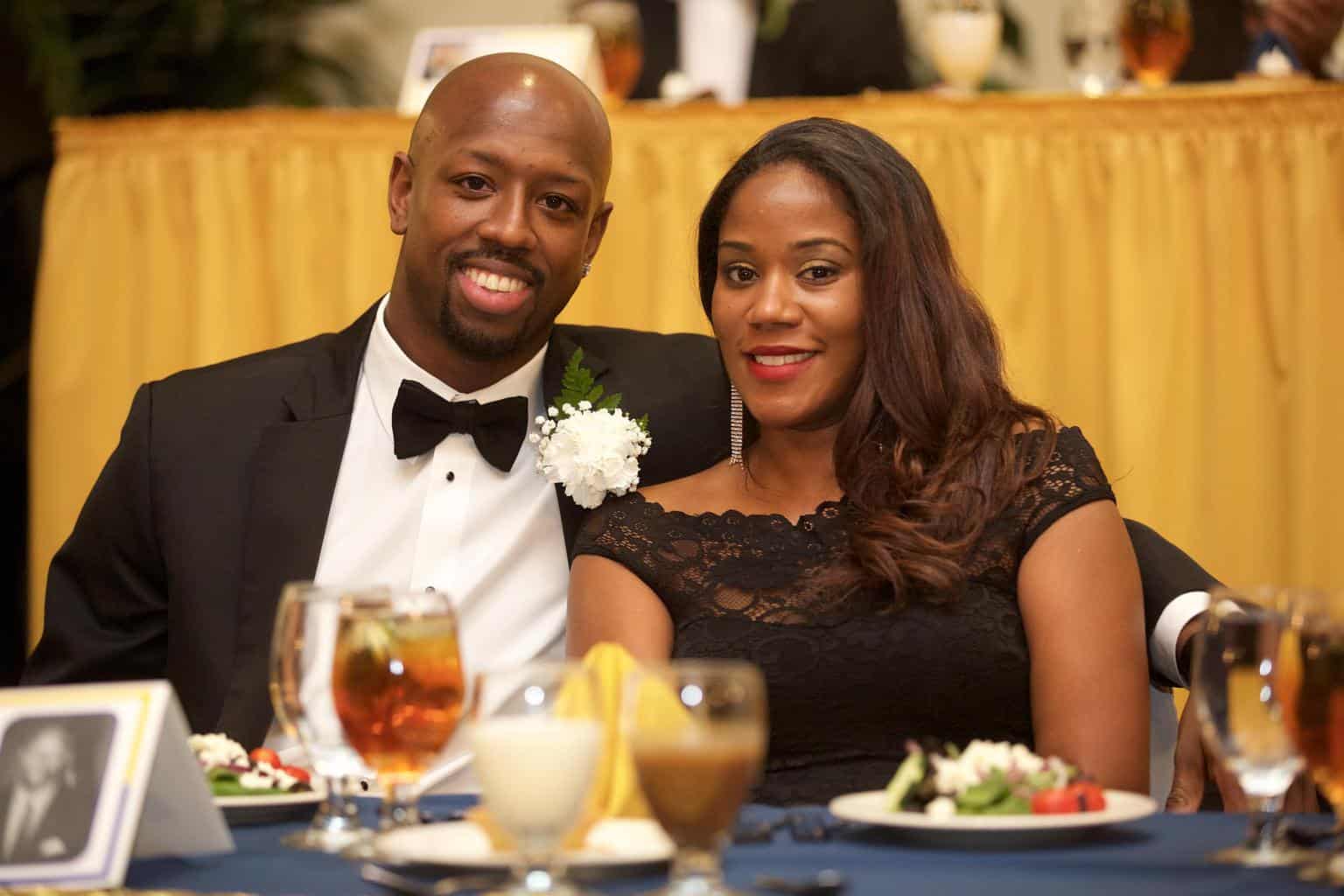 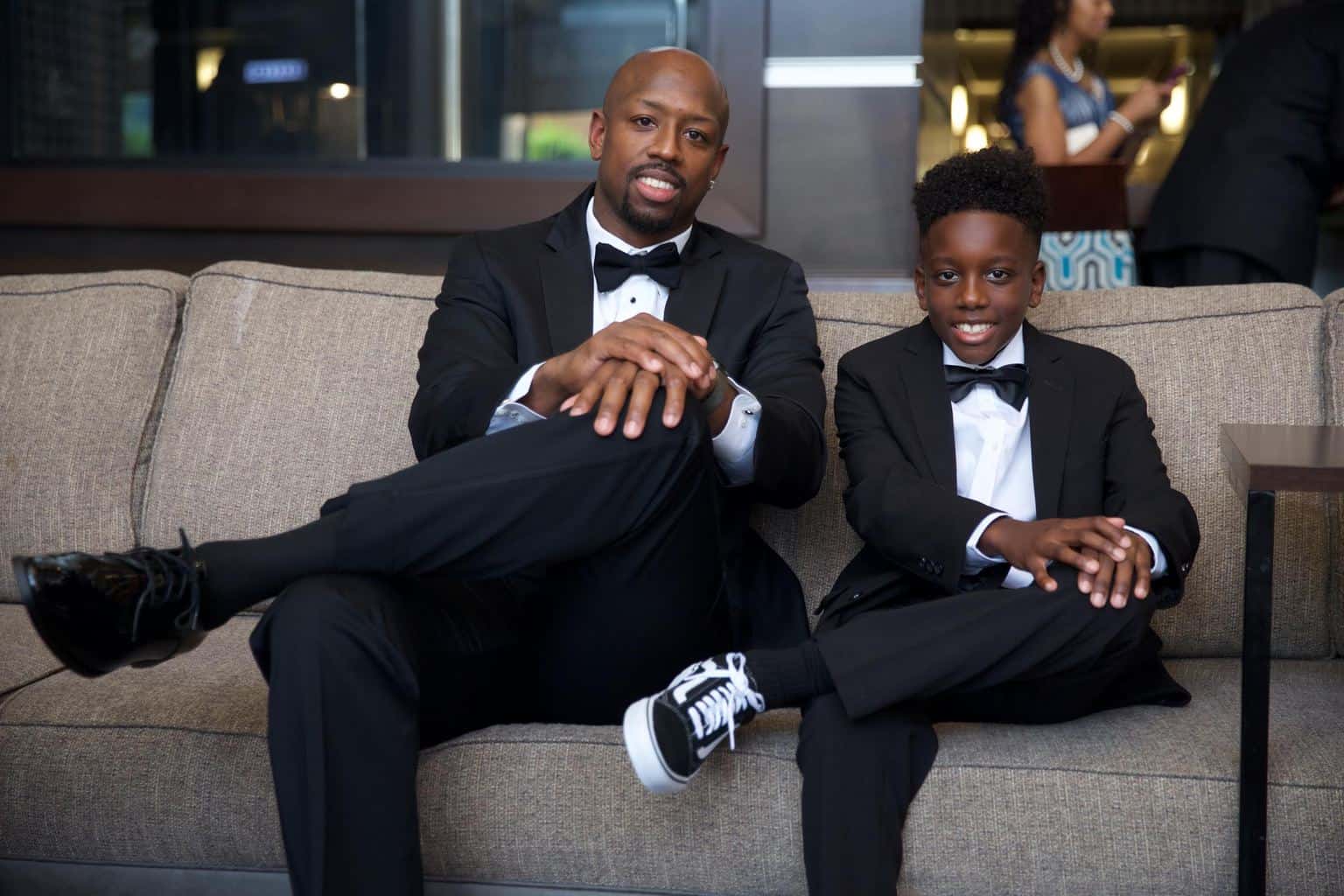 As the evening came to a close, the selected groups of supporters snapped photos and began to exit the room, but the Mu Psi Chapter and other Omega Men stayed to salute Deloatch. Deloatch always looked for the purple and gold in the stands, whether it was his line brothers road tripping with his schedule, or friends finding tickets when the Giants and Saints came into town. The ceremony well attended, not only by almost all of his line brothers and their Dean but also a collection of Mu Psi alumni brothers already in the Hall of Fame that were there to welcome their neophyte into the new fold and relish in the opportunity to call him “brother,” twice over. In familiar fashion, the bruhz stayed around to laugh, joke, reminisce, and take pictures “hooks up” with Deloatch, until ushered out in order to close the building. 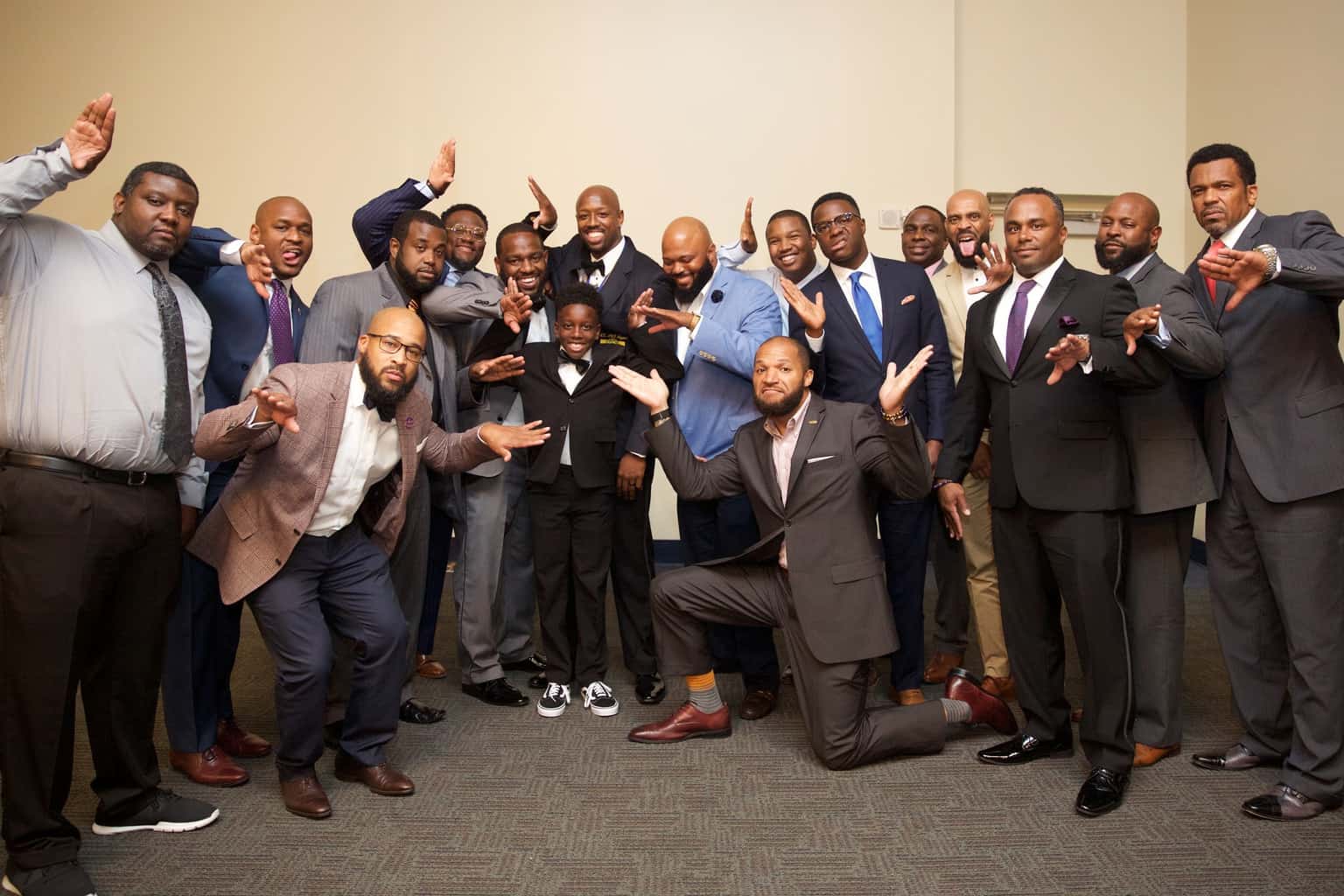 (This article was written by Christopher F. Preston)