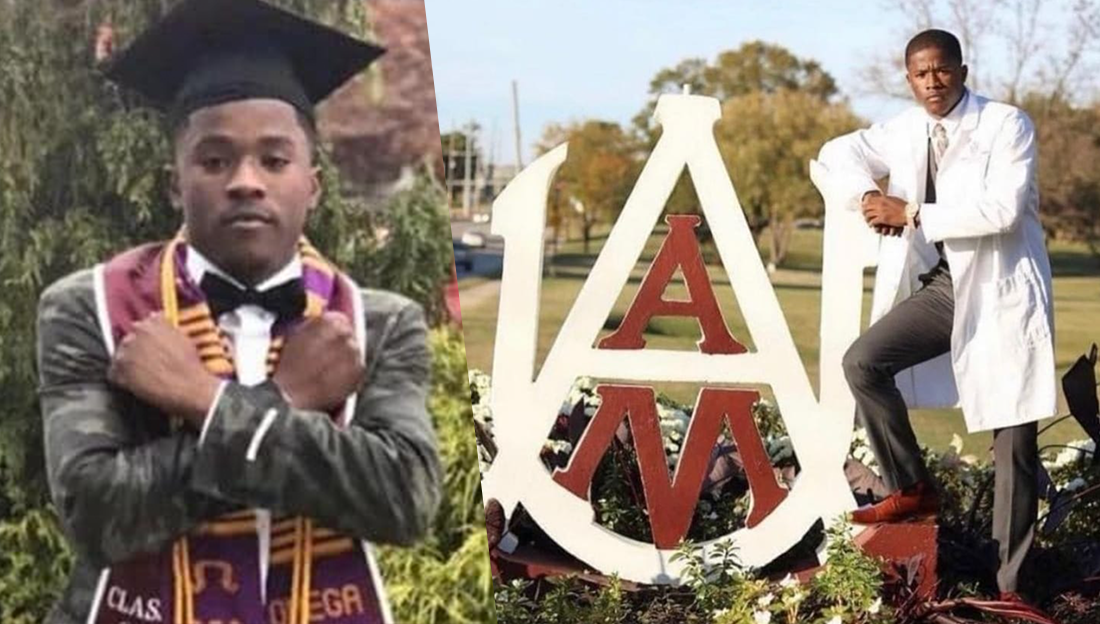 Black greekdom is currently mourning the death of Jelani Day, a member of Omega Psi Phi and graduate of Alabama A&M University who had been missing since August 24th.

On Thursday, the LaSalle County Coroner announced that a the deceased man found in Peru, IL earlier this month on September 4th near the south bank of the Illinois River has been identified as Jelani Day.

A graduate student at Illinois State University, 25-year-old Day was last seen on campus Aug. 24. His family reported him missing the next day and his family, friends and fraternity brothers started searching for him. Celebrities including Lizzo, Jessie Williams and fellow fraternity brothers Steve Harvey and Shaq have also pleaded for more information about his death on a national stage via social media.

According to a news release from the agencies involved in the search, Day’s body was identified “through forensic dental identification and DNA testing and comparison.” His cause of death is still unknown, and pending further investigation, and toxicology testing.”

Jelani’s family took to the Find Jelani Day Facebook page after the announcement that his body had been found with the following message.

“There are no words to clearly communicate our devastation. We learned this morning from the LaSalle County Coroner the deceased man found in Peru, IL on Saturday, September 4 is Jelani. Our hearts are broken. We ask that you continue to pray for our family during what will be very hard days ahead. Throughout these 30 days, our very first concern was finding Jelani, and now we need to find out #WhatHappenedToJelaniDay At this moment there are more questions than answers surrounding Jelani’s disappearance and death, and that is where we will focus our energy. As of this moment, we do not know what happened to Jelani and we will not stop until we do. This week we learned new evidence has been discovered and police are working new leads related to Jelani’s disappearance. This case is not closed and the investigation is not over. We STILL need people who have information to come forward.”

The family is also asking for more information about details surrounding his death:

“If you know anything about what happened to Jelani, or had contact with Jelani in the days and weeks before his disappearance, please contact Bloomington Police Detective Paul Jones at (309)434-2548 or email him at pjones@cityblm.org. We have also hired JAB Professional Services to assist the police. Information regarding Jelani’s disappearance can be emailed/texted to Beliveaups@yahoo.com 618-223-0044 (C) The family is offering a $25,000+ cash reward. https://gofund.me/8ee08e46”

“Thank you to every single person who has thought about, prayed for, talked about and searched for Jelani,” the family stated on Facebook. “The love you’ve shown our family has sustained us and we will definitely need you even more in the days to come. We love each and every one of you for making Jelani’s story personal. We will continue to share updates on Jelani’s case as information becomes available.”

We at Watch The Yard implore anyone who has any information about Jelani Day’s death to speak up.

We also ask that you keep Day’s family, friends, and fraternity brothers in your thoughts and prayers. We need to find out what happened to him.