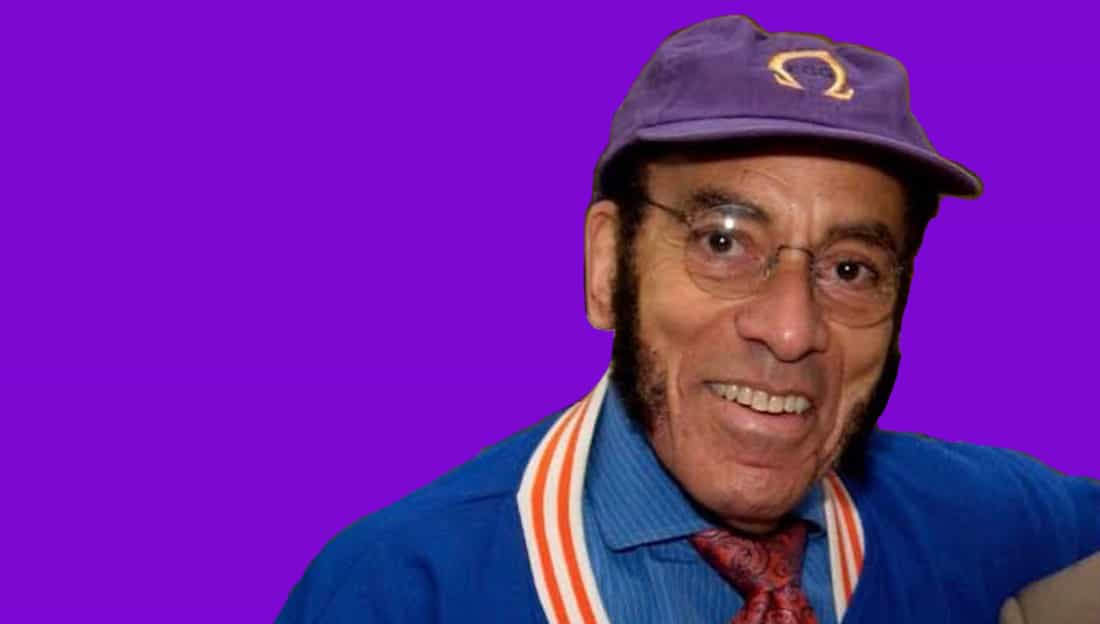 Black greekdom is currently mourning the death of Earl G. Graves, Sr., the founder of Black Enterprise, who died on Monday at the age of 85.

“At 9:22pm this evening, April 6, my Father and Hero Earl Graves Sr., the Founder of @blackenterprise, passed away quietly after a long battle with Alzheimer’s,” his son and current Black Enterprise CEO Earl Graves Jr. tweeted. “I loved and admired this giant of a man, and am blessed to be his namesake. LOVE YOU DAD!”

Black Enterprise, the media company focused on black entrepreneurship and black businesses that Graves Sr. founded fifty years ago this year also published a tweet honoring their founder and mourning his passing.

Before launching Black Enterprise in 1970, Graves attended Morgan State University, where he became a member of Omega Psi Phi Fraternity, Inc. in 1954 and received a Bachelor of Arts degree in economics in 1958. He was an ROTC graduate and attended Airborne and Ranger Schools.

After graduating from college, he wrote a letter to the Democratic National Committee and became a volunteer on the 1964 presidential campaign of Lyndon B. Johnson.

Through working with the party, Graves landed a role as the administrative assistant to Senator Robert F. Kennedy in 1965. After Bobby Kennedy’s assassination, Graves obtained a seat on the advisory board of the Small Business Administration in 1968.

Through his work on the Small Business Administration’s advisory board he decided that there was need for advice to businesses in economic development and urban affairs so he created an annual newsletter that highlighted black consumer power and issues relevant to black business people. He then turned the newsletter into a magazine, founding Black Enterprise in 1970.

“My goal was to show them how to thrive professionally, economically and as proactive, empowered citizens,” Graves wrote in his 1997 book “How to Succeed in Business Without Being White.”

From 1990 to 1998, Graves was CEO of Pepsi Cola bottling franchise in Washington D.C. He also held board positions with corporations including AMR Corporation, Daimler AG, Federated Department Stores, Rohm and Haas, the American Museum of Natural History and Hayden Planetarium in New York City.

He was also a member of the Board of Trustees of Howard University and served as the national commissioner of the Boy Scouts from 1985 to 1994.

He received the NAACP’s Spingarn Medal in 1999, was named as one of the 50 most powerful and influential African Americans in corporate America by Fortune magazine in 2002, and served on the Presidential Commission for the National Museum of African American History and Culture.

Graves legacy had a profound effect on the founding of Watch The Yard and many other minority focused media outlets that exist today.

We ask that you keep his family, friends and fraternity brothers in your thoughts. We also ask that you leave your condolences and memories of him so that his family can see how much he meant to all of us.