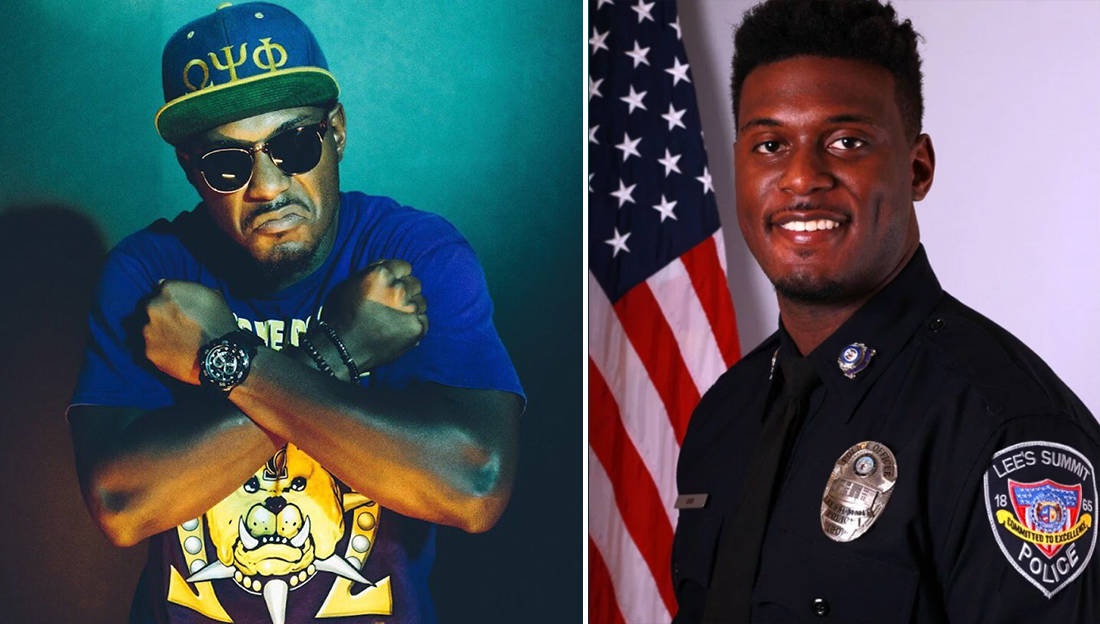 The fraternity brothers of Thomas Orr, III are mourning the death of their brother a thirty-year-old off-duty police officer and member Omega Psi Phi Fraternity Inc. who was shot and killed while attending a young professional’s party at a restaurant in Westport, Missouri.

According to Fox4, “Witness say two men, not Orr, got into an argument on the back patio of the restaurant. One of them pulled a gun and began shooting. One of the bullets hit and killed Officer Orr.”

Thomas Orr, III was a graduate of Lincoln University in Missouri and a member of the Omega Psi Phi Fraternity, Inc.

A true Omega man, Orr had dedicated his life to serving and protecting others as a Marshall, Mo., police officer, then as an officer in Lee’s Summit, assigned as the school resource officer at Bernard Campbell Middle School.

The passion and raw emotion of his fraternity brothers was displayed at his memorial where they broke into “All of My Love” and started hopping in respect to their brother. This video since gone viral and been viewed over 100,000 times on Youtube.

We ask that you keep Bro. Thomas Orr, III’s family, friends and fraternity brothers in your thoughts. We also ask that you leave your condolences and memories of him by sharing and leaving comments so that his family can see how much he meant to all of us.