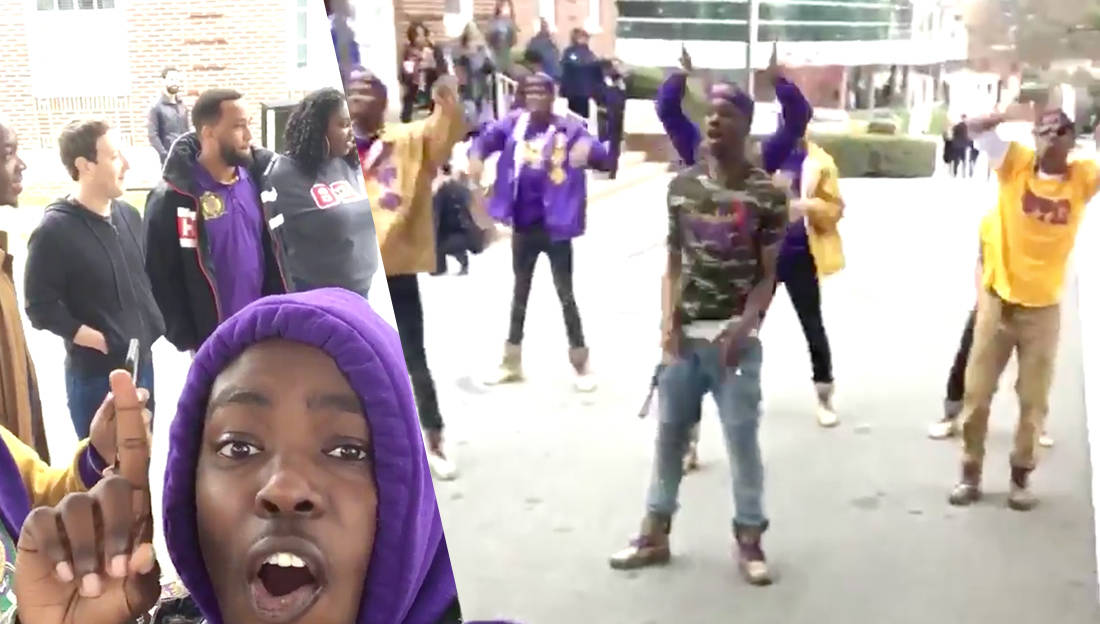 The founder and CEO of Facebook, Mark Zuckerberg, visited North Carolina A&T this weekend and got a warm welcome from the men of Omega Psi Phi!

Mark Zuckerberg, one of the most recognized business leaders in the world, visited the campus of North Carolina Agricultural and Technical State University as the featured speaker for the university’s inaugural Chancellor’s Town Hall on Monday. According to the university,

“The Chancellor’s Town Hall initiative was created to bring nationally distinguished guests to Greensboro for dialogue on matters of current and abiding importance to the campus community and the world beyond. It is part of the university’s commitment to creating an intellectual climate that encourages the creative exchange of ideas.”

N.C. A&T is America’s leading source African-American graduates in engineering, agricultural science and accounting, and is using these town halls as an “ongoing platform for high-profile exploration of major social, political, cultural, environmental and economic issues.”

“Zuckerberg was invited to serve as the series’ premier speaker; he will focus on a theme of “Building Community,” an idea he wrote about extensively in a widely discussed community letter that he shared on Feb. 16.”

While visiting, Mark received a warm welcome from the brothers of Omega Psi Phi, who performed a hop for him. A video of their performance was captured by @AyeeCurt_ and loaded to social media.

Check out the performance below and see Zuckerberg’s reaction for yourself.

Facebook's founder and CEO, Mark Zuckerberg visited #NCAT yesterday and the Ques hopped for him! ??

Share this on Facebook if you think the brothers of Omega Psi Phi at N.C. A&T deserve to go VIRAL!