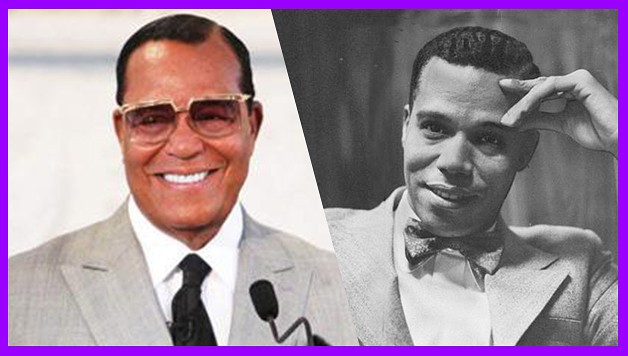 Did you know that the Honorable Minister Louis Farrakhan, the leader of the religious group Nation of Islam (NOI) once was on line to pledge Omega Psi Phi?

As a young boy in Boston, Minister Farrakhan, who at the time went by Louis Eugene Wolcott, was a celebrated violin player who had received rigorous training in the violin since the age of six. While he was an amazing musician, he decided to pursue a career in teaching once he finished high school so he headed south and enrolled at Winston-Salem Teachers College in 1951.

There he came in contact with the men of Omega Psi Phi and eventually got on line to pledge.

“Boy they beat the hell out of me,” said Min. Farrakhan. “I wanted to be an Omega so bad, the whipping didn’t matter,” he told a group of Omegas in 2011 during a speech after they awarded him a lifetime achievement award.

Min. Farrakhan made it through one week of pledging with the legendary basketball coach Clarence “Big House” Gaines mentoring him.

However, when it was time to go the next stage of the process, somebody in one of the graduate chapters spoke a negative word regarding the him, thus preventing his entrance into the organization. “Because I was then, a smaller version of what I am now,” said Min. Farrakhan. “A lot of people are not comfortable with me. A lot of people will talk to me behind the door, but don’t want to be seen with me in the public because there are forces in this country and in this world that I have to speak truth against, even if it costs me my life and friendship.”

While in college Min. Farrakhan married his wife Betsy Ross (She later took the name Khadijah Farrakhan). Due to complications with pregnancy, Wolcott dropped out after completing his junior year of college to devote time to her and their child. In order to support his family, he went back to music as a calypso singer and became very successful, even having one of his songs on the Billboard charts for five years in a row.

While on tour in Chicago he came in contact with the Nation of Islam and the rest is history.

In 2011, the Minister received the Omega Lifetime Achievement award from the men of Omega Psi Phi.

“We’ve got to grow up and stop being consumers and start being producers of what we consume,” Final Call reports that Minister Farrakhan told the crowd after receiving the award. “We should walk kind of heavy on this earth because nobody paid a price like you and I paid.

“For us to be standing in line looking for handouts when we built the country and made America rich, think about it! They owe us big time, but we’re not in any position to take it, but … they like seeing their face on green. America is for sale. How much of it do we own?” asked Minister Farrakhan holding up U.S. currency.

“What about the country full of Omegas? The best in the country, but we are all going in our personal directions while the country is sinking and taking us down with it,” said the Minister. “God wants to bless us, and we ought to put ourselves in a position to be blessed by God. Let’s really be men.”

>>> Did You Know That Malcolm X’s Wife Betty Shabazz Was A Member Of Delta Sigma Theta? <<<

Click on the arrows below to see our gallery of videos of Farrakhan singing as a young man.