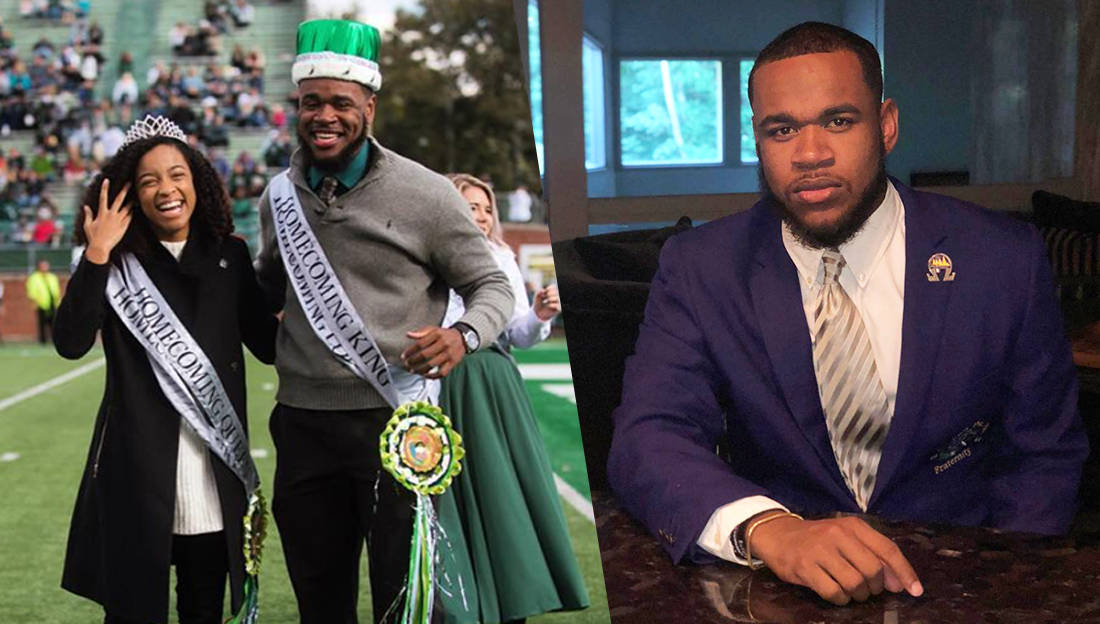 It is with great happiness that we inform you that Omega Psi Phi brother Keith Key has been crowned the Homecoming King of Ohio University.

Key, a Fall 2016 initiate of the Sigma Psi Chapter of Omega Psi Phi fraternity, Inc., is a Senior at Ohio University studying Business Management & Strategic Leader with a Minor in Finance. He is a three year varsity football player at Ohio University who became medically disqualified last season due to an injury.

“I used this [injury] as an opportunity to increase my involvement with the university becoming the Treasurer of both the Black Student Union and the National Panhellenic Council (NPHC) and being Chapter President for the 2nd year for my chapter,” he told Watch The Yard in an email. “Last semester in the spring, my chapter received the highest chapter GPA amongst all greek lettered fraternities on Ohio University’s campus.”

He was crowned the 2018 Homecoming King last week, bringing home a big achievement for his chapter, his fraternity, his friends and his family.

We at Watch The Yard would like to congratulate Keith Key on his achievement!