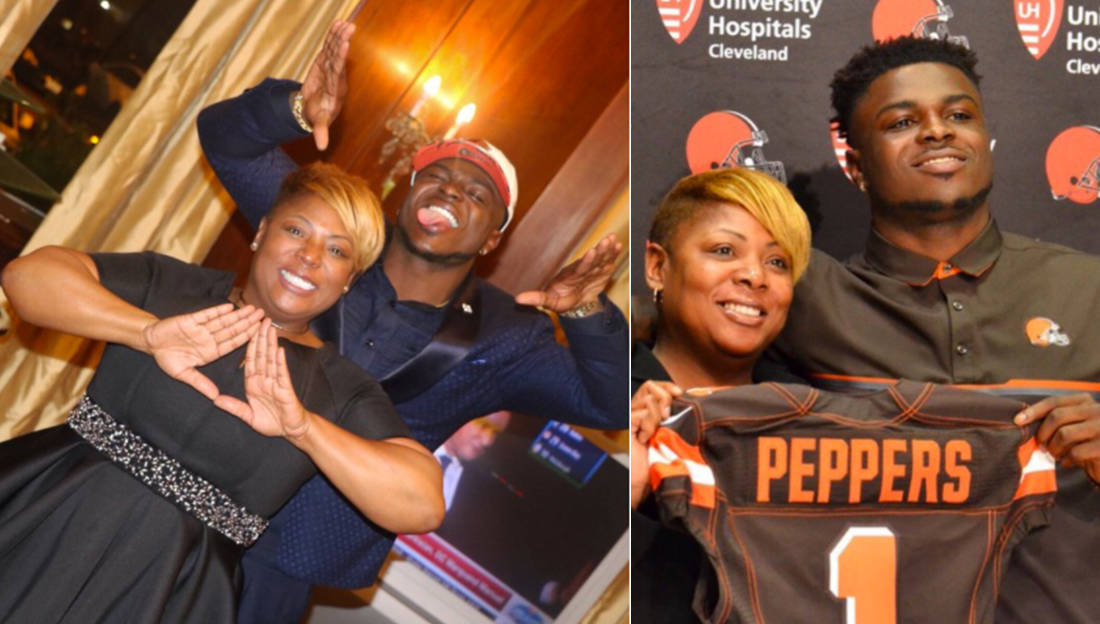 As members of the Black Greek community, we can’t be happier for Omega Psi Phi’s Jabrill Peppers for being drafted by the Cleveland Browns in the first round of the 2017 NFL Draft but there is definitely one person who is happier than us and that is his mother, Ivory Bryant, who is a member of Delta Sigma Theta.

Right after being signed Jabrill posted pictures of him and his mother to social media with her throwing up Delta pyramid and him throwing up the Omega hooks.

“We GOOD now mama!” he captioned the photo.

But this isn’t the first time that the two have showed their Omega Psi Phi + Delta Sigma Theta pride. This here is a picture he posted in December with his Heisman finalist plaque.

Jabrill’s mother has been close by her son’s career and like a true woman of Delta Sigma Theta, has made sure to watch out for her son’s best interests. According to reports, she once made him stay at home during an important Pop Warner Leauge game as a kid because he got a C at school. She is also said to have prepared a 41-question document that she made potential NFL agents fill out before signing her son.

Look at how proud she is watching her son SET IT OWT at his draft celebration party!

Thank you Jabrill and Ivory for giving us some weekly #D9FamilyGoals to look up to! We at Watch The Yard are so proud of BOTH of you!