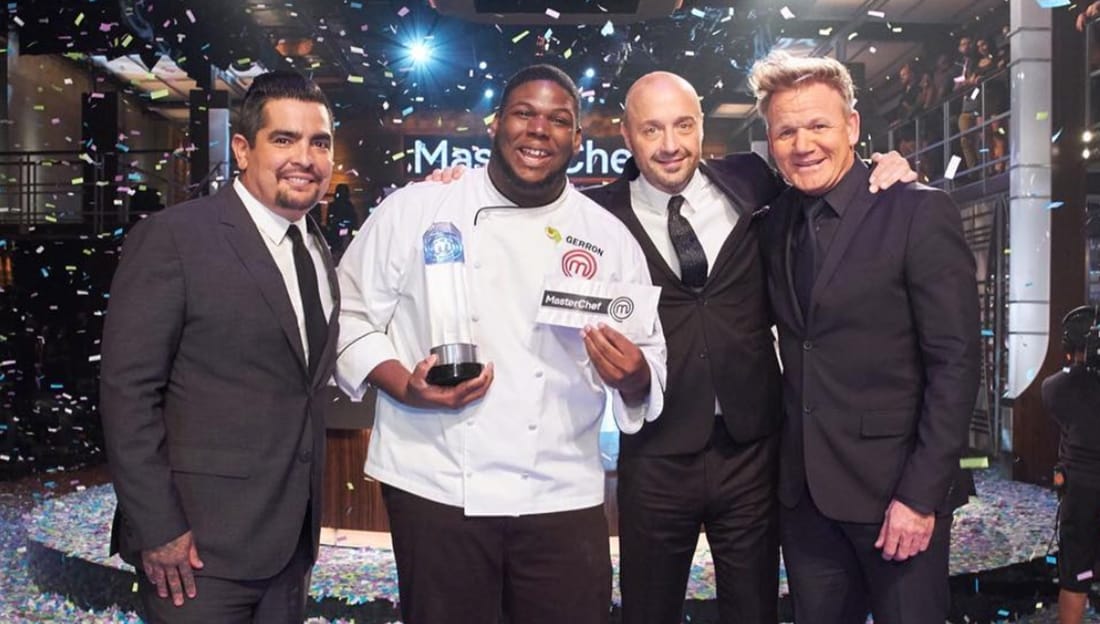 We all know that when it comes to cooking and grilling the brothers of Omega Psi Phi DON’T PLAY and fraternity brother Gerron Hurt proved this point again last night when he won first place on the show MasterChef.

The 25-year-old chef is a graduate of Fern Creek High School, Western Kentucky University and an initiate of the Gamma Theta Chapter of Omega Psi Phi Fraternity, Inc. who works as a high school English teacher in Nashville, Tennessee.

His southern inspired menu included hot quail with fingerling potato salad and poached quail eggs as an appetizer, Carabinero prawns with heirloom grits, shellfish au jus, and crispy shallots as the entrée, and Amaretto chess pie with a raspberry coulis and popped sorghum for desert.

By winning the competition, Hurt was awarded the grand prize of $250,000 and all of the fame and exposure that comes with winning the nationally televised show.

Hurt will also be a featured instructor at Camp MasterChef, a culinary camp for kids ages 8-16 years, that is run by the show.