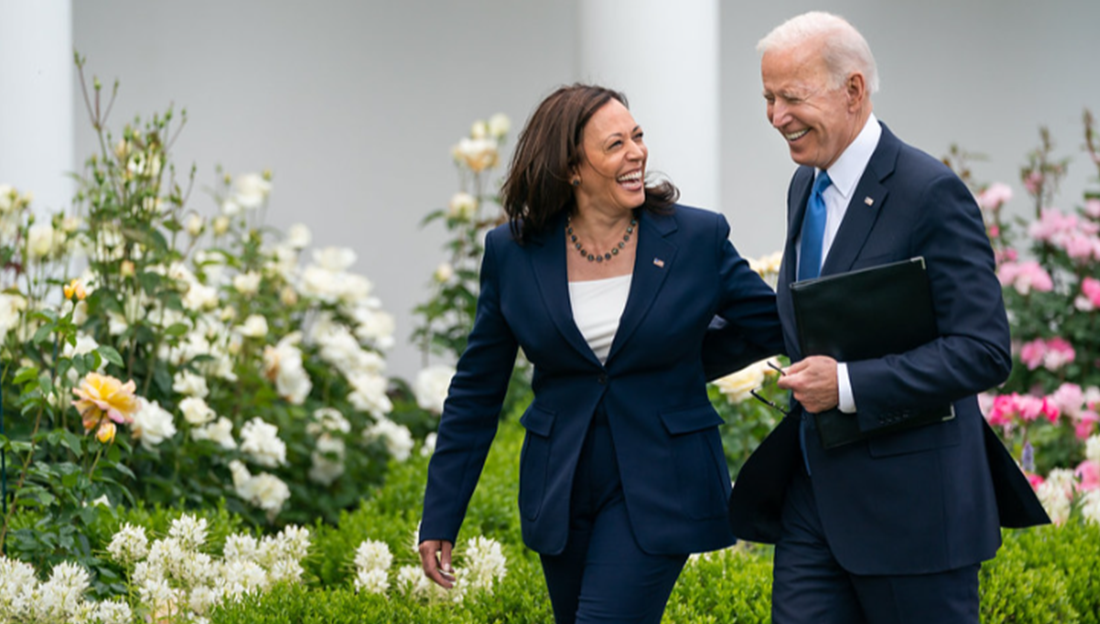 According to the White House, President Biden will personally reach out to each of the Divine Nine organizations in 2023 shooting videos for their founders’ days a move that may further cement the bonds between the Biden-Harris administration and these Black fraternity and sorority organizations. The President has previously stated that “if you want to know where the real power in America lies, it’s in the Divine Nine.” This sentiment is reflected in the diverse makeup of his administration, which includes several members of these organizations in prominent positions.

Of course, the first Black female Vice President of the United States, Kamala Harris, is a member of Alpha Kappa Alpha Sorority. Other notable members of the Divine Nine currently serving in the administration include Alpha Kappa Alpha soror Shalanda Young, the first Black woman to run the federal government’s $6 trillion budget, and Marcia Fudge, the former president of Delta Sigma Theta Sorority, Inc., who now serves as Secretary of Housing and Urban Development. Additionally, the White House Office of Public Engagement, led by Keisha Lance Bottoms of Delta Sigma Theta Sorority, Inc., holds regular meetings with Divine Nine leadership to ensure that their priorities are adequately represented in the administration.

A brother of Alpha Phi Alpha Fraternity, Inc., Michael Regan holds a very important role in the administration as the Administrator of the Environmental Protection Agency. Regan has made history as the first Black man to run the EPA. During the election, the Biden-Harris ticket also included many D9 members throughout their chain of leadership including Kamau Marshall, a Brother of Alpha Phi Alpha, who served as the Biden-Harris Director of Strategic Communications.

In 2021, the Biden-Harris Administration named Watch The Yard as an official streaming partner of the presidential inauguration, and Vice President Harris hosted an hour-long meeting with the Council of Presidents of the nine sororities and fraternities in her ceremonial office. This was the first time all nine organizations had been invited to the White House to meet with a president or vice president.

In 2022, the Administrator of the U.S. Small Business Administration (SBA) announced a strategic alliance memorandum with Kappa Alpha Psi, Fraternity, Inc.’s current Grand Polemarch Reuben A. Shelton III, Esq., on behalf of the National Pan-Hellenic Council (NPHC)’s Council of Presidents, to focus on increasing financial literacy within traditionally underserved and disadvantaged communities, expanding the Agency’s outreach, and introducing Black entrepreneurs to the SBA’s suite of tools and resources to start and grow their businesses, including access to capital, government contracting opportunities, and counseling.

In the coming week, according to the Whitehouse, President Biden will share personal messages with Alpha Kappa Alpha, Delta Sigma Theta, and Zeta Phi Beta, highlighting the senior leadership of his administration who represent these organizations. He will also speak at Ebenezer Baptist Church on Sunday at the request of Alpha Phi Alpha’s Reverend Doctor Raphael Warnock, further emphasizing the importance of this partnership.